Annie Wright Schools students in Tacoma did their part to aid the homeless crisis by building a tiny home that will eventually live in a South Lake Union village. 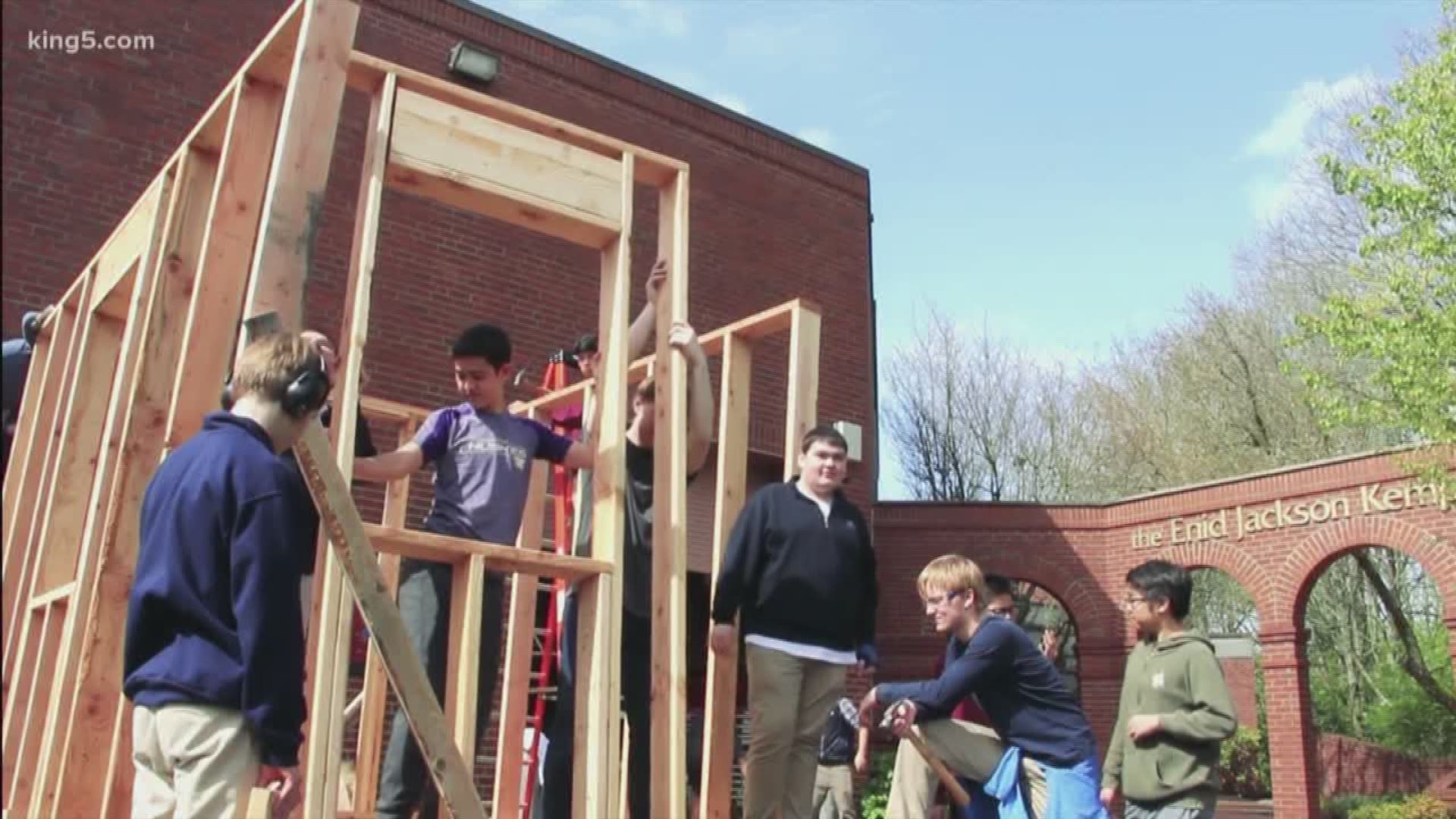 Students at Annie Wright Schools in Tacoma just completed a project that will make a big difference for a few homeless people in the area. The students built a tiny house that will eventually end up at Nickelsville South Lake Union in Seattle.

Six months ago the idea started as a simple sketch on architecture paper.

“We first had to find a problem, and we ended up with homelessness as a major problem, and then how do we solve that? We went through floor plans, elevations, trying to figure out what needed to be in the house,” student Carter Nelson said. 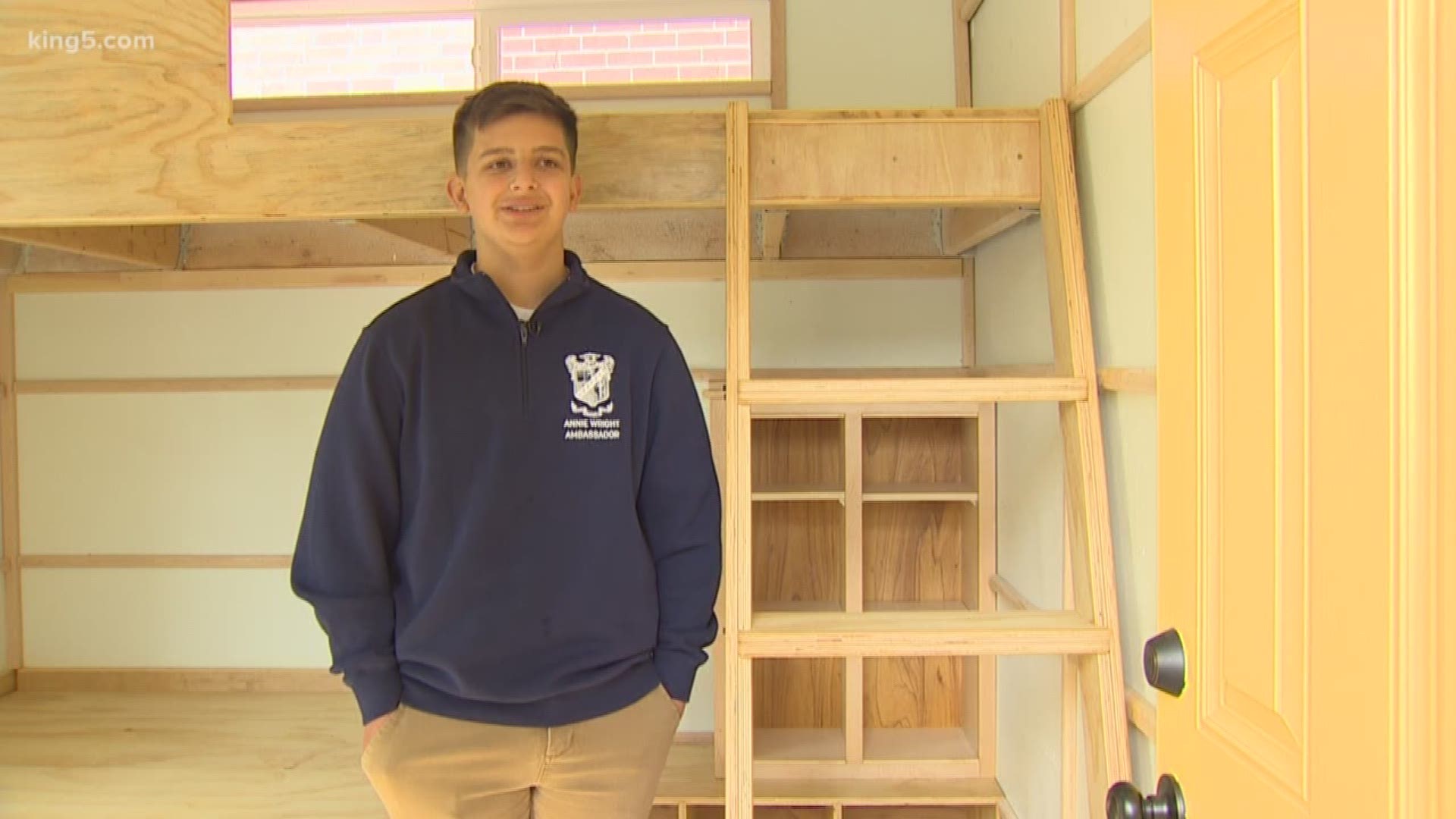 They even toured Nickelsville Georgetown to see what may help the people most.

“When you’re limited by size to this degree it’s important that you make every bit of space count,” Athow added.

A few weeks back Seattle Mayor Jenny Durkan identified tiny homes as a possible growing solution for the homeless crisis. Now these students have done their part to help out.

“It provides warmth, shelter, and possibility for someone to improve their life,” teacher Joe Romano said. “It’s amazing. I think that one of the things I want to accomplish as an educator is to teach kids to unleash human potential for kids to change the world, and this is an opportunity to do that in very concrete terms. To take design and make an impact in our community.”

The tiny house has been temporarily moved to Seattle's SODO neighborhood, but it will move to its likely home in Nickelsville South Lake Union in a few weeks.