Tacoma racing to find 400 shelter beds ahead of tent ban

A ban on 'structures with walls,' including tents, goes into effect in Tacoma on Dec. 1. 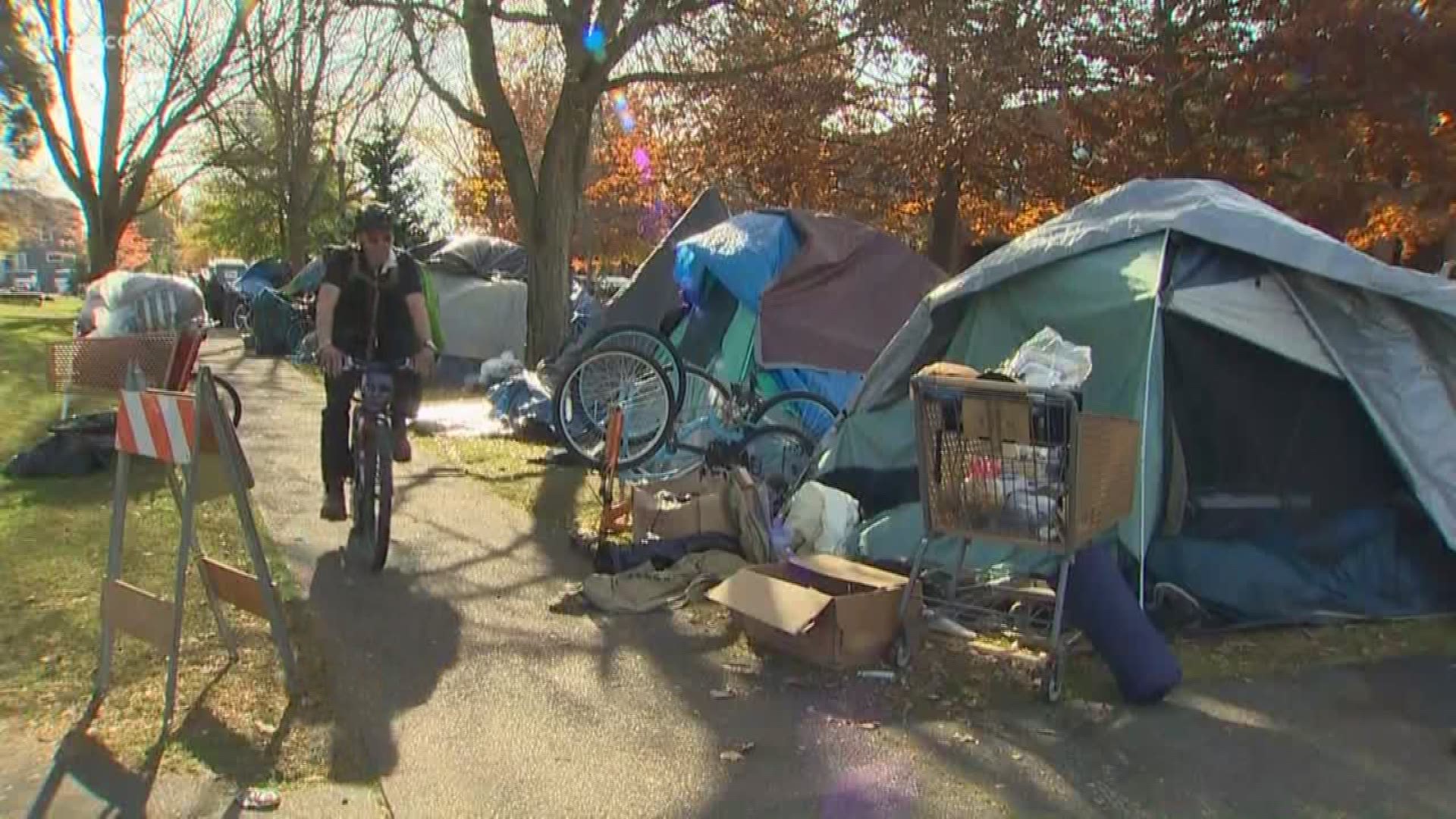 TACOMA, Wash. — The City of Tacoma is racing to find 400 shelter beds for the homeless ahead of a December 1 ban on 'structures with walls,' including tents.

City officials admit it is unlikely the organizations would be able to find 400 beds in three weeks.

Pamela E. Duncan, CEO of the Metropolitan Development Council, said her organization found a small parcel of land that could accommodate some people living in tents, but added, “It’s not reasonable to expect that that’s going to accommodate 400 beds.”

She said she is optimistic that, by December 1, she could establish at least two temporary sites for the homeless.

Azon Sulton, a pastor of Jesus Way Movement and Ministries, spends a couple of days a week talking to the homeless in Tacoma’s parks. Though he commends the city’s efforts, he does not believe 400 beds will solve Tacoma’s homeless problem.

“Four hundred beds I don’t think is enough,” he said. “I think it’s way more than 400 people living out here on the street.”

Sulton said some of the homeless people he’s spoken to said they will head to wooded areas if they are cleared out of parks.

Jeff Hechavarria, 30, who moved to Tacoma from New York looking for restaurant work, said he became homeless a few months ago after having a falling out with his brother. He and his wife live in a tent and have struggled to find shelters that will take both of them as a couple. He said he has no plan after December 1.

“What are we gonna do after that when we’ve got nowhere to go?” he asked.