Barbara Poppe believes these types of villages are on the way to becoming shantytowns. 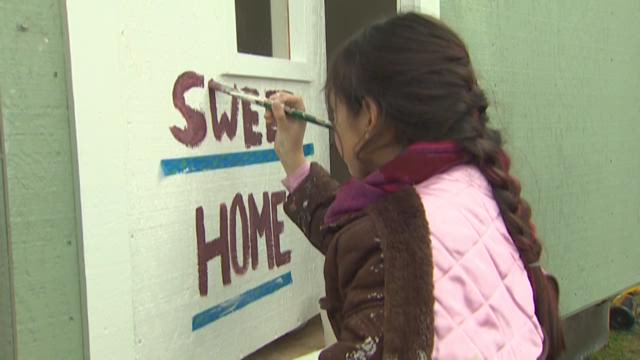 Eight months after issuing her report to help the city of Seattle find solutions to its homeless crisis, the consultant hired by the city is still critical about progress particularly when it comes to tiny house villages.

"Seattle and King County are on the right track, but I still have concerns," Barbara Poppe, a homeless expert and consultant once hired by the city. said. She also led President Barack Obama’s homelessness agenda from 2009 to 2014.

The main concern Poppe has are the tiny house villages and sanctioned encampments still being established citywide. The newest camp at 86th Avenue N. and Aurora Avenue N recently opened with the goal of housing up to 70 homeless residents in small, 8-foot by 12-foot wooden huts with electricity and heat.

Poppe believes these types of villages are on the way to becoming shantytowns.

"What is the difference between those and refugee camps?" she said. "In many circumstances, a refugee camp is a higher standard. I look at those spaces, and I wonder what would it take for your community to rapidly deploy the resources and construct some permanent apartments there."

Poppe mentioned this in her report released last September.  That report suggests Seattle should rely less on transitional housing and more on programs that give people short-term help to return to regular housing.

Mayor Ed Murray says he is working toward a plan to do just that.

The Low Income Housing Institute which creates the tiny house villages, has also said it wants tiny houses to be only a temporary fix before a more permanent solution that includes affordable housing.