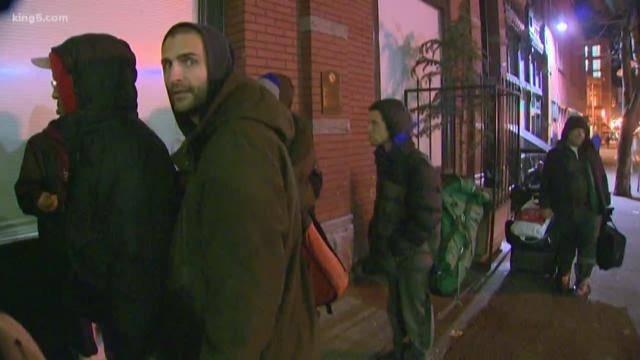 For the first time since 2010, America's homeless population has increased.

In January, cities across the U.S. conduct an annual Point in Time count. This year's collected data is now a part of a report that the U.S. Department of Housing and Urban Development released Wednesday.

The report revealed nearly 554,000 homeless people across the nation. That is up 1 percent from 2016.

In Seattle, the unsheltered population grew by 44 percent over two years to nearly 5,500.

Wednesday night, a homeless man named Edward said for him it was the "rent factor."

"Cost of living is too high in Seattle, and I was forced out of my place, because of rent increases. I couldn't pay it anymore, which drives me further away from Seattle to find affordable housing," said Edward.

He's been living on the streets for a year. Every night he waits in a long line, hoping to secure a spot in one of Seattle's shelters.

At city hall, homelessness has been called a crisis.

Recently, former Mayor Tim Burgess announced $34 million in new funding. The plan is for more money to be spent on enhanced shelters, which provide support services including treatment, case management, and housing connections.