A man was shot and killed by another person living in the encampment on May 31. Seattle crews cleared the camp Friday and connected people with resources. 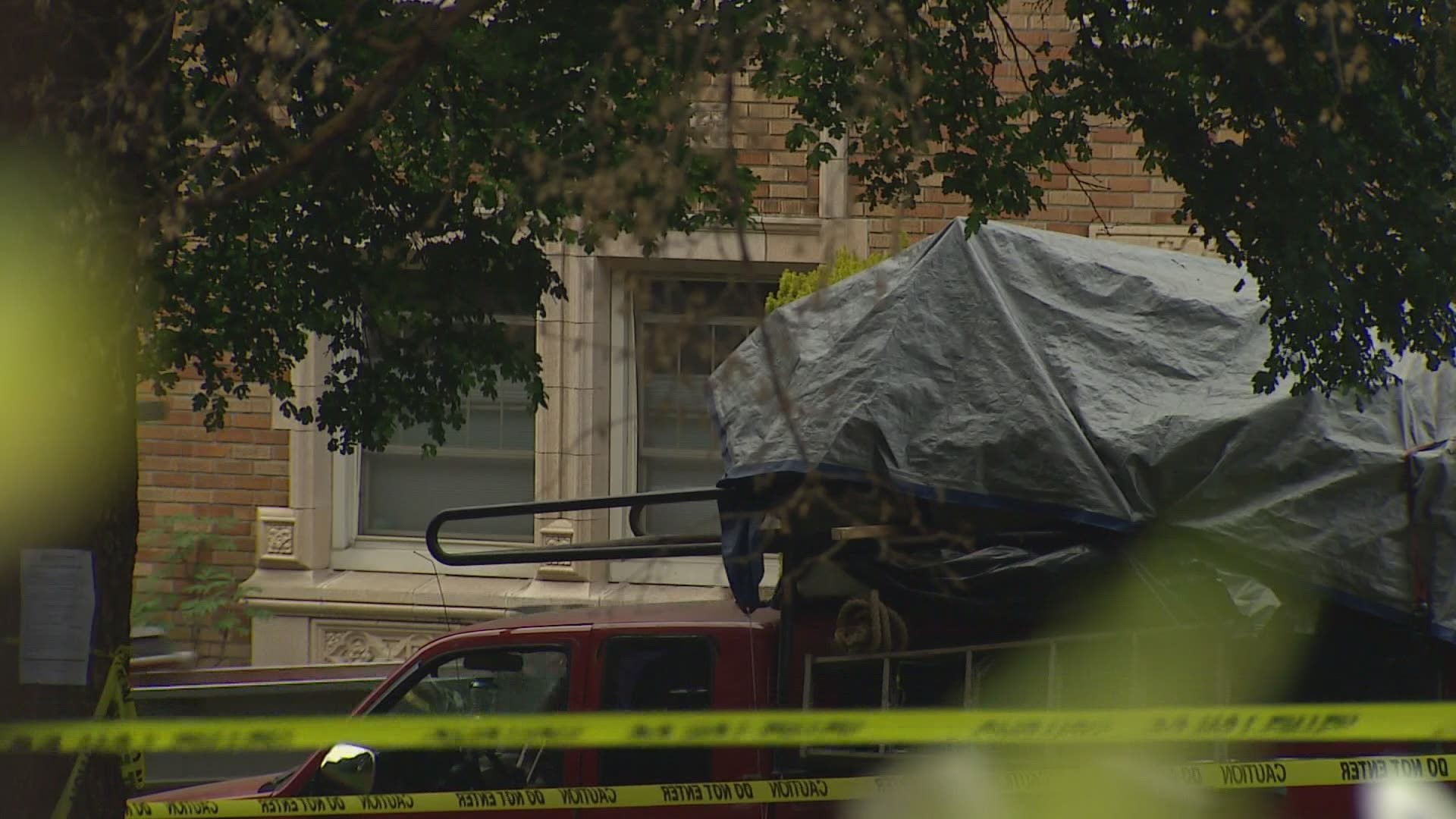 SEATTLE — Crews with the City of Seattle cleared out a homeless encampment Friday in the Ravenna neighborhood following a deadly shooting in the area last weekend.

Over the last six months, Seattle police and firefighters have responded to the general area around Olga Park, where the encampment was established, over 70 times, according to a statement from a city spokesperson Friday.

The most recent response was on May 31 when a 31-year-old man was shot several times in the chest by another person living in the encampment. The victim died at the scene.

"I think it was bound to happen," said one neighbor who asked not to be identified for safety reasons. He's lived in the neighborhood for 25 years and said the encampment had been a problem since before the pandemic.

"People with mental problems walking around the neighborhood screaming. Attempted break-ins," he said. "People urinating in the doorways, that kind of thing."

He said the encampment had taken a turn for the worse recently with a rougher crowd showing up and the city unwilling to do anything about it.

According to the city's spokesperson Friday, a City of Seattle program within the Human Services Department that coordinates homelessness outreach and referrals to shelter has been working with outreach providers for months to connect individuals living at Olga Park with services and shelter as available.

But the shooting appeared to be the last straw for the city.

On June 2, Seattle Parks and Recreation staff posted a notice that any remaining belongings in the camp needed to be removed by Friday, June 4, when crews arrived to clear the encampment out.

The city and outreach groups were able to connect several individuals with housing resources, according to the city.

The park space will be closed to the public from June 4 through June 18 for Parks and Recreation staff to address any damage to the park and reestablish vegetation, city officials said.