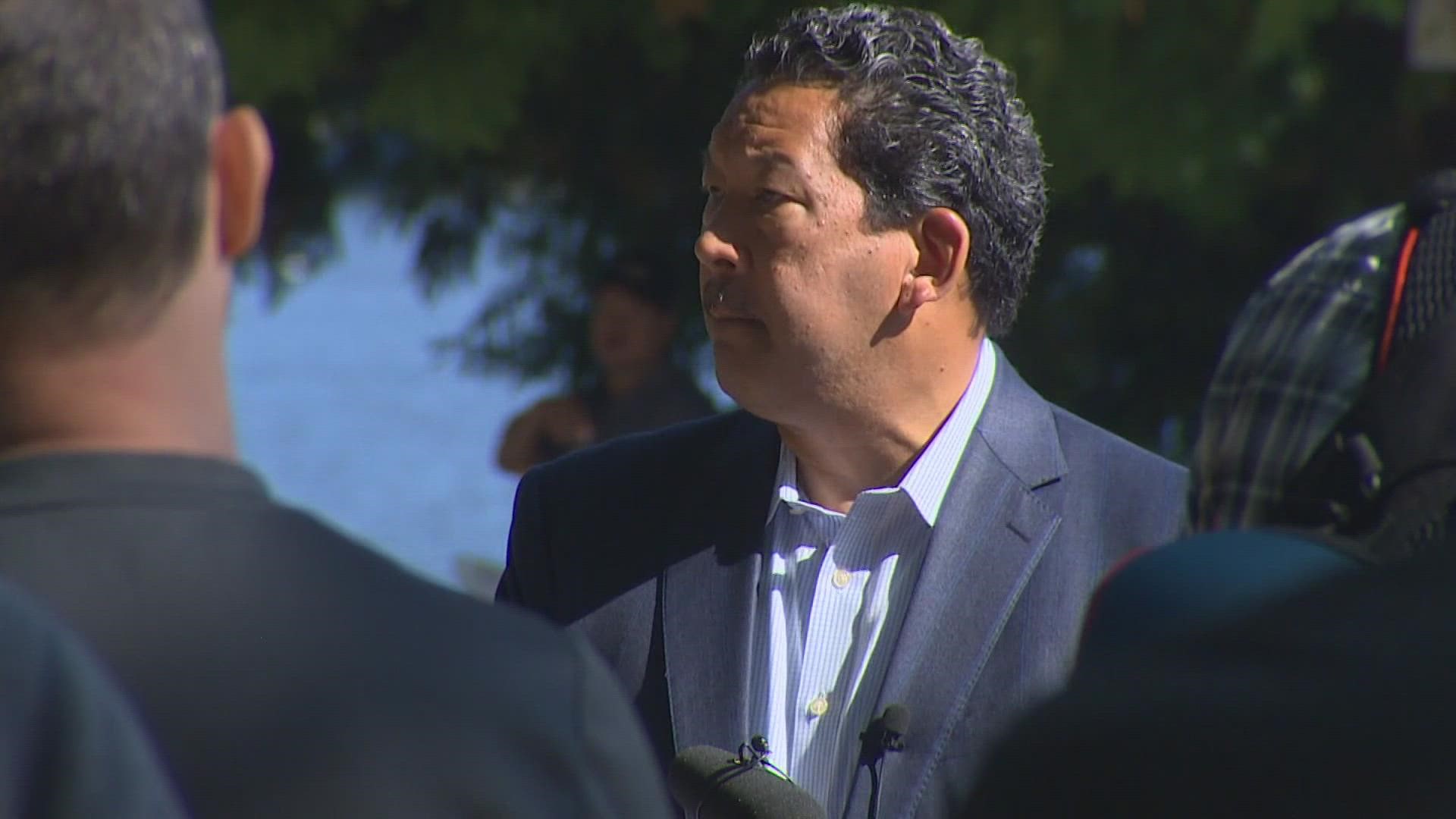 It was the closest any mayoral candidate has come to calling for removals of encampments that have only grown in size because of the pandemic.

Harrell made the comments at what he called a press conference but devolved into an open-air public forum on the banks of Greenlake on Thursday.

The former Council President, turned candidate, outlined what he says is his strategy for reducing homelessness if elected.

Homelessness is a hot-button issue in the Greenlake community, which has seen a swath of Lower Woodland Park, adjacent to the lake, taken over by dozens of tents.

"This is a matter of public safety at this point, we're sick and tired! We're berating each other on NextDoor because there is no leadership in this city," said Niamh Coleman, who questioned Harrell about his action plan.

Harrell told the crowd he would establish a minimum of 12% of the city budget to address housing and spend a minimum of 50% of 2022 American Rescue Plan dollars on housing and services.  He also said he'd identify 1,000 units of emergency supportive shelter in the first six months in office, and another 1,000 by the end of the year.

But one key point drew applause from the group of frustrated residents.

Harrell said he would "ensure that city parks, playgrounds, sports fields, public spaces, and sidewalks and streets remain open and clear of encampments", and that he would fund the restoration of parks and public spaces.

Harrell also said he would clear the Park encampment in his first weeks in office.  "If it is not done by the time I take office in January it will be one of my highest priorities. You will see I don't want to say January, February but I will say January,  February because I work with a sense of urgency."

Harrell was asked by another resident where would the people go, to which Harrell replied, "We offer that person housing, they refuse to go, what do we do with that person? That's the question. I'll be honest with you, as I only know how to be, that's a tough situation. I think there need to be consequences for that kind of action."  Several people applauded the response.

“We all agree Seattle, like many west coast cities, is experiencing a dire housing and homelessness emergency. We also agree that our unsheltered neighbors need more emergency shelters, more access to housing, and more services.

Bruce Harrell outlined no serious plan today to pay for the shelter and services that are needed. He refuses to call on the wealthy and big corporations to pay their fair share to solve this problem because they are the ones who are bankrolling his campaign. Without funding, his promises of more shelter and more services are just more of the same empty promises we’ve heard for years.

Harrell also cruelly suggested that we punish people for not going to shelter when our shelters are at capacity. Punishing people experiencing homelessness for government’s failure to build adequate and available shelter and housing is wrong, though unsurprising from a candidate who routinely uses our unsheltered neighbors as political props."

Harrell was the top voter getter in the primary election with 34%. González was a close second at 32.1%.