The city of Portland on Thursday bought its first bus tickets for homeless people who want to leave town. 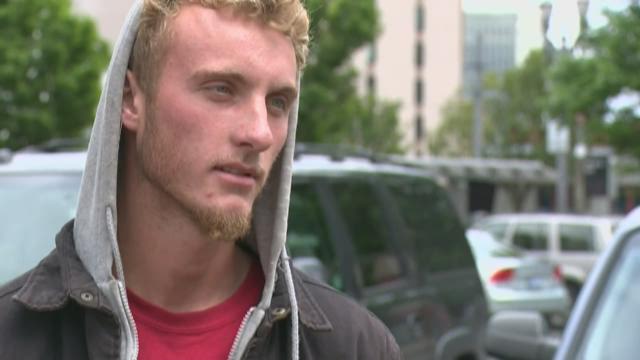 PORTLAND, Ore. -- The city of Portland on Thursday bought its first bus tickets for homeless people who want to leave town.

“Homeward Bound,” the city-funded program designed to bus the city’s homeless out of town, officially began Thursday. At least 40 homeless people want to leave Portland, and it's only day one. Officials in charge have been fielding calls and taking sign-ups since March.

One of those people, 18-year-old Dillon Hendershot, was ready to go at 5 p.m. Thursday.

He'd been sleeping in a tent under the Broadway Bridge since. He said he would have only lasted three more days.

"Then I would have just walked," Hendershot said.

The city paid for Hendershot’s ticket after staff at Transition Projects, a local non-profit, interviewed him and his mom. She lives in Spokane, and once she confirmed he could live with her, staff arranged the trip.

Susan Salisbury, who works at a call center at 211info's Oregon and southwest Washington hub, said the program will be a learning experience.

“This is a pilot,” said Susan Salisbury with Transition Projects. “So, we’re going to be learning as we go along.”

Most of the 40 or so homeless people looking to sign up for the project have called 211info.

And they’re not just getting there by bus. Salisbury says officials will pay to put homeless people on trains, planes or even give them gas money, if they have a car. Staff at 211info say they leave that up to Transition Projects to decide.

However, nothing happens until staff can confirm a family member or friend in the destination city will be there to pick up the homeless person and help them get back on their feet.

Three months after they leave Portland, staff at Transition Projects say they plan to follow up.

If the participant has become homeless again, they’ll work to put them in touch with nonprofits in their new city.