The plan includes a dozen cottages to house around 20 residents. 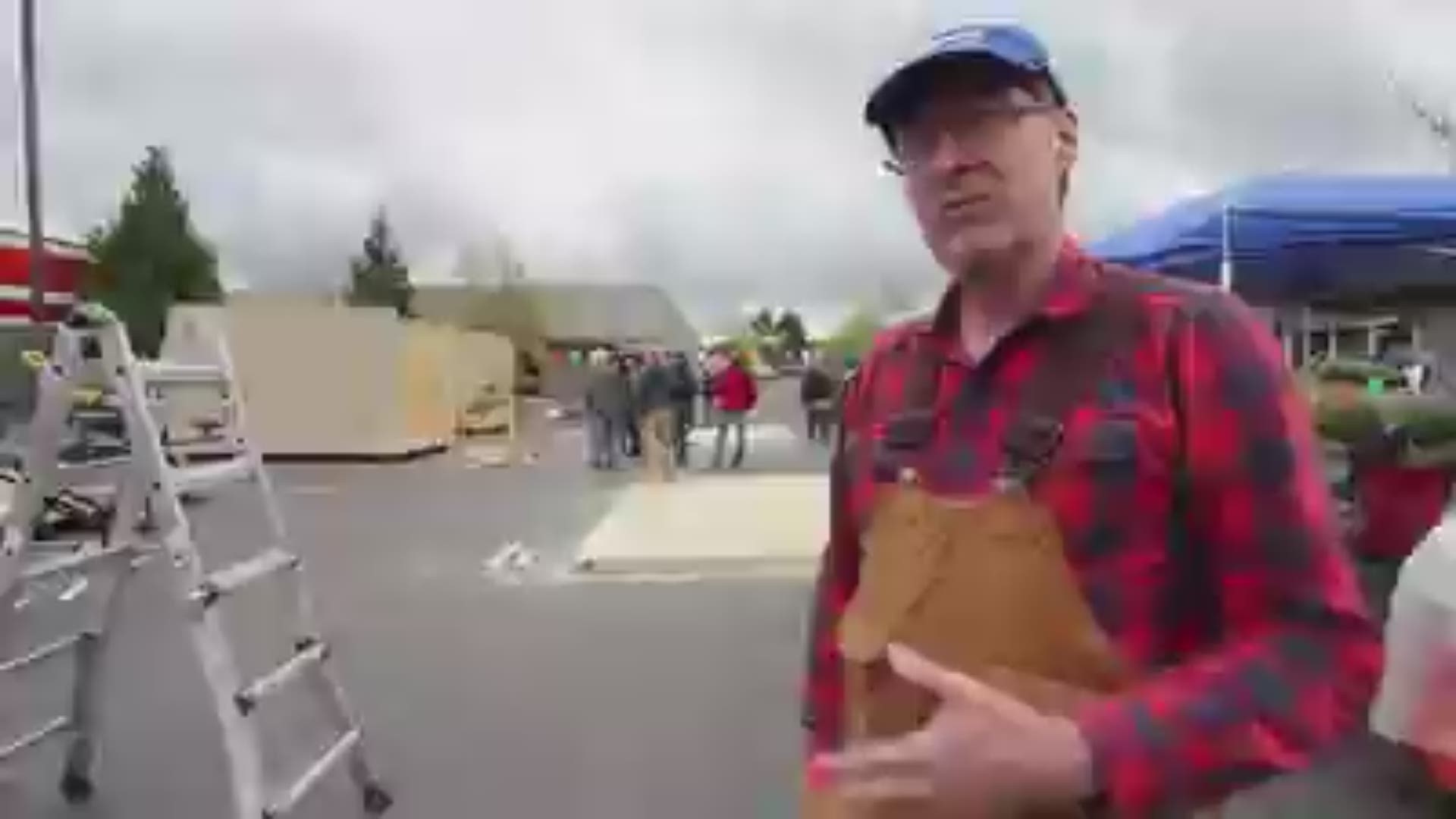 Members of the Port Orchard Church of Christ agreed to move forward with plans to host a tiny cottage village for the homeless after a vote on Sunday.

The vote does not guarantee that a village will be placed on church land, said Lisa Bratcher, a church member who serves on a committee formed to research the logistics and report back to the whole church. Sunday's vote authorizes the committee to negotiate with Kitsap County on contracts needed to set up and operate the village.

The church is not alone in the endeavor, which involves the county, social service agencies, other churches, nonprofits and multiple community groups.

The plan is to place about a dozen small wooden structures, built by local groups, on the church property on Salmonberry Road to house an estimated 20 people — individuals and families. The goal is to give temporary housing — albeit modest — to people working toward greater stability.

The village will be fenced with 24-hour security. Residents will undergo background checks. There will be a zero-tolerance policy on drugs and alcohol.

No timeline has been set for an opening.

Port Orchard Church of Christ, Kitsap County and support organizations under the umbrella "Homes for All" now must work out a host of details on site preparation and management, as well as screening and supervision of residents.

A meeting among those groups is planned Tuesday in Bremerton.

Church did its research

Kitsap County Commissioner Charlotte Garrido approached the church last fall to ask if it would consider being the site host. Other sites were considered but none came to fruition.

Church members, including those on the "fact-finding" team, approached the proposal with caution, Bratcher said. The team spent months gathering information on everything from county regulations that allow for transitory accommodations to site topography to security. Their research included a visit to a tiny home village in Seattle, which will serve as a model for Kitsap.

A primary concern of committee members is the screening process for residents, Bratcher said. Under the preliminary plan, Kitsap Community Resources will screen residents. Kitsap Rescue Mission will provide ongoing case management. Garrido has said residents will be low-risk individuals likely to find permanent housing within a few months.

Some church members expressed concern and even fear about the village, Bratcher said, but feedback the team has gotten indicates that the more people learned, the more positive they felt about the plan.

The congregation of Port Orchard Church of Christ has voted to move forward with a proposal to house a tiny house village on its grounds on Salmonberry Road. The homes are about the size of a garden shed. (Photo: Larry Steagall / Kitsap Sun)

Neighbors will have a voice

Some neighbors of the church have spoken out against the village, citing concerns about safety, litter and the potential impact on their property values.

"As the hands and feet of Christ in our community, we are very concerned about the safety and security of our neighbors," Bratcher said. "The parable of the good Samaritan teaches us that our neighbors are more than those just living around us. They are also those around us in need. If we have the means to help our neighbor in need and do that in a safe and secure way for us and our residential neighbors, we want to be a part of that."

Neighbors will have multiple opportunities to weigh in during the planning process and once the village is up and running, said Tim Blair, spokesman of Homes for All.

The county's ordinance requires a posting of the property and notice of opportunity for public testimony once the church applies for a permit. Homes for All plans to host meetings above and beyond the requirement, with the first question-and-answer session possibly later this week, Blair said.

In addition, Homes for All representatives will canvass the neighborhood inviting questions about the village.

"We're moving forward. I'm excited about it," Blair said. "We want people to be heard. We want them to feel listened to. We have a really good plan in place, and we want them to hear the details."

The group plans a neighborhood cleanup as a gesture of goodwill.

Neighbors will have the opportunity to serve on an advisory committee that regularly meets to discuss how things are going in the village and to address any concerns. Others on the committee will include resident leaders and service providers.

What's next for village planning?

The cabins, about the size of a garden shed, have been built with volunteer labor and materials.

While some footwork on the logistics of installing them has been done, work now begins in earnest to hammer out the details of permitting, installation of utilities and buildings. In addition to the cabins, modular homes will serve as communal kitchen, bathroom and shower facilities. Site management, including security, will be handled by Housing Kitsap.

Kitsap County's Housing and Homelessness Division can now firm up a budget for construction and operation of the village. While budget details aren't yet available, one thing is clear: the church won't be footing the bill. Its role is simply to host the site.

Community groups through Homes for All have been actively fundraising, and volunteer contractors have stepped up to offer in-kind work, such as the installation of utilities.

Other possible funding sources include the county's mental health tax and grants.