The City of Olympia is planning a controlled site, with basic services, to host the city's growing homeless population. 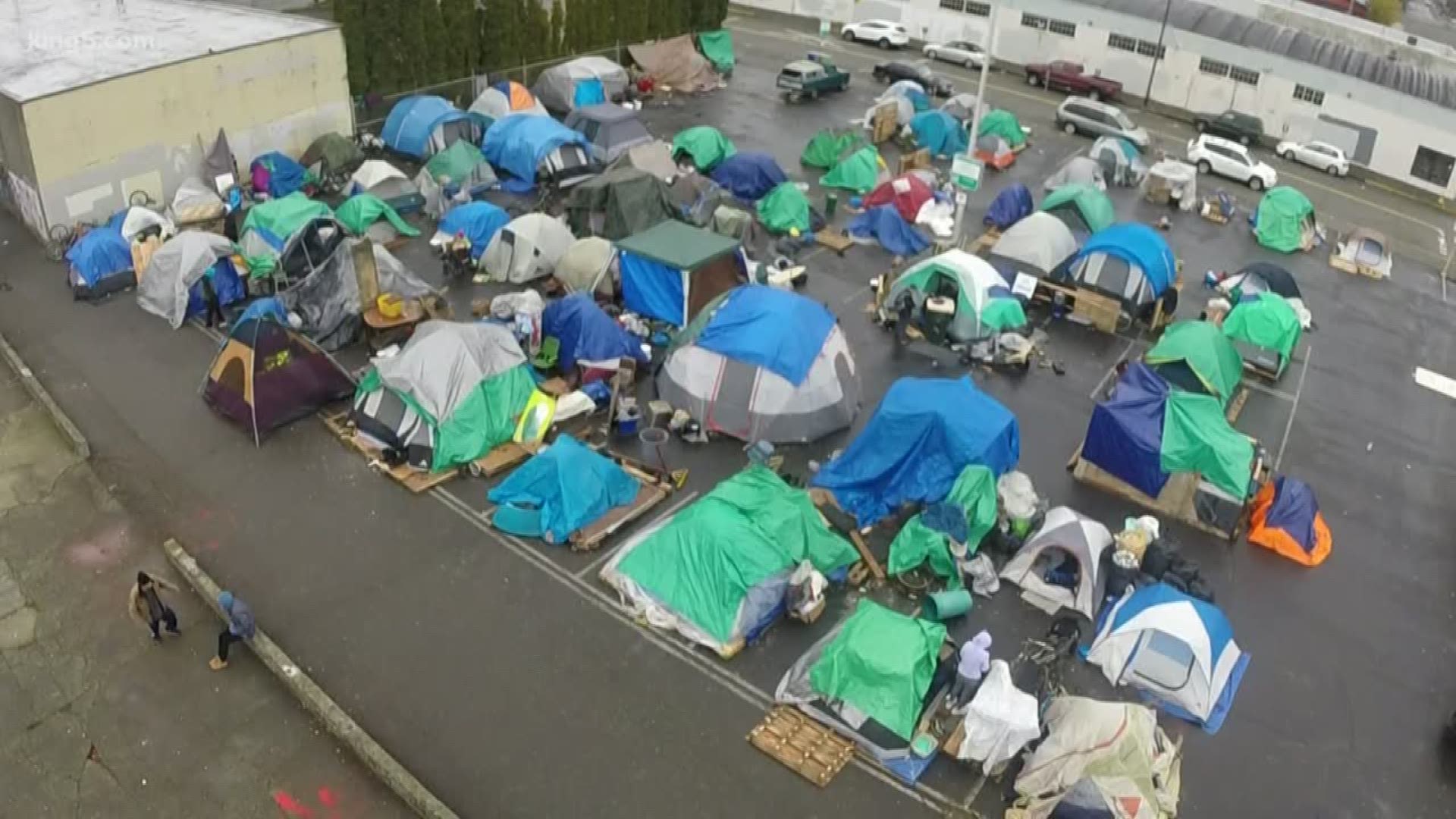 OLYMPIA, Wash. — In August, the City of Olympia counted 30 tents downtown. By the end of October, the number was 311.

“Our community, our region really, without having an adequate way to respond to homelessness, we’ve created this,” said Colin DeForrest, Olympia’s Homeless Response Coordinator.

DeForrest said the city planned to clear some of the downtown encampments in September.

Those plans changed following a Ninth Circuit Court of Appeals ruling that declared that practice, based on a case from Boise, Idaho, to be a cruel and unusual form of punishment — unless the city has ample shelter space.

“We really put a pause on any encampment cleanups we were doing to really assess: are we doing everything right?” said DeForrest, “And what you’ve seen is a huge increase in encampments.”

He said Olympia is planning on turning one of the city-owned parking lots into what will be called a “Mitigation” site. Fences will go up around the lot, likely by the end of the year, said DeForrest.

Those allowed to camp in the lot will need to register and obey rules, in exchange for safety and basic services.

"We'll have portable toilets, garbage services, they’ll have a brand new tent, they'll have a spot to stay in, and they’ll have the opportunity to be successful,” said DeForrest.

He said establishing a controlled area for the campsites should enable the city to remove campers from other parts of downtown.

Business owners have raised concerns about the increase of tents, and DeForrest understands why. The city will be meeting with members of the Olympia Downtown Alliance next week.