Activists brought a group of people experiencing homelessness to stay in the hotel without paying. Wednesday, police ordered them out. 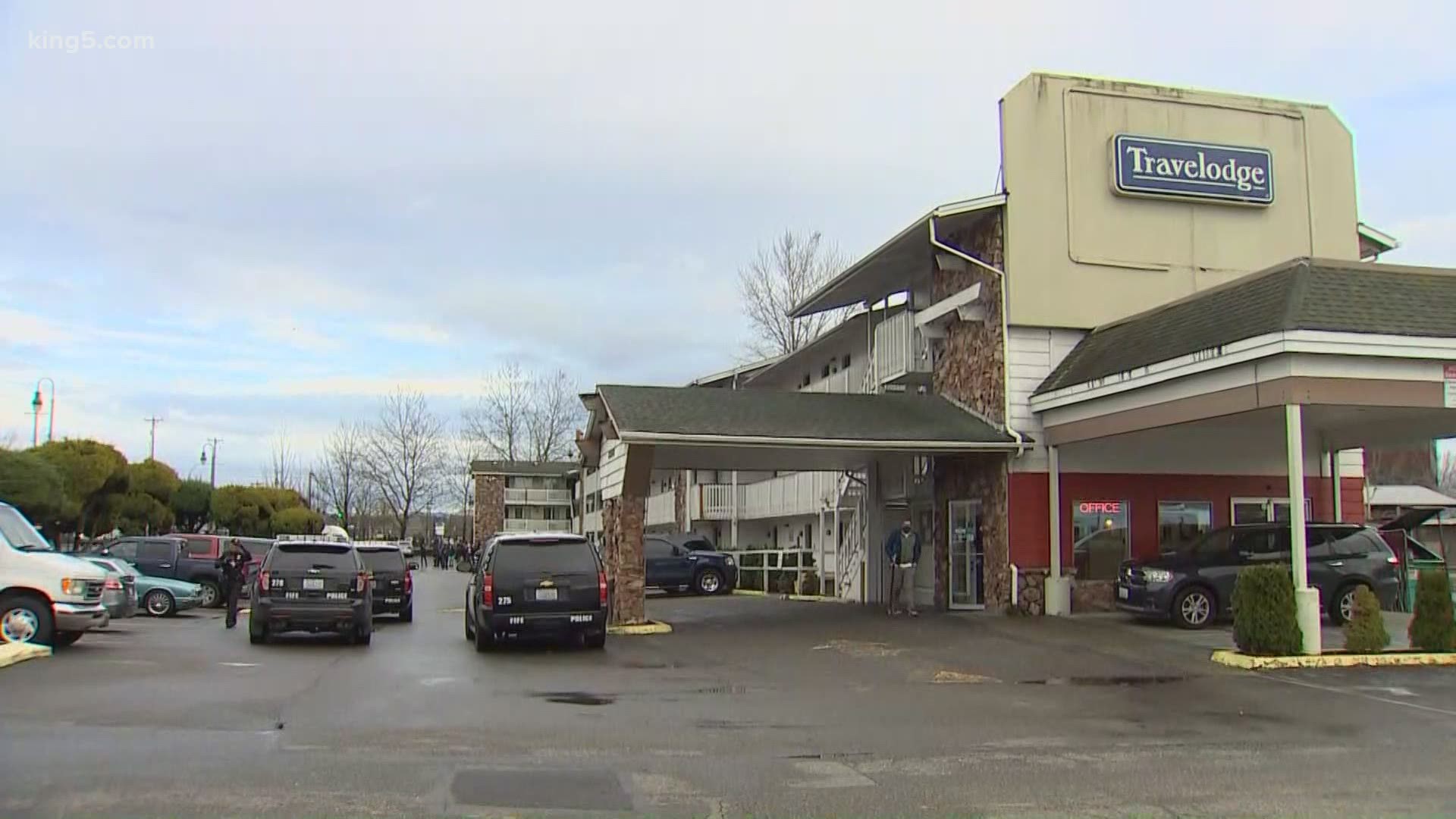 FIFE, Wash. — A group of people experiencing homelessness that was staying in a Fife motel without paying for the rooms has left the property, according to police.

The group was organized by advocacy organization Tacoma Housing Now, which booked 16 rooms at a Travelodge in Fife, and paid for one night on Christmas Eve.

However, the group refused to leave and pressured the city and county government to step up and pay the bill.

On Wednesday morning, six days after the group moved in, Fife police ordered the non-paying Travelodge guests to leave the property, at the request of motel owner Shawn Randhawa.

All those guests "voluntarily left," according to a statement from Fife Police Chief Peter Fisher.

Tacoma Housing Now spokesperson Rebecca Parson agreed that all left without major incident, but disputes the city's characterization of "voluntary."

"It's a total joke and an Orwellian use of the word 'voluntary,' because the police were at the hotel threatening people with felonies, and they're now going on the record in news articles saying they might charge us with felonies," she said. "So I don't know what world we live in where threatening someone with felonies if they don't leave, and then they leave, is that voluntary? Of course not. It was not voluntary."

A criminal investigation into the people who illegally occupied the motel is ongoing, Fife Police said, and it could include felony charges.

Parson said the group does not plan to return to the motel. Tacoma Housing Now previously occupied an old middle school in the area.

Before police arrived, Fife City Manager Hyun Kim said in a letter that the city secured temporary shelter for the members of the group. The Tacoma Rescue Mission offered shelter beds and transportation, according to Kim.

Public health officials also offered help to individuals who said they had COVID-19, according to Fisher.

Five people are believed to have COVID now, Parson said, including 3 organizers with the group. She spoke while quarantining at home because she may have been exposed.

Fisher said the city now has procedures in place to make sure that if something like this were to happen again, it would be met with “swift and certain actions.”

In a phone call with KING 5, Kim said there was an effort to secure hotel vouchers, but it didn't come through. He said other hotels had been "spooked" by the group's actions.

Parson previously said the group wouldn’t leave until their demands were met, including that the city and county pay the Travelodge owner for the unpaid nights. Wednesday, she said most of the 43 people staying there were back in encampments.

She also noted the group had received death threats after some Twitter users picked up the story, claiming a connection to Antifa. A handful of protestors with American and Trump 2020 flags came to wave signs in front of the Travelodge in the afternoon after everyone cleared out. 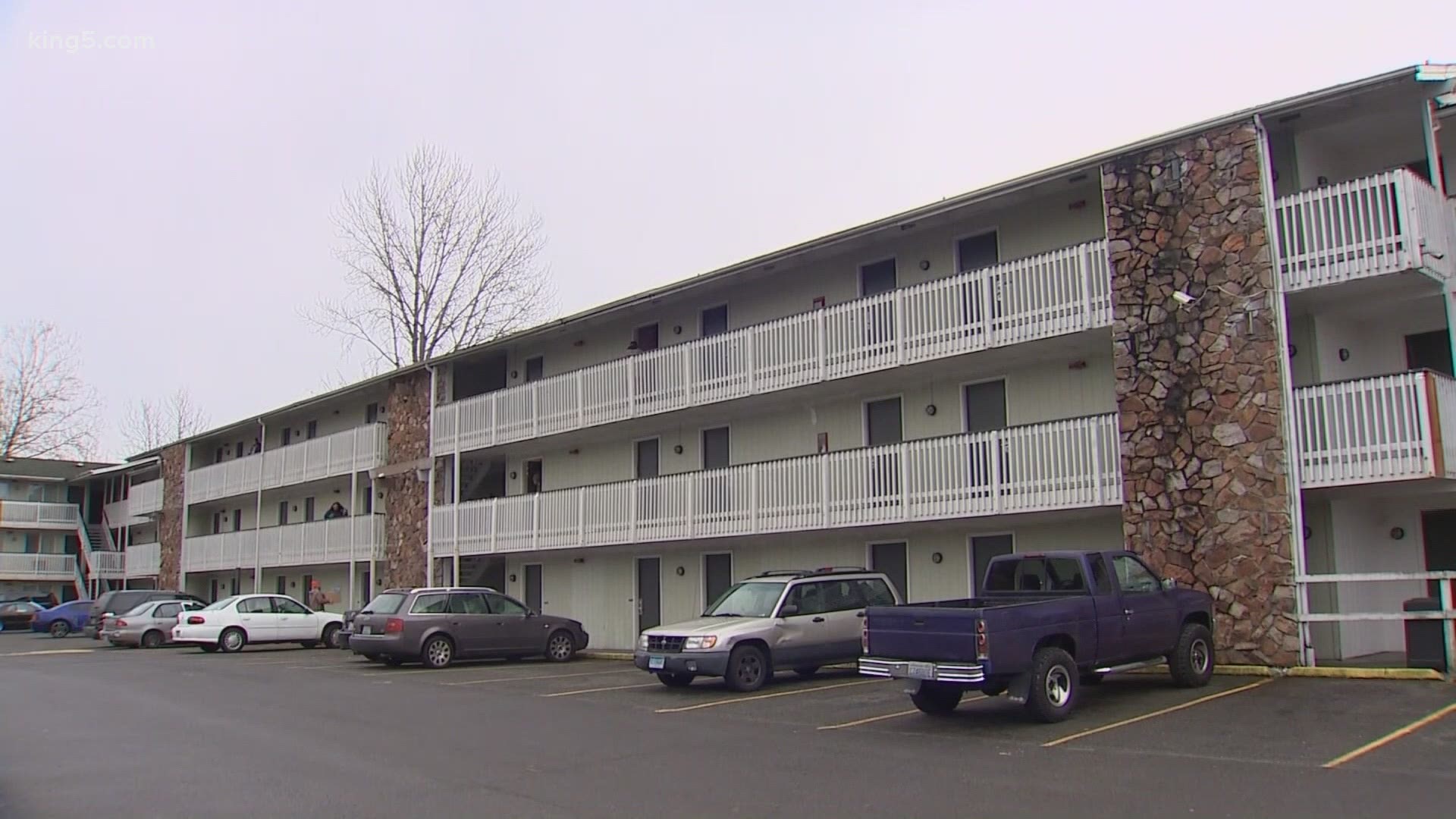