Jessica Dietsch says the "Coffee Camper" is really a community project of Project Serve, with food, clothing and more coming from people who want to serve others. 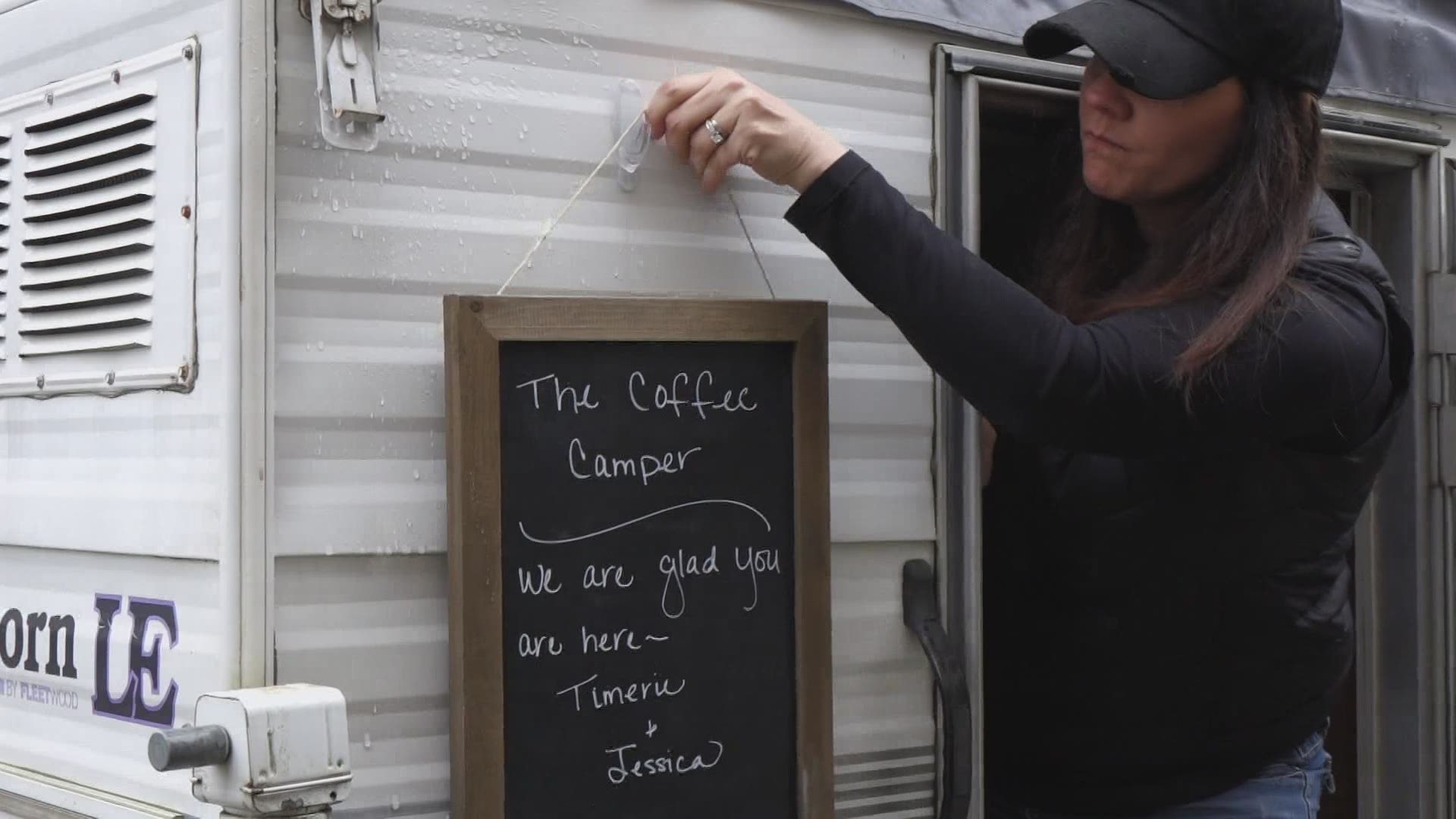 EVERETT, Wash. — On Wednesdays, Jessica Dietsch of Snohomish loads up her “Coffee Camper” with donations of food, clothing and other essentials, and distributes them to people experiencing homelessness.

She's used her family camper for this outreach during the pandemic, though an old horse trailer is currently under renovation to become a permanent mobile unit. Dietsch says a friend pointed out that the old rusty trailer is symbolic of her mission at large: What was once new is now beaten down and in need of love.

That project represents the dedicated army of volunteers and friends who support the volunteer network that Dietsch created, called Project Serve.

Dietsch said she’s always felt a calling to serve. She said it wasn't until she was in her 30s and started attending church before she knew how she could help.

Dietsch, a stay-at-home mom, spends several days a week volunteering. She started Project Serve as a private Facebook group and it grew into a neighborhood and community cause.

“I mostly work with the homeless, that my focus right now,” Dietsch said.

Her community outreach efforts are being recognized by Medical Teams International where Dietsch has helped operate mobile dental clinics for more than 8 years.

"Jessica is always thinking of new ways to connect the homeless to the help they need and the caring, human fellowship they yearn for,” the organization said in a statement.

Dietsch says engaging with the homeless is most effective when it happens on a regular basis.

“We are all out there with the same goal and that’s to love on the people. Whatever you have to use. Whether it's dental or coffee, it’s really just a ploy to get them to come talk with you so you can build a relationship,” she said.

The regularity of her efforts is fueled by dedicated supporters. Each week donations are dropped off at her doorstep. Fresh baked goods, toiletries and more.

“I load it up and do the driving but this is a community effort coming together to do whatever they can to help,” she said.