Seattle Parks says recent maintenance efforts at Cal Anderson "have been met with threats of physical violence." A federal judge is now getting involved. 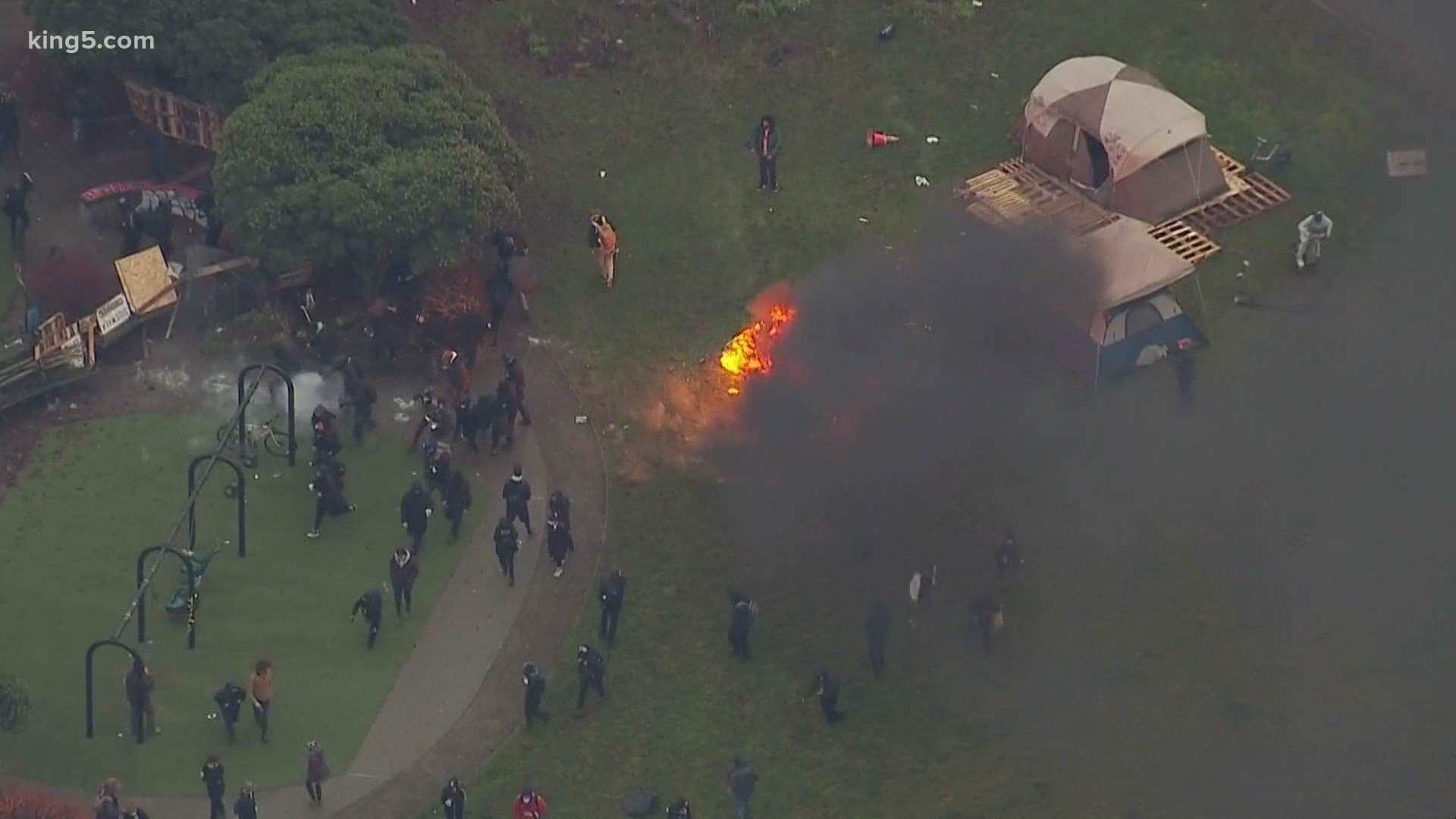 SEATTLE — An attempt to remove people occupying Cal Anderson Park in Seattle's Capitol Hill neighborhood was met with resistance Wednesday and now a federal judge is considering whether to temporarily block city officials from clearing out the park.

People living in the park were asked to remove their belongings by 7:30 a.m. Wednesday. However, protesters resisted, barricading a portion of the park and intentionally setting fire to a tent, according to Seattle Parks.

Now, the parks department is assessing the site and preparing for a multi-day "intensive maintenance and cleaning."

It's unclear when the park will be clear of the current occupants. According to Seattle Parks, recent maintenance efforts "have been met with threats of physical violence." This has required Seattle Parks to request police assistance.

The Seattle Fire Department has reported five fires at the park in about a month, according to Seattle Parks.

The park closed in late June after it became the center of protests in the "Capitol Hill Organized Protest" zone known as CHOP. Since then, people have continued to occupy it, setting up illegal shelters.

In recent days, additional protesters moved in to occupy the park, similar to the previous occupation, according to Seattle Parks.

Representatives from Seattle Parks were not available for an on-camera interview Wednesday regarding the clean-up and did not answer questions on whether the operation will proceed given the current circumstances.

Seattle Parks did issue a statement to KING 5 that said, "While some may be looking to protest or resist these efforts, the City’s goal remains the same—bring individuals experiencing homelessness inside into safer spaces including hotels and partner with community to reopen the park."

Health care providers and outreach workers have been on site offering shelter and other services to those experiencing homelessness.

The city alerted people Monday that the sweep would take place.

One of the people who, according to court documents, has lived in Cal Anderson Park sine June 2020 is attempting to at least temporarily stop the city from following through with its plans. Citing the U.S. Constitution and CDC standards for a global pandemic, Ada Yeager, one of 50 people living in the park, is seeking an emergency temporary restraining order and injunction prohibiting the city "from executing its pattern and practice of forcible eviction."

The Mazzone Law Firm, the firm representing Yeager, told KING 5 in a statement, "Currently there is a pending motion for a restraining order and the Judge will hopefully rule tomorrow. We have confidence the City will honor the integrity of the legal system and await the ruling before taking any action. We will have another statement after the court rules."

Yeager also filed a lawsuit for compensatory and punitive damages. 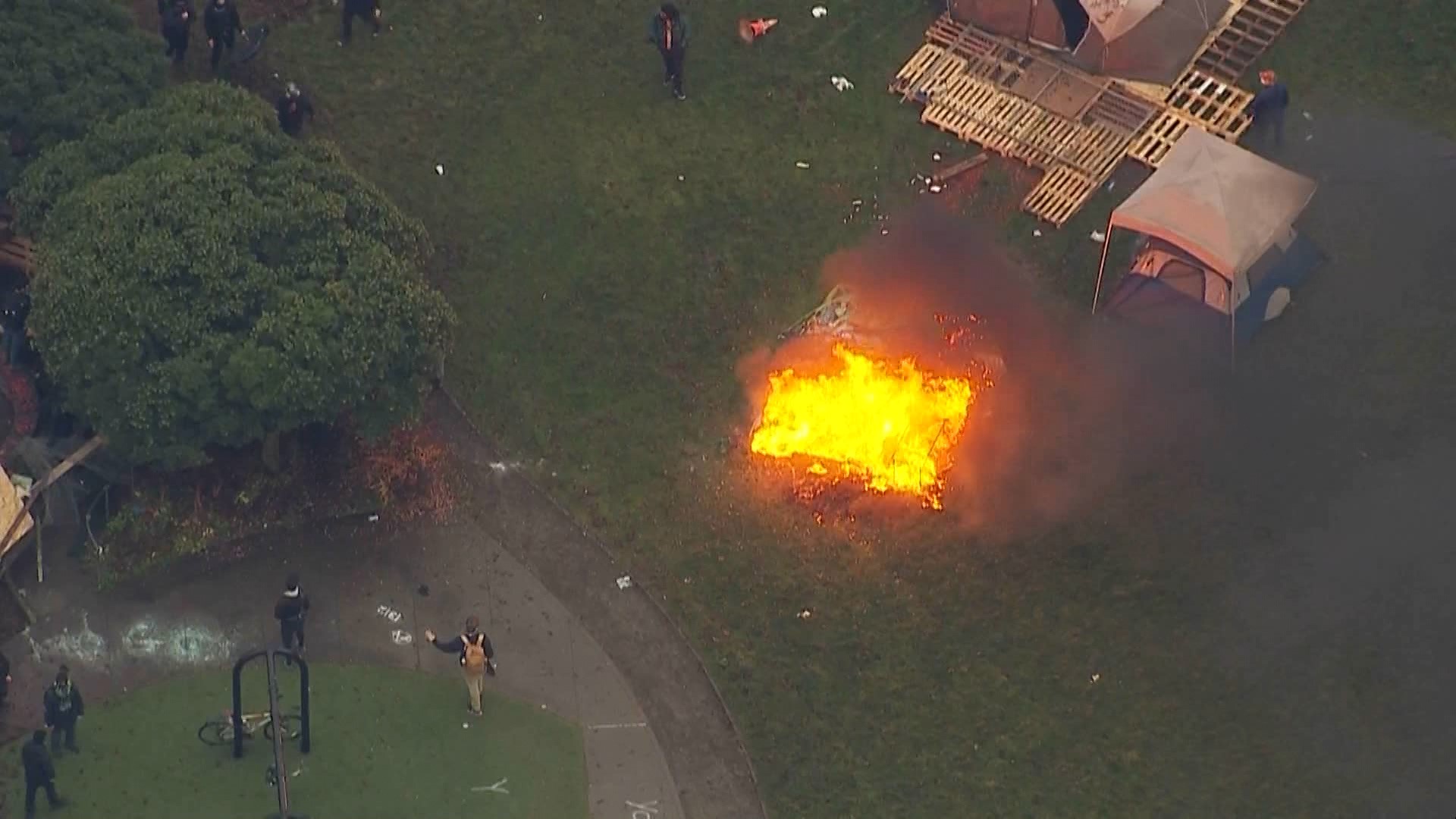