The city of Puyallup and Pierce County are being sued following raids at several homeless camps. The complaint says the city violated the homeless residents' constitutional rights, but the city is standing by its actions. 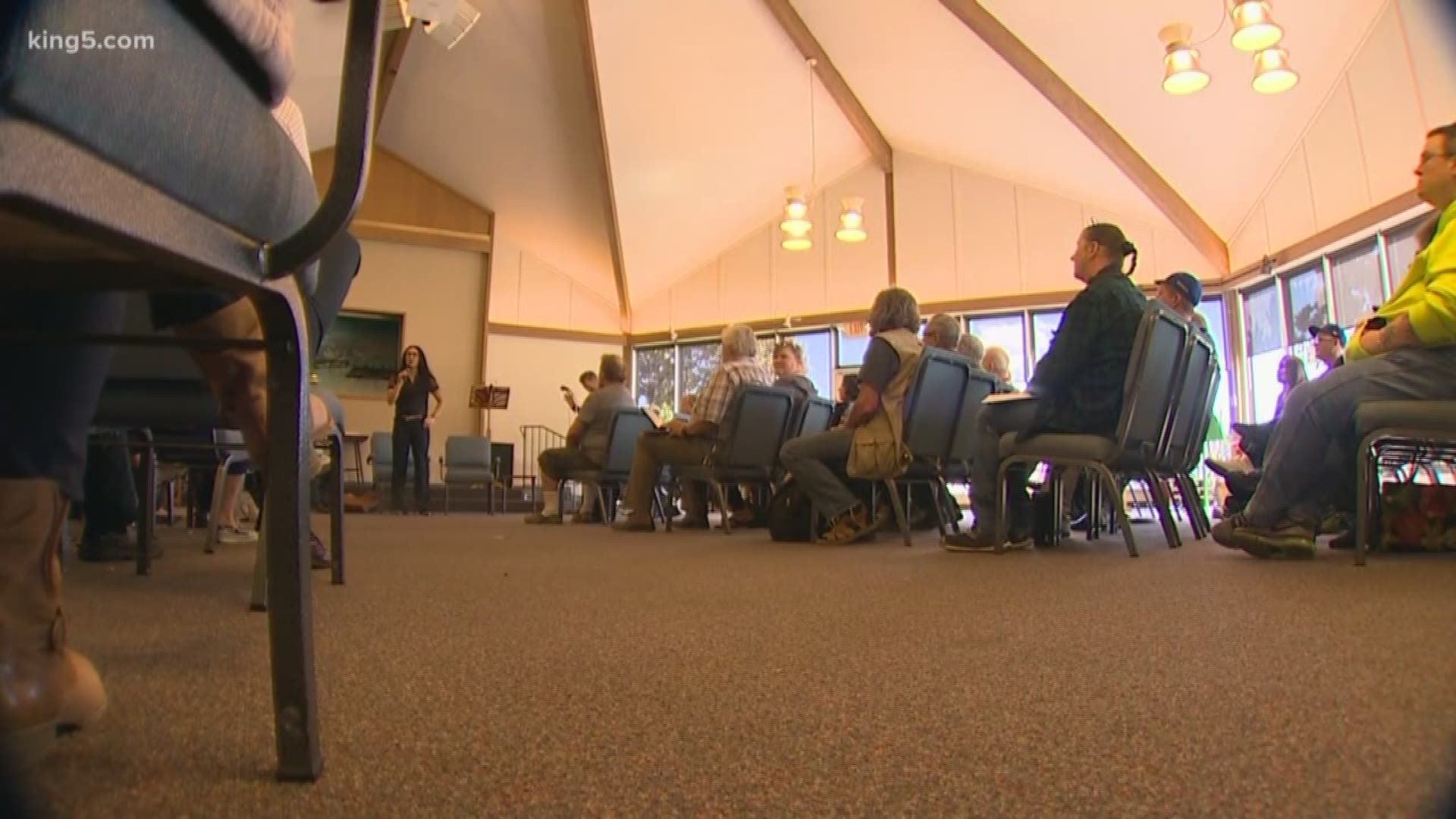 The complaint was filed on September 14 in U.S. District Court in Tacoma, alleging the city and the county "frequently force individuals to vacate their outside homes and seize and summarily destroy their property" during sweeps with little to no notice, in turn, that "deprive(s) citizens of their shelter and life-sustaining personal possessions."

The complaint went on to say that despite the sweeps, there is no permanent shelter in the area for residents to go and claims that goes against the homeless citizen's 4th and 14th constitutional rights.

"We know the City of Puyallup to have had policies that we consider to be problematic," said attorney Tristia Bauman of the National Law Center on Homelessness & Poverty (NLCHP).

The NLCHP along with Seattle-based firm Perkins Coie LLC are representing the six plaintiffs.

Bauman said one plaintiff is a veteran of the Air Force and had necessary VA documents destroyed by police during a February 2016 raid in Puyallup near the Foothills bike trail.

"There are people who live outside because they lack any other option and while they are outside, they are going to have some property," said Bauman. "So cities and counties would be wise to think about ways to help people to maintain the property that they need to survive while they pursue strategies to end homelessness."

The city of Puyallup released a statement on its website in response, saying in part:

"The city of Puyallup prioritizes health and safety for all citizens in our community. When it is necessary to conduct a homeless encampment clean-up due to the clear presence of dangerous and unhealthy conditions, all affected persons are given ample notice and sufficient time to collect and remove their belongings. They are also referred to resources and services which can assist them if they choose to accept such services."

In the same statement, the city said the claim "contains false characterizations and numerous egregious misstatements of fact."

In a statement to KING 5, Pierce County spokesperson Libby Catalinich said, “while we can’t comment on the specifics of this lawsuit, we take the needs and concerns of those experiencing homelessness with seriousness and respect."

Along with looking for damages, Bauman said the plaintiffs are looking for a change in Puyallup and Pierce County's procedures, so more sweeps like this do not occur.

Chief Scott Engle, of the Puyallup Police Department, says he stands by his officers and their procedures when it comes to interacting with homeless residents.

"We tell people when we are out there we have services we try to refer them to if they're interested with a service provider and we let them know when we'll be back," Chief Engle said.

He went on to say that he believes the suit is an attempt to change policy.

"It looks like they are trying to legislate policy through the court system in Pierce County with a Seattle-based law firm," Chief Engle said.

There is no word yet on when the two sides will take the issue to court.