Council Member Lisa Herbold worries that the current streetcar project will set the city back millions of dollars. 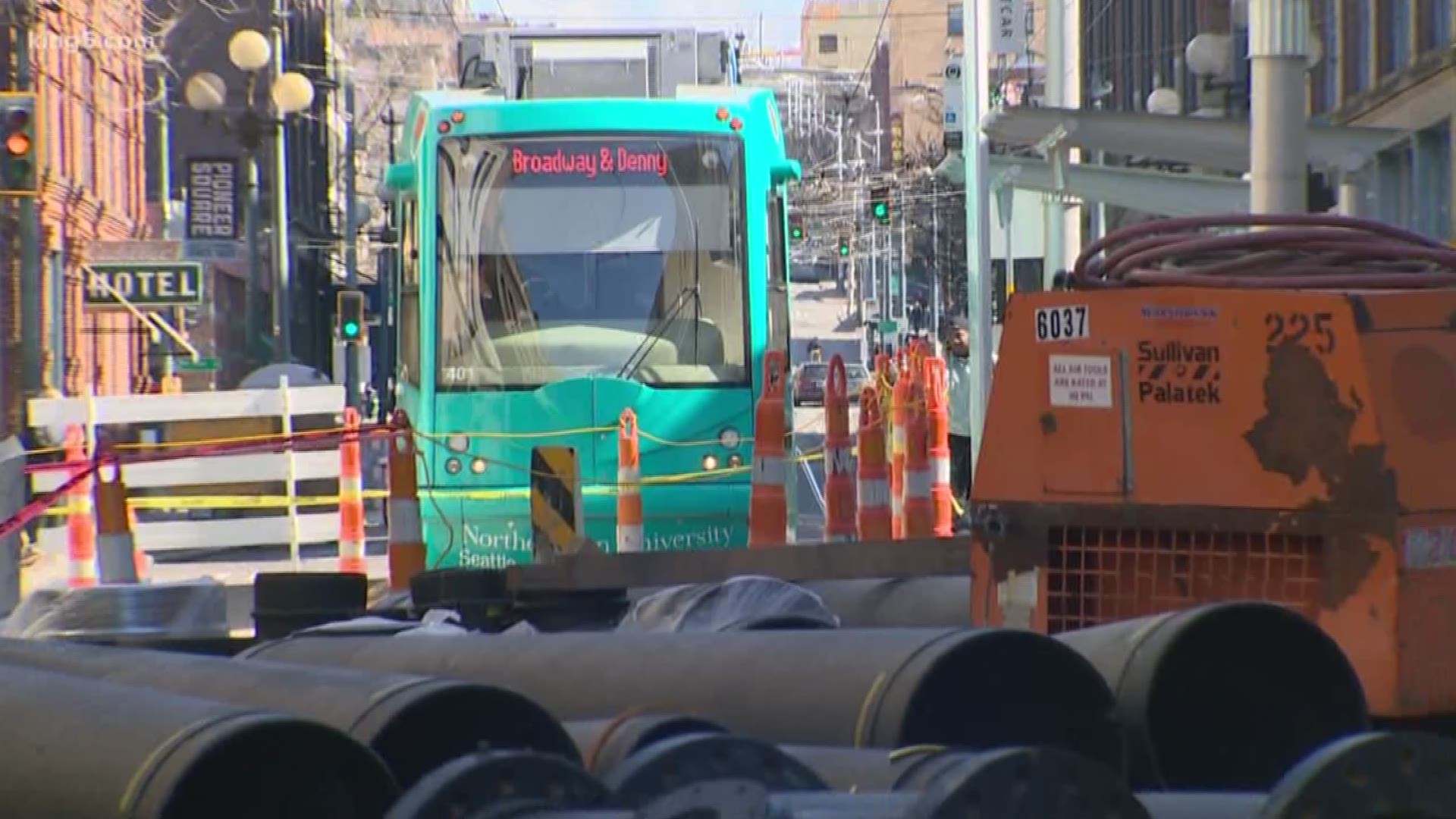 "It is worse off than we originally thought," said Herbold, speaking about the "Center City Connector", the $177 million streetcar line through the heart of the city.

The Seattle Times first reported how internal memos from SDOT supervisors may have under projected operational costs to win council approval.

Construction is already underway on 1st Avenue, and SDOT aims to connect the line with others in South Lake Union and First Hill to create a loop.

Herbold, who was the budget chair during the last cycle, and has been a critic of the streetcar system, suggests perhaps it is a sign.

"Streetcars are more of an economic development strategy, than a transportation strategy," she says. Herbold, who led a charge to pull the plug on the Pronto Bike Share service, is now doing the same.

"Pronto is a really good comparison. I don't want to be in a position where this council is waiting for information," she says. "In the case of Pronto, it was a few hundred thousand dollars, in the case of the streetcar, it could several dozens of millions."

Herbold says only utility work is underway and the Council still needs to approve contracts to purchase steel and the actual streetcars.

Seattle Mayor Jenny Durkan has already called for a fast-tracked independent investigation of the matter. SDOT's interim director Goran Sparrman said Tuesday, in a hastily arranged appearance before the Council, that he welcomed the review.

"(It is) frankly disconcerting," said Sparrman. "I sort of want to know who knew what, when." But he added, there is risk in delaying the project. "There are consequences - the construction of the 1st avenue streetcar project - especially on 1st Avenue - is closely coordinated with what is happening with the viaduct closure later this year - and a lot of additional construction activities downtown."

Durkan has asked for the review to be done by June.