The Lodge, which housed the St. Edward Seminary until 1976, has been fully restored and is now welcoming guests to stay and enjoy the rich history within. 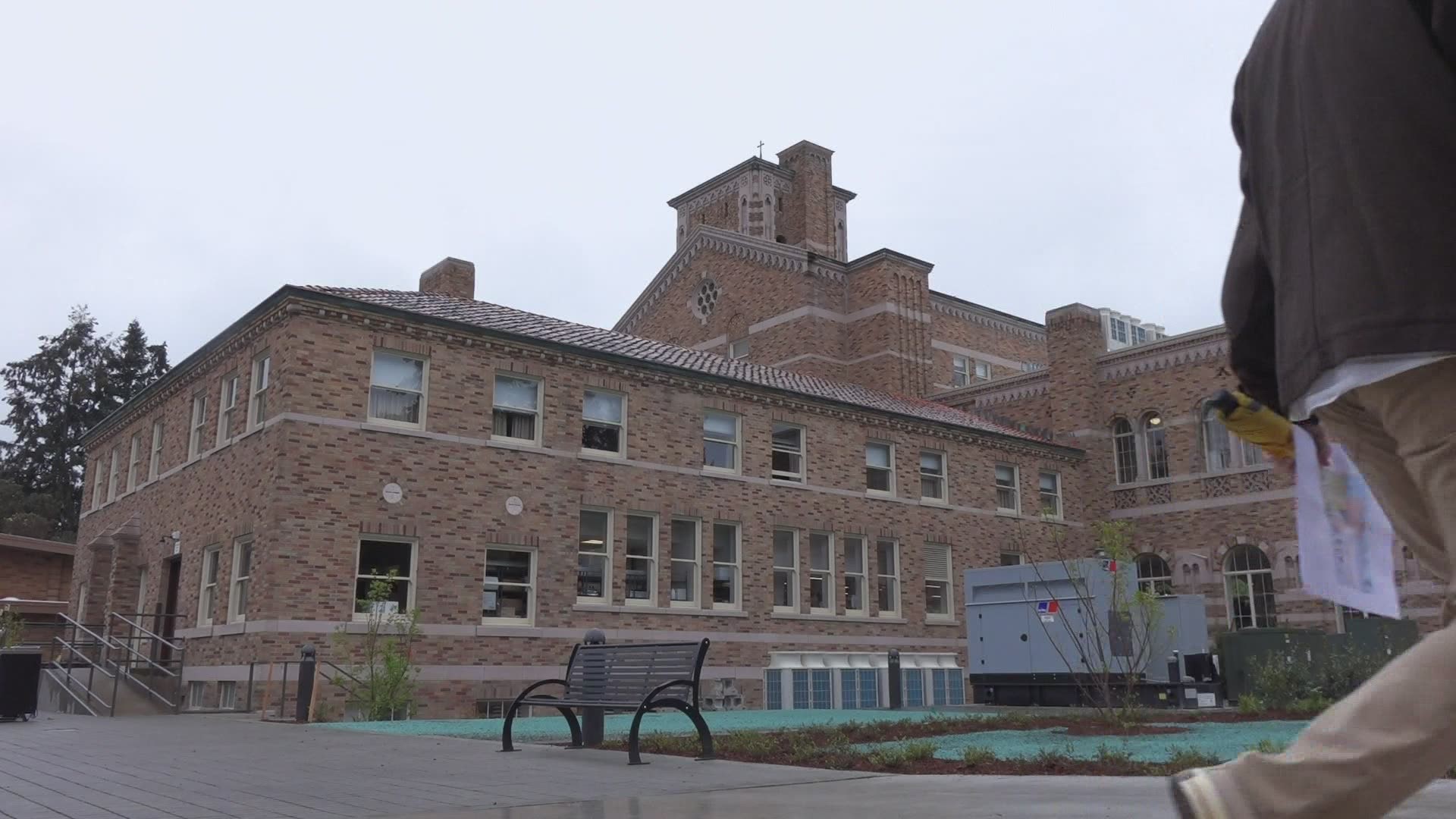 KING COUNTY, Wash. — After many years of dormancy, and many more in development, The Lodge at Saint Edward State Park in Kenmore has opened its doors, again.

It's the same building that housed the St. Edward Seminary until 1976. The 326 acre land was sold to the state a year later and became the Saint Edward State Park. Since that time, the building has been vacant and is now bouncing back to life with a state-approved 62 year lease.

The renovation project led by Daniels Real Estate has been underway for years and was delayed by the coronavirus pandemic, but it's now mostly complete and ready to welcome guests.

The Washington Trust for Historic Preservation was among the guests Friday for the official ribbon cutting. King County Executive Dow Constantine and Congresswoman Susan DelBene also attended and gave speeches to validate the importance of protecting historic properties.

The Lodge has been completely restored and now features 84 guest rooms, a restaurant from James Beard award winner Jason Wilson, Father Mulligan's Heritage Bar, a spa, and the Tonsorium Bar that once housed the Seminary's barbershop.

Much of the interior design has been preserved or recreated to pay tribute to the Seminary, including the bell tower that rang as the doors were open to the public Friday.

"Everything was just really lovingly restored," said The Lodge's General Manager, Jenne Oxford, who said it's magical to see staff welcoming guests again after a brutal year for the hospitality industry.

The property is a national landmark and is managed by Columbia Hospitality, which also oversees properties like Salish Lodge in Snoqualmie and the Heathman in Kirkland. The team believes The Lodge at Saint Edward State Park will become the crown jewel of Lake Washington and features relatively untouched shoreline property that adds to the attraction.