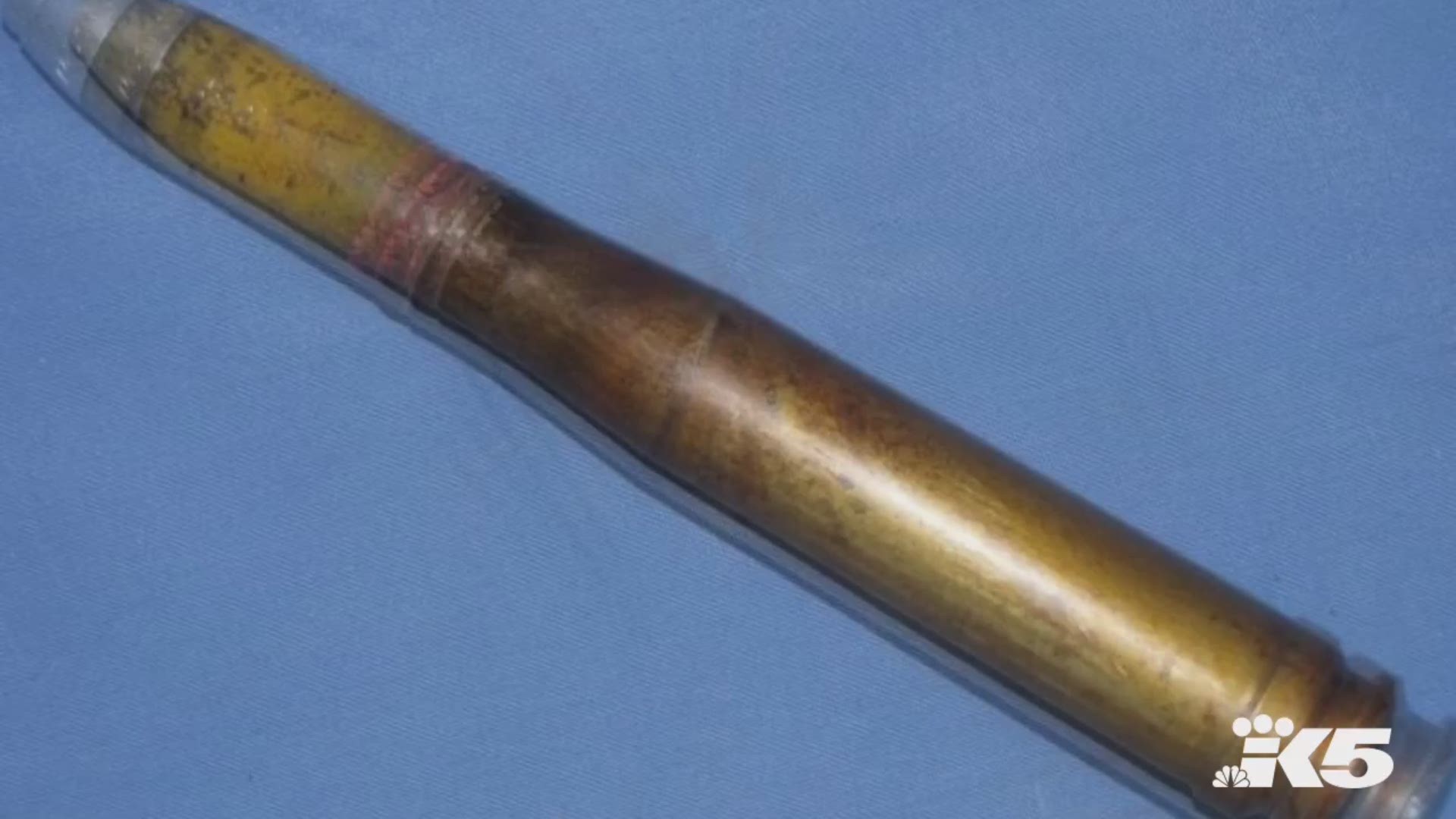 The rounds are described as 6-8 inches long and 20 millimeters wide, resembling large rifle ammunition. The rounds are believed to be from the 1940s, which makes their stability unknown.

The sheriff's office warns that the rounds could explode upon impact and should not be touched or moved. Many of the rounds were found encased in rock or sludge matter.

If you come across anything that resembles the ammo, call Grays Harbor dispatch at 360-533-8765.