Eric Stark was shot while driving a Metro bus in Seattle's Lake City neighborhood in March. Now Stark is thankful to be back behind the wheel. 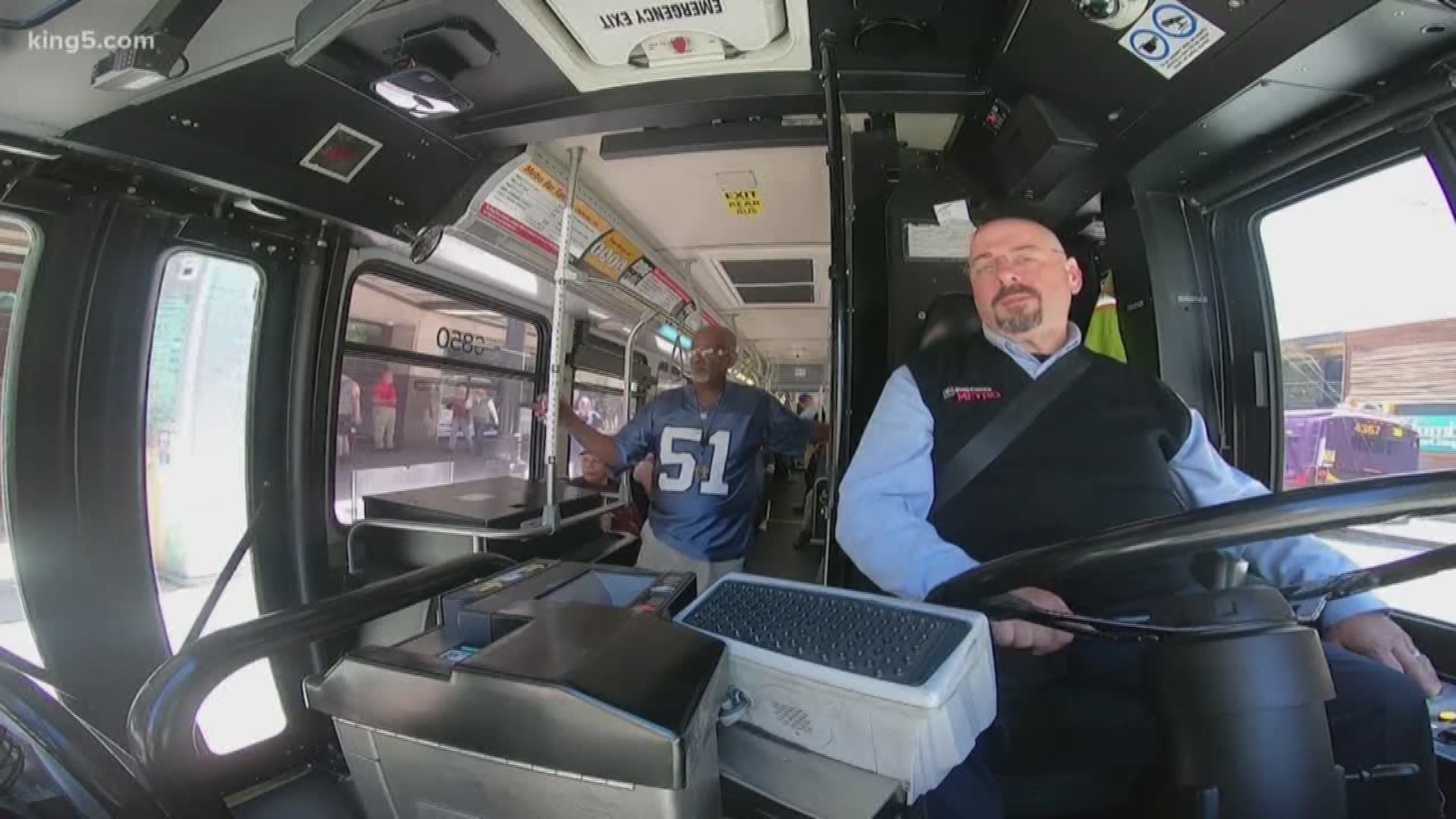 Stark was operating Route 75 when a suspect fired into the front window of the bus. Stark was struck by a bullet, but managed to put his bus into reverse and drive his passengers to safety.

The suspect's rampage continued. Two people in passing cars were killed before police captured the suspect. A 33-year-old Seattle man has been charged.

Stark was widely called a hero for his actions under pressure. He first described the ordeal from a bed at Harborview Medical Center.

Less than three months later, Stark was cleared to return to work. He eased back into the job Tuesday with a reduced shift around Northgate and the Lake City area.

After his shift, Stark spoke from the Northgate Transit Center.

“I remember how to drive a bus, so that’s good,” he laughed.

He said his overall health is good, although he did suffer some lasting nerve damage near the wound in his chest. He described the sensation as more of an irritation than pain, and he hopes it will fade with time.

Stark said he’s glad to get back to work and into a routine. More so, he’s glad for the new friends he made: police officers, EMTs, and Danae Wright, a passenger who was riding the bus when he was shot.

“He’s an amazing guy,” she said. “In that moment, seeing somebody be so selfless – he didn’t hesitate to get that bus out of the way. Just to know he cared more about the safety of others speaks a lot to his character.”

“He’s always concerned about other people, so I’m not surprised by that,” said Kim Stark, Eric’s wife.

Kim also drives for Metro – and said she wasn’t nervous for him to return to work.

“I think he did an amazing thing that day, and we’re really proud of him,” she said.

Eric Stark said his faith calms any anxiety about returning to the route from his March incident.

“I believe in a God who is sovereign over this universe,” he said. “Things happen for a reason, and he takes care of us. And if he wants me to continue driving a bus, if he wanted me to die that day, I’d be OK with that. That’s how I deal with the trauma. Not that doesn't mean I won’t come across things that will make me nervous, but I believe in a God who has always taken care of me and my family, and that’s how I get through it.”

Stark said because of the relationships that came from the shooting, he’s considering volunteering as a chaplain for Seattle Police. He served as a pastor in the area for a number of years before working for Metro. 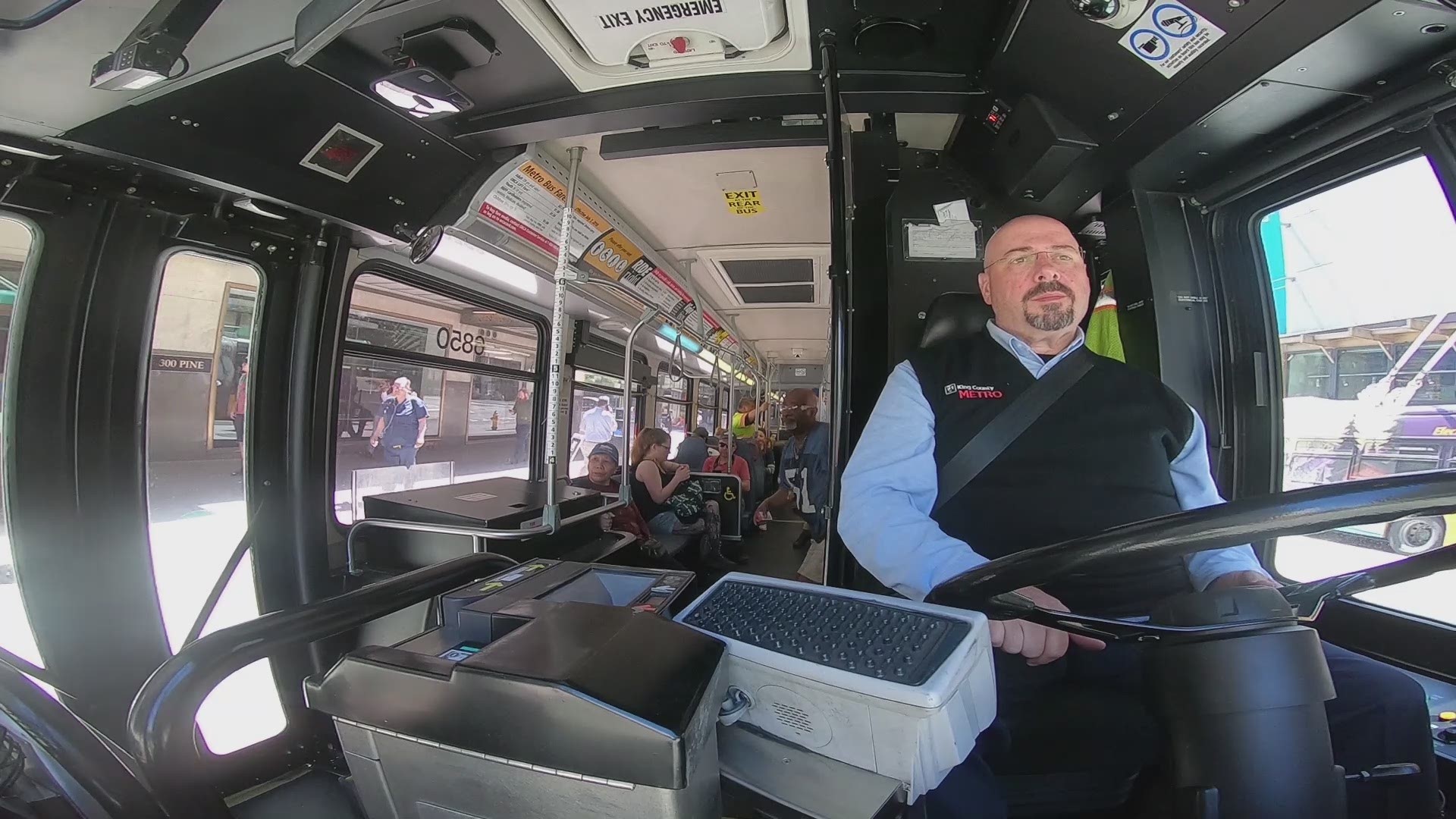