What's McCleary? Here's why so many Washington teachers could strike

Teachers across Washington state could strike before the new school year starts. The reason comes down to funding from the McCleary Decision. Here's what that means:

Thousands of Washington teachers and school staff members could strike if contract negotiations break down before the new school year starts. At the heart of the matter is how to distribute $2 billion in the current budget set aside for teachers' salaries.

This all stems from the McCleary Decision, in which the state supreme court ruled that Washington was not properly funding public education.

The McCleary Decision is named after one of the families that filed a lawsuit against Washington state in 2007 for "for not meeting its constitutional obligation to amply fund a uniform system of education."

Timeline of the McCleary Decision:

2012: State Supreme Court orders legislature to come up with a school funding solution.

2014: State Supreme Court finds legislature in contempt for failing to establish a funding plan, resulting in a daily $100,000 fine. The daily sanctions would continue from August 2015 until June 2018, with the money going towards education.

So now the negotiations are centered around how that money should be distributed. The funding for each school district is being negotiated on a local level. The Washington Education Association has secured raises in more than 30 districts.

Roughly 200 unions that represent Washington teachers and school staff are still negotiating for more pay, some arguing for double-digit raises.

According to a spokesperson with WEA, it was a "once in a lifetime" opportunity to ask for a big pay increase and retain qualified teachers after years of underfunding by Washington state. 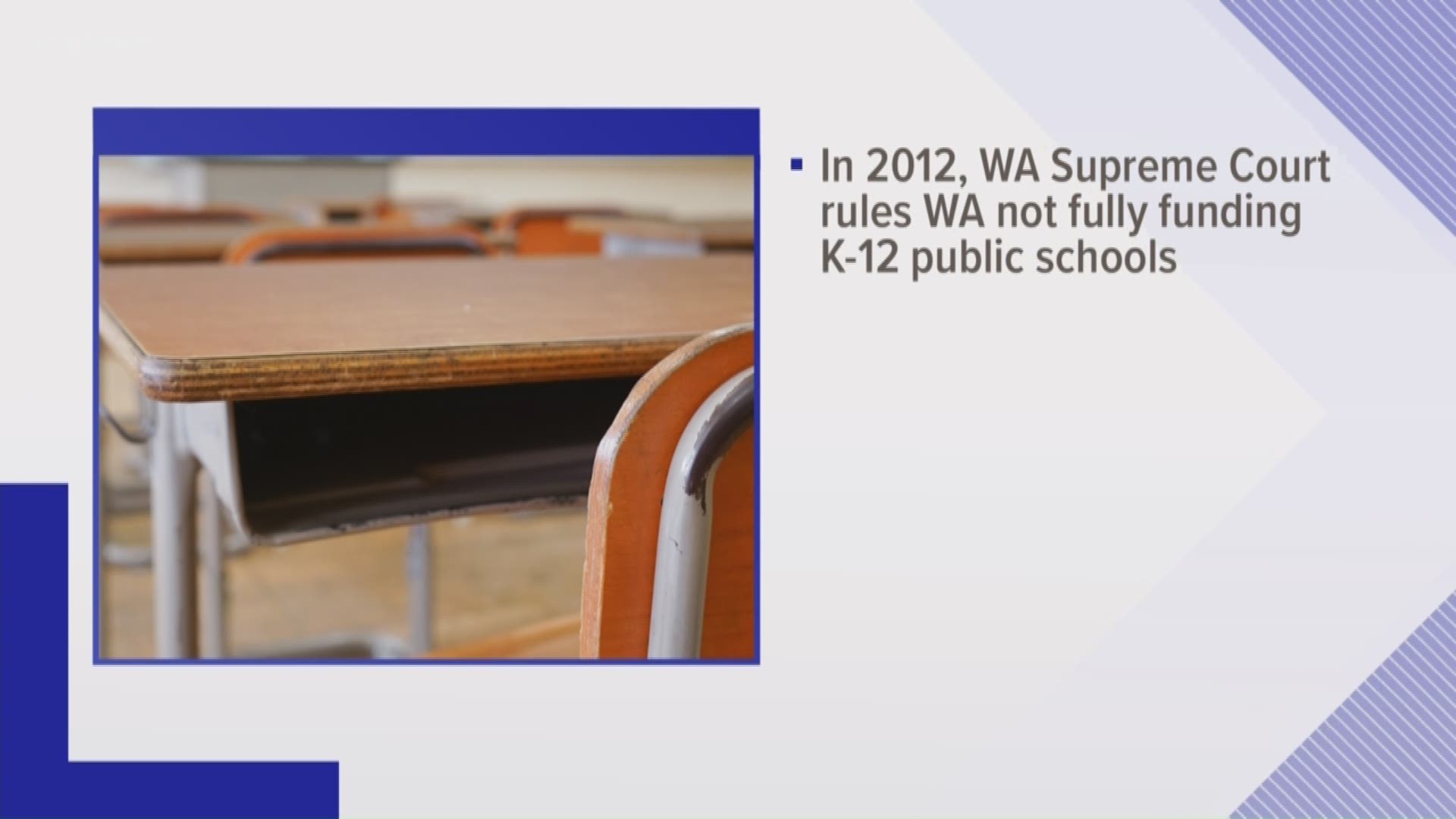