Here's when to stop for a school bus in Washington state

Do you know when to stop for a school bus? Get it wrong and you could face a $430 ticket in Washington state. 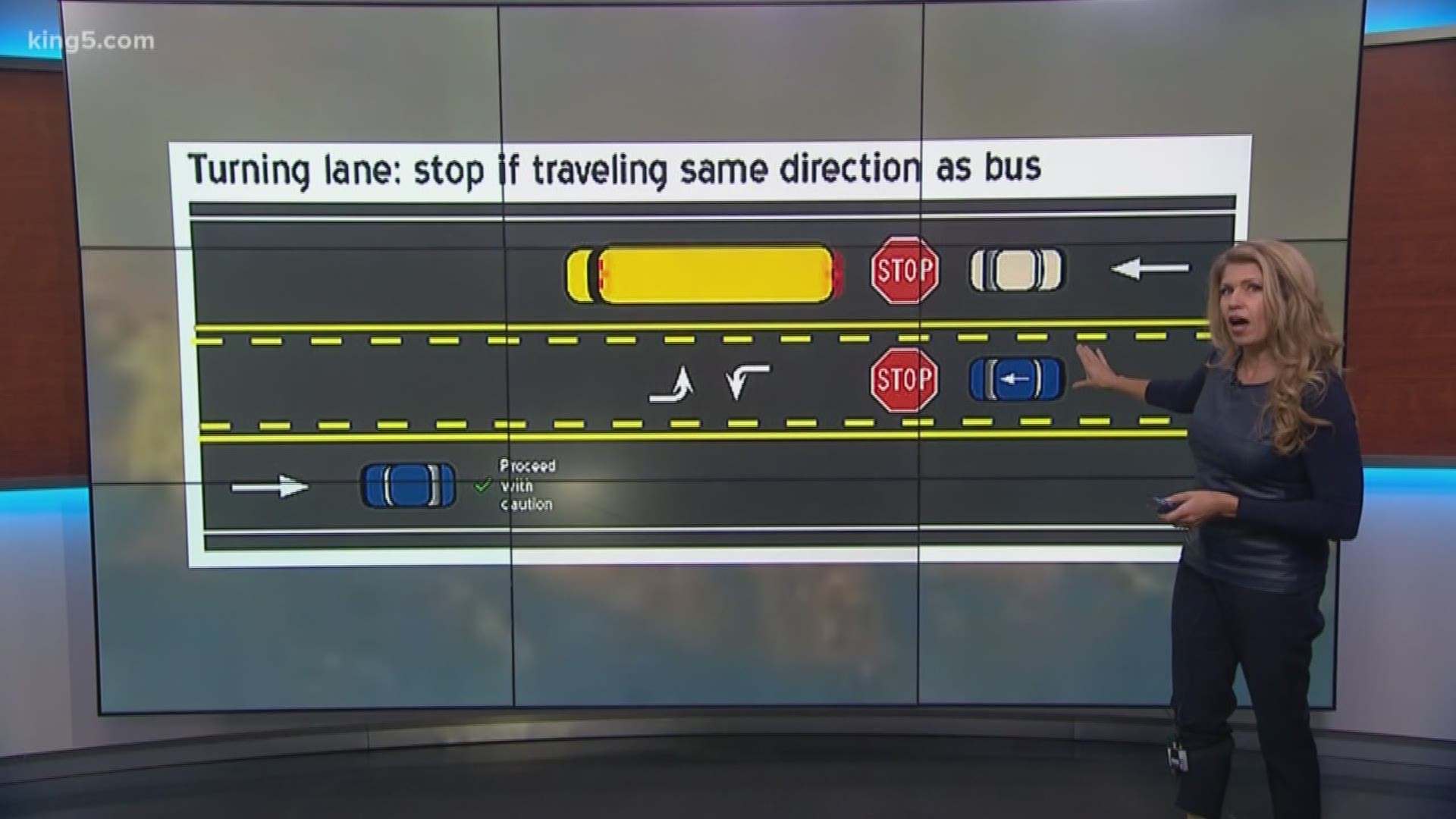 As kids go back to school, it's time for a refresher course on one thing many drivers get wrong. When is it OK to pass a stopped school bus with its stop-arm out?

Get it wrong and you could face a $430 ticket in Washington state.

Here are the rules:

If you're on a two-lane road, both directions need to stop.

If you are on a road with a turn lane in the middle, cars going in the same direction should stop. Cars going the opposite direction do not need to stop.

If there is a median or an island between the opposing directions, traffic going the same direction as the bus needs to stop. Opposing traffic does not.

You are not allowed to resume driving until the red lights stop flashing and the stop-arm is retracted.

Remember, some school buses now have cameras to catch you in the act.