Here's when our Puget Sound heatwave will end

The heatwave across Western Washington is coming to an end, with cooler and cleaner air on the way! 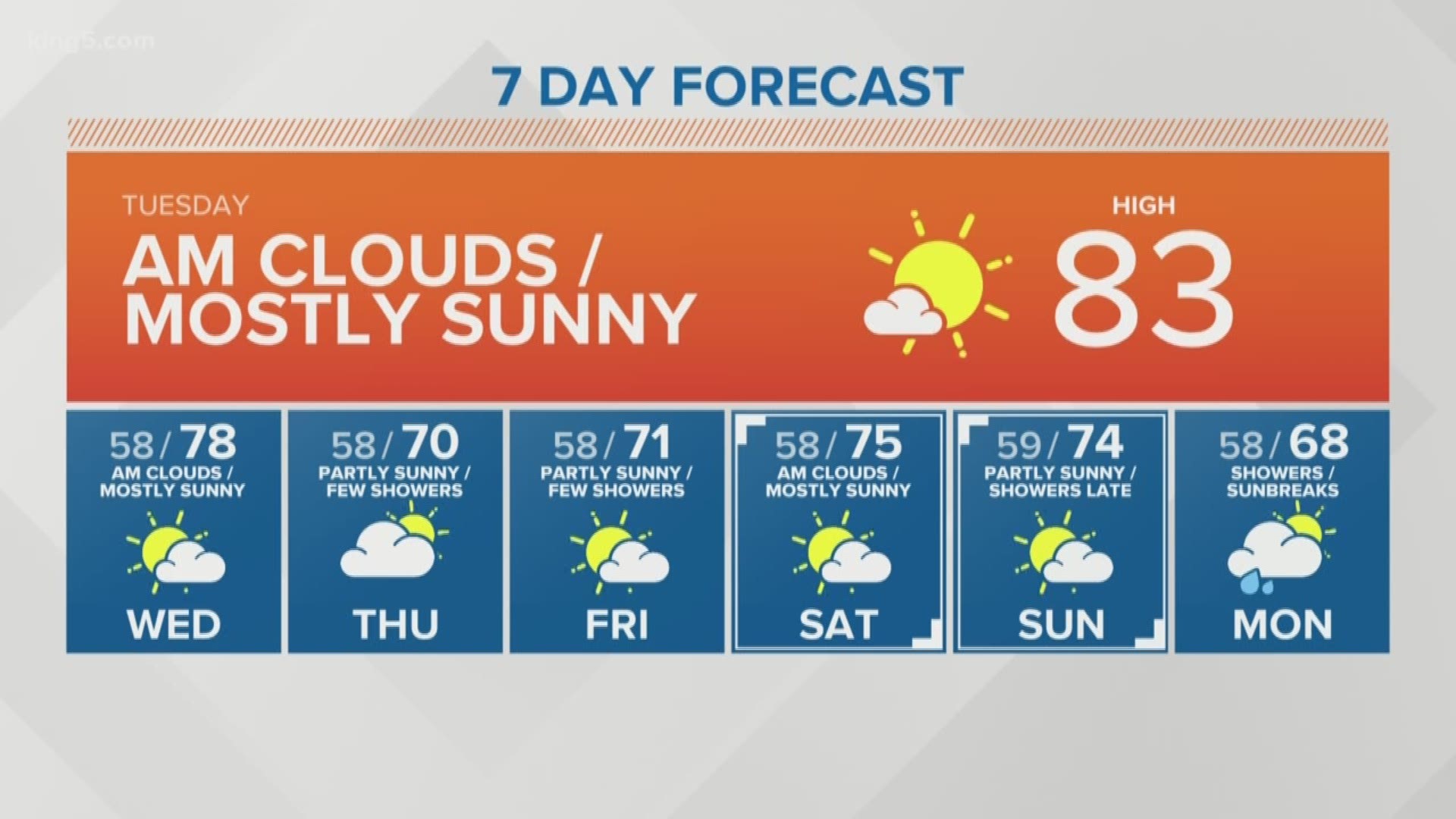 It's been a scorching hot July for Western Washington, but relief is in sight. Our heatwave will end by mid-week.

The official weather gauge at Sea-Tac hit 94 on Sunday — our hottest day this month. Fortunately, it was far from the record for July 29, which was 103 degrees set in 2009.

As of Sunday, we have had more than four times as many days with above normal high temperatures versus below normal this month. Sunday's 94 gave us seven days of 90 degrees or warmer, tying us for second place. But we won't reach the record 10th day set in 2015.

This July probably won't beat the hottest July on record either. Currently, we are 0.7 degrees away from the record set in 2015, and the mean temperature is only climbing about .2 - 3 degrees per day. It will be close, but probably hot enough for most people.

Monday was set up to be as hot or a little hotter than Sunday but southerly winds at the higher levels have brought wildfire smoke north out of Californian and Oregon. The smoke haze was obvious at sunrise in Port Angeles this morning. This should have the effect of keeping our highs a few degrees cooler, but they will still be in the mid 80s to low 90s.

Onshore winds increased Monday night, bringing cooler and cleaner ocean air Tuesday. This should help to clear out the smoke by later Tuesday and will help drop our highs back into the 80s.

As the onshore winds strengthen later in the week, look for morning clouds and afternoon sunshine with highs only in the 70s beginning Wednesday. We may even see some spotty drizzle Thursday and Friday mornings, as our more normal Northwest weather returns.