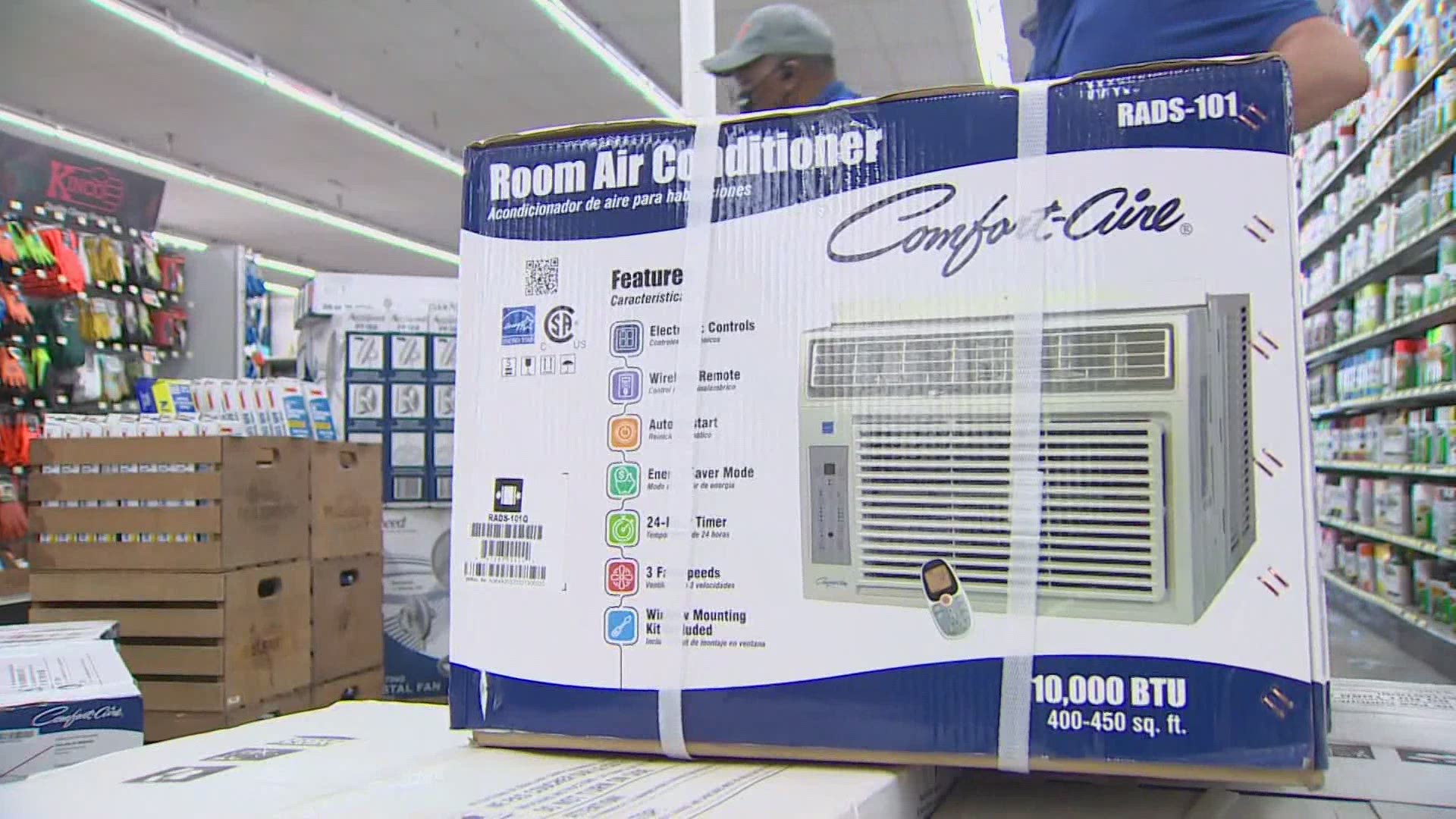 RENTON, Wash. — Temperatures in western Washington will be flirting with the triple digits in the coming days. It's a heat wave that has many searching for relief before the peak of the summer heat hits, and for Maria Takai of Renton that means a new A/C unit.

“I’m thinking about it. I’m just standing here. I was looking at that fan. And they’re running out,” Takai said. “I should probably grab one."

Air conditioners, fans and bottled water were all going fast Wednesday inside the McLendon hardware store in Renton.

“I’m not even thinking about how much it costs, I’m just trying to cool off. Make sure my daughters are okay,” said one Renton man while shopping for fans.

“Lowes and Home Depot in Tacoma yesterday, they were all out. They just had fans, they didn’t have A/C units,” Takai said.

Don’t have an air conditioner? Don’t give up.

“If you can get a fan in the highest elevation of your house and blow out and get the screens downstairs be open, especially for night time sleeping, it will create a cross draft and get that heat out and bringing the cool air from the night into the house to cool it down fast,” Knick said.

The summer has just started and the hottest days are still ahead, but as Knick said, there are still ways to figure out how to stay cool in western Washington where A/C isn't a given.