Fifteen people died in King County from heat-related illnesses, and more than 500 others visited emergency departments for problems related to the heat. 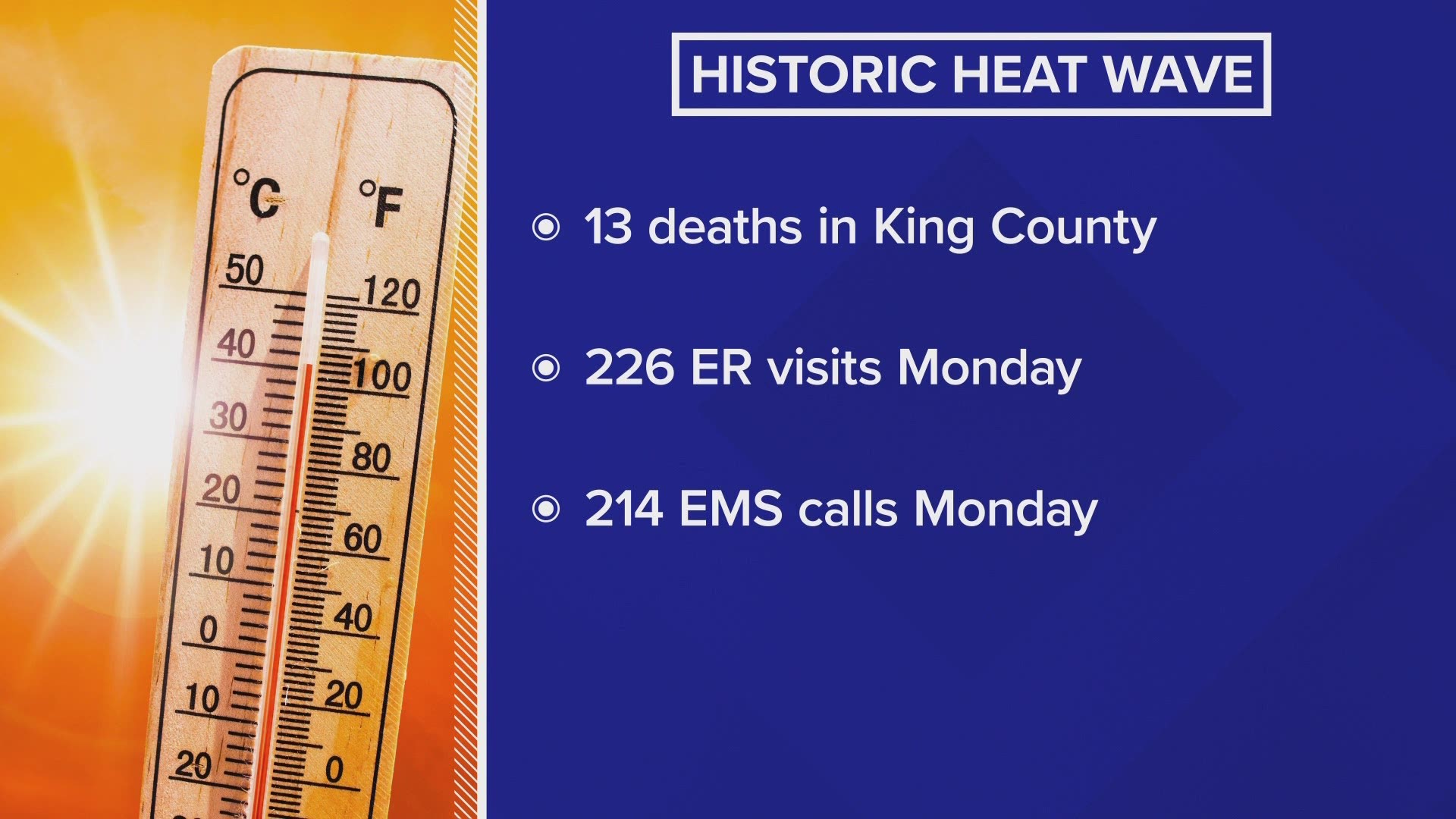 Monday was the hottest day of the heat wave, with Seattle setting a new all-time record high temperature of 108 degrees, according to the National Weather Service.

There was also a spike in Emergency Medical Service (EMS) calls related to the heat. King County reported 225 heat-related EMS incidents Monday and 78 on Sunday.

In 2020, there were only 91 heat-related EMS calls for the entire year, health officials said.

Of patients who were discharged, about 45% had heat exhaustion, 20% had heatstroke and sunstroke and 17% were dehydrated.

The county also released data on the number of drownings over the last week.

Since Sunday, two drowning incidents were reported in King County. There were six incidents in the previous week.

As temperatures continue to be unseasonably warm this week, King County health officials have warned that water safety is critical.

Here's how to protect yourself on the water: