The state of Washington is fighting back after the U.S. Department of Justice filed a lawsuit to take away help for sick Hanford workers. Governor Jay Inslee and Attorney General Bob Ferguson said they will defend a new landmark law that helps employees of the nuclear site win worker compensation claims. 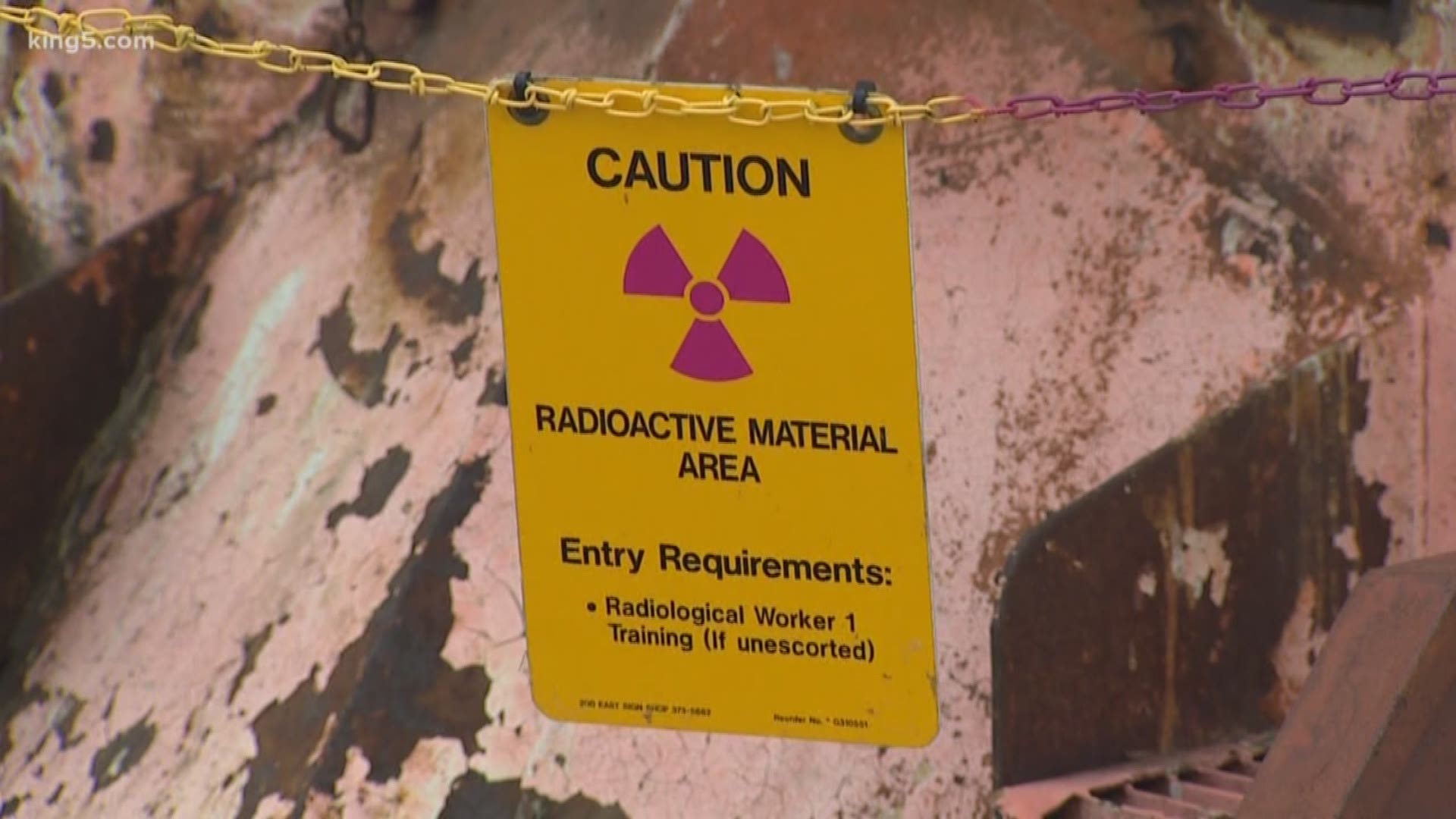 The U.S. Department of Justice filed a lawsuit against the state of Washington in an effort to repeal a state law aimed at helping sick Hanford workers.

House Bill 1723, which was signed into law on March 7, 2018, gives Hanford workers with certain adverse health conditions the presumption they got sick at the nuclear site. The new law is designed to help those workers get their worker compensation claims accepted.

The Justice Department wrote in the filing that the law is unconstitutional and discriminatory against the federal government, which owns Hanford.

“(The law) imposes significant burdens on the Federal Government and its contractors without imposing them on other employers in the State, all in violation of the Supremacy Clause of the U.S. Constitution. This action seeks to enjoin implementation of this improper statute and have it declared invalid,” wrote attorneys for the civil division of the U.S. Dept. of Justice.

During a Tuesday news conference, Washington Governor Jay Inslee, Attorney General Bob Ferguson, and advocates including Tom Carpenter, the executive director of the watchdog group Hanford Challenge, blasted the filing of the lawsuit.

“The hostility toward the working Hanford men and women of this state that this litigation represents is so deeply disappointing,” said Ferguson, who vowed to stand behind the workforce. “We will use every tool we have here in my office to defend this legislation that folks worked so hard on.”

Also see | Sick and denied care at Hanford: ‘We want our lives back'

“Shame on the Trump Administration for attacking a law that helps Hanford nuclear site workers get medical care and compensation. These workers are sacrificing their health and safety carrying out the most hazardous and complicated cleanup in the nation, and they deserve better,” said Carpenter.

Hanford is where plutonium was produced as part of the secret Manhattan Project to fuel the nuclear bomb dropped on Nagasaki, Japan during World War II. Production continued throughout the Cold War as the country stockpiled nuclear warheads.

Since 1989, the activity at Hanford has been a cleanup effort only as the nuclear bomb-making project left behind a toxic legacy of contaminated soil, water, buildings, and 56 million gallons of liquid nuclear waste considered the most dangerous matter in the world.

“The people who fought communism, shouldn’t have to fight their federal government to get the health care that they deserve. And we all should be irate that yet again the Trump administration is trying to take away health from people in the state of Washington,” said Inslee. “They (the DOE) just want(s) to tell the workers at Hanford to hang, you’re on your own.”

A two-year KING 5 investigation found Hanford workers have been systematically denied their medical claims through a self-insured worker compensation program. Unlike most other employers in the state, the Department of Energy (DOE) runs its own program through a government contractor and is responsible for paying out claims.

The Washington State Department of Labor and Industries is tasked with oversight, and the new law directs the state to allow the presumption of occupational illness.

Former Hanford worker Mario Diaz has been diagnosed with reactive airways disease, along with heart problems and memory loss. He has seven documented exposures to toxic vapors at the Hanford site, yet none of his claims through Hanford’s worker compensation program has been accepted.

“I got kids, I got grandkids that I want to spend time with,” said Diaz. “By doing this, they’re going to interrupt whatever little bit of quality of life that I have left. It’s like going back to square one.

Also see | At Hanford, workers comp can be 'humiliating' system

Diaz said Hanford workers aren’t asking for anything extra, but they are looking for fairness.

“Those lawyers who are saying we’re getting special favors, we’re not. We’re just asking for the care for what happened to us.”

The state has 60 days to file a response to the lawsuit.

In the meantime, the presumption of occupational illness will stay intact. If the DOJ is successful, lawmakers said they will pass more laws to keep workers protected.

“I don’t know what outcome this lawsuit will have, but we’ll go back to Olympia and thread any needle we have to thread because those workers are not going to lose the worker compensation health coverage that they have a right to have to live out their lives,” said Sen. Karen Keiser (D-Kent), who was one of the sponsors of the legislation.