House Bill 1723, initially sponsored by Rep. Larry Haler, R-Richland, died in the legislative process last year. But it's chances of passing are improved this year. 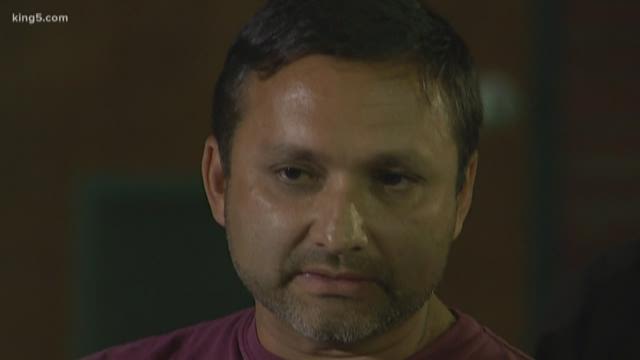 House Bill 1723, initially sponsored by Rep. Larry Haler, R-Richland, died in the legislative process last year. It would give workers who come down with certain illnesses the presumption that their exposures to chemicals, heavy metals and/or radiation at the nuclear cleanup site caused their diseases such as cancer, toxic encephalopathy (dementia) and lung disease. That presumption is meant to help them get their worker compensation claims accepted.

In the 2017 KING 5 Investigators series “Sick and Forgotten at Hanford,” the reporters exposed that at Hanford, worker comp claims are rejected at a rate 52 percent higher than the state average, even though Hanford is the most dangerous and toxic worksite in the state, and the country.

Sen. Karen Keiser, D-Kent, gave the measure new life by calling a hearing on the bill where the committee she chairs took public testimony.

“The Washington state citizens and these nuclear veterans need these protections. We’ve had three-and-a-half decades of leaving them out in the cold, and I hope that you will consider passing this legislation,” said Nick Bumpous of Local 598, the pipefitters union.

Keiser expects to easily pass the bill out of committee, then on to the Senate floor for a full vote. After that, her office said they hope to fast track it to Governor Jay Inslee's office for his signature.

“I was devastated last year (when the bill died). Hope was dangled in front of my face, and it felt like defeat like Hanford had won again,” said Melinda Rouse, whose husband, Lonnie, has been diagnosed with dementia due to exposure to chemicals and metals such as mercury.

The Rouses have been fighting the U.S. Department of Energy and its worker compensation contractor, Penser, for 10 years.

“So now all I can say is justice will finally be served. Someone has finally heard us (and if this passes) it will be a miracle.”