Kent Chamber of Commerce CEO Zenovia Harris says the hackers took over a Zoom meeting and spewed racist messages and images. She believes it was a targeted attack. 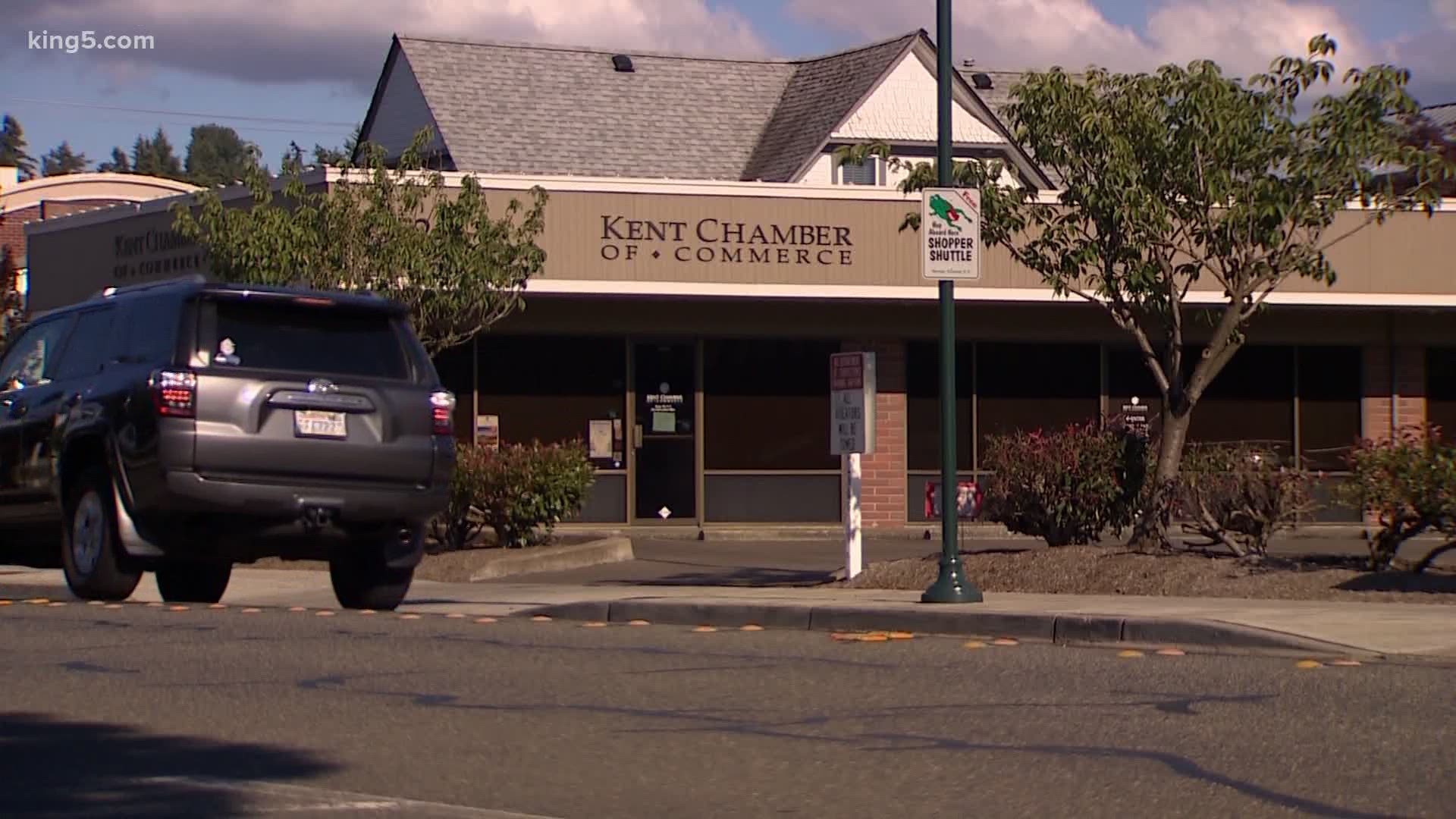 KENT, Wash. — The CEO of the Kent Chamber of Commerce is calling a racist attack during a recent zoom meeting, disturbing.

"It’s amazing that there are people out actively trying to bring people down," Harris said in a Facebook video about the incident.

"I’ve heard people say this is happening, but no one told me the vulgarity that was involved," said Harris.

Harris was leading the chamber's meeting with the Washington Retail Association when, just 15 minutes in, hackers started spewing racist messages.

"At first I heard the n-word and I thought, uh oh, you know everyone should be on mute, and I was smiling because I was kind of caught off guard. And then it just began, the computer, they just took over, the images on the computer screen were egregious and they were yelling directly at us," said Harris.

It was an attack that hit Harris at the core as a Black chamber CEO.

KING 5 reached out to Zoom to find out what's being done to protect its users and received the following statement:

"We have been deeply upset to hear about these types of incidents, and Zoom strongly condemns such behavior. We have recently updated a number of default settings and added features to help hosts more easily access in-meeting security controls, including controlling screen sharing, removing and reporting participants, and locking meetings, among other actions. We have also been educating users on security best practices for setting up their meetings, including recommending that users avoid sharing private meeting links and passwords publicly on websites, social media, or other public forums, and encouraging anyone hosting large-scale or public events to utilize Zoom’s webinar solution. We are committed to maintaining an equal, respectful and inclusive online environment for all our users. We take meeting disruptions extremely seriously and where appropriate, we work closely with law enforcement authorities. We encourage users to report any incidents of this kind to Zoom and law enforcement authorities so the appropriate action can be taken against offenders."

While looking into ways to make sure the attack doesn't happen again, Harris says she's not allowing the hackers to win.

"It's really a call out to anyone who thinks this isn't their space, and it is not their time, this is your time as a leader in your community to come out and speak up against racism,” said Harris.