Gun store owners in Washington state say they're seeing an increase in sales of guns and ammunition since the coronavirus outbreak was first reported. 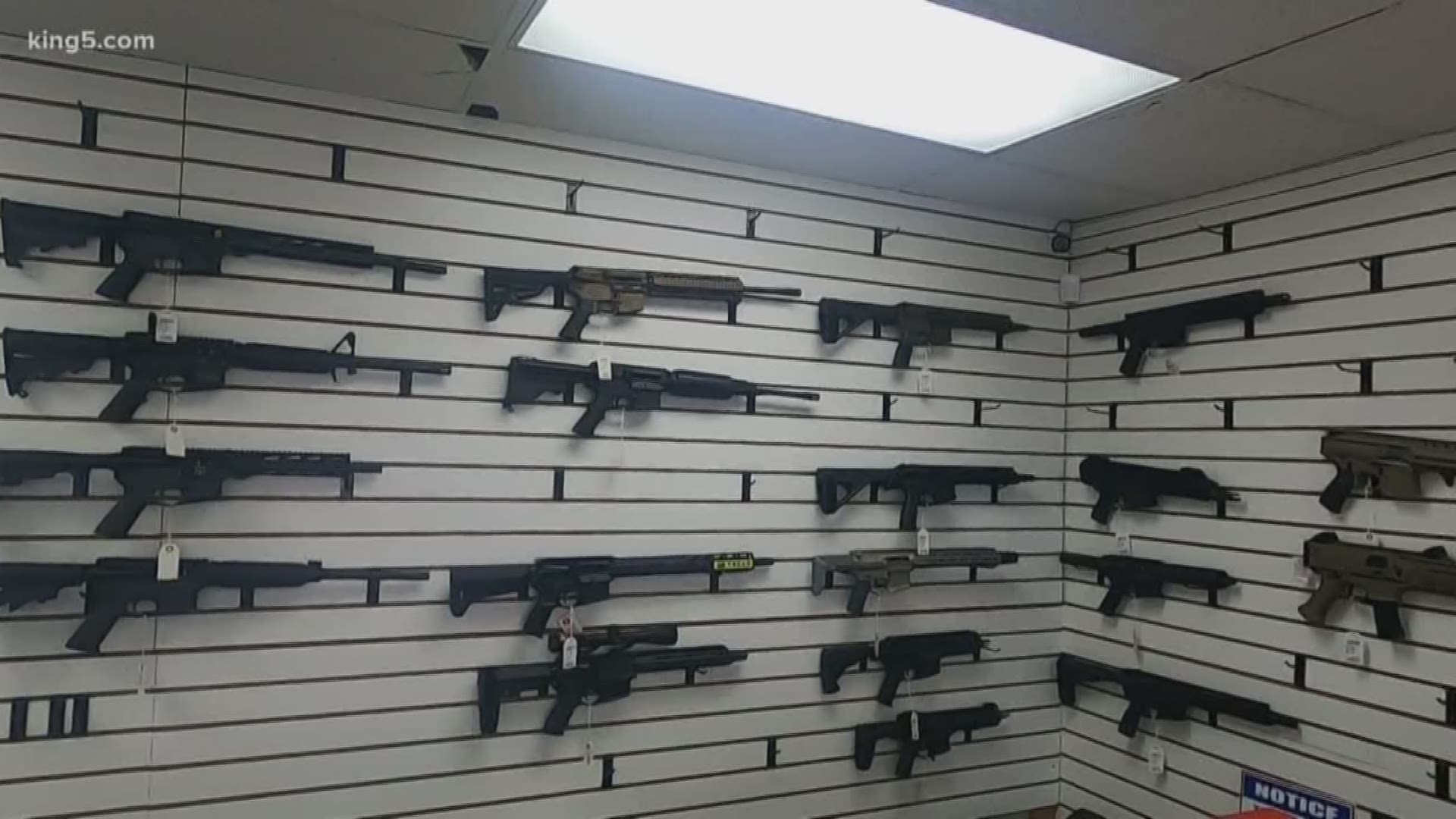 LYNNWOOD, Wash. — While some businesses are struggling to keep their doors open during the coronavirus pandemic, one industry is booming.

That's why Travis Wells was waiting outside.

"Home defense, probably a shot gun, some ammo if they have any left," Wells said.

He got to the shop two hours before it opened.

"By the time people get in there, what they needed is gone. So, I feel like the earlier the better," Wells said.

Teasdale and Lynnwood Police said a spike in gun sales isn’t unusual when there are big events in the news, such as a mass shooting.

Wells said he just wants to feel safe in such uncertain times.

"That's my motivation, to go out an protect myself and my family."

And he's not alone.

Teasdale delayed opening her shop, so she could catch up on work after a week of nonstop sales.

There are not enough hours in the day for Teasdale and her employees to get everything done. Something, Lynnwood Police is also dealing with.

Background checks are run on people buying guns, as part of Washington state law and Lynnwood Police Sgt. Jerry Reiner said the number coming into his department has risen during the pandemic.

"In the last six days we've averaged about seven guns a day, so that's almost a 300% increase in gun sales," he said.

Reiner said this is expected when people are unsure of what's to come.

"We don't necessarily know what's going on and that creates a little fear, and this seems to be one of those things whenever there's fear in society," he said.

"I'm just trying to get the family ready from hunkering and staying inside. This is probably the first time I've been outside in a while and usually I'm outside every day. But you know, it's just for the safety of my family and the people I'm around," Wells said

And Teasdale asked for a little grace.

"Be patient with us. All gun shops right now, We're not staffed for the amount of foot traffic that's coming in. We're doing out best we can only do what we can do."