Bills to limit gun magazine capacity have to pass off the Washington Senate and House floors by Feb. 19. 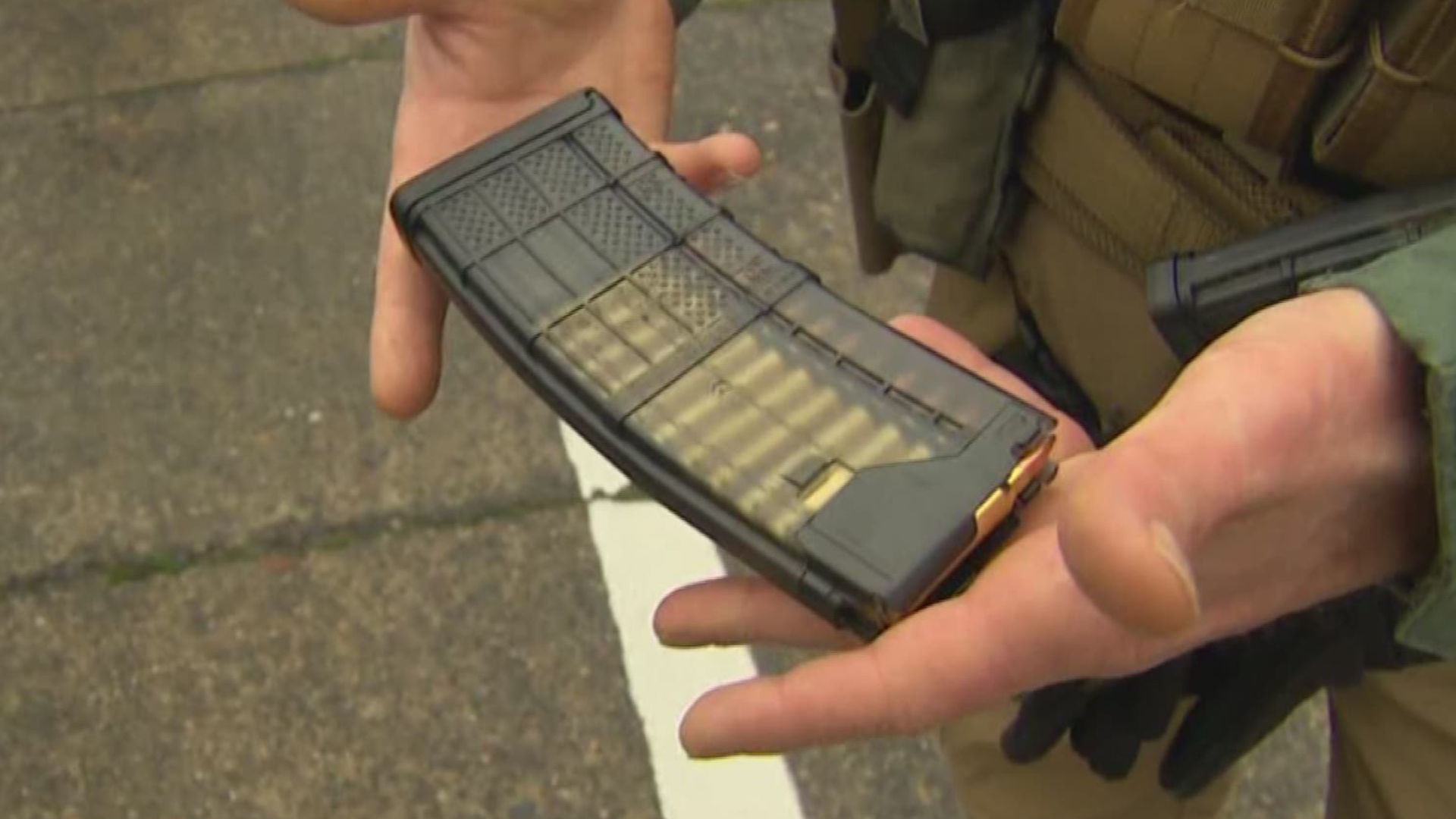 OLYMPIA, Wash. — Gun-related bills have progressed in Washington's Legislative session this year, but the one considered a top priority by gun law advocates awaits a vote on the Senate and House floor.

House and Senate bills to put a limit on gun magazines to 15 rounds passed out of committee, but the bills need to pass of the House or Senate floors by next Wednesday, Feb. 19 to stay alive for the 2020 session.

“The majority of the mass shootings in this country are committed with the larger capacity magazines,” said Carla Tolle, one of about 50 volunteers who came to the Capitol Friday as part of Amnesty International USA and the Alliance for Gun Responsibility’s gun lobby day.

Tolle's 13-year-old grandson, Edgar Vasquez, was killed by a friend in 2017 who had been playing with a shotgun.

She said the magazine limit would not have saved her grandson's life, but she hoped telling lawmakers his story would encourage them to take action she thinks would prevent future gun deaths.

Rep. Strom Peterson (D-Edmonds) is one of 30 Democratic sponsors of the magazine cap bill.

He called it "common sense."

“There’s no sporting reason to use a magazine like that,” said Peterson.

He said he thought the bill would pass off the floor ahead of Wednesday’s deadline.

“I think we have the votes,” said Peterson.

“We’ve got a mental health crisis in our youth today,” said Muzzall. “The horse is out of the barn. We're still going to have issues no matter how much legislation we put in.”