The group is part of a movement that uses bike rides to raise awareness, educate peers and develop leaders. 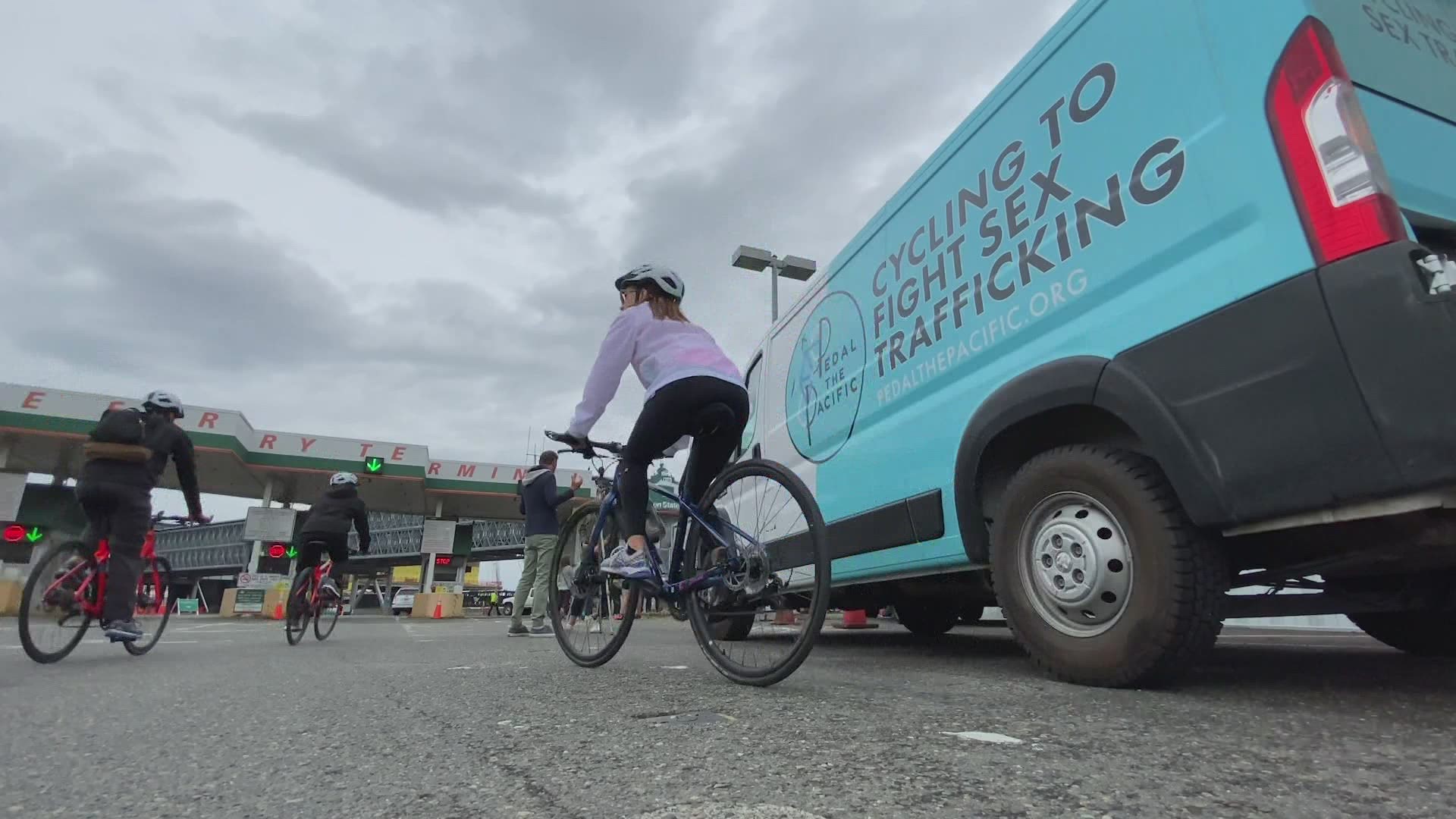 SEATTLE — "Pedal The Pacific" is a movement started by three friends Grace, Sara, and Savannah who wanted to do something unique to raise awareness and money to combat an issue that isn’t a popular topic of conversation.

Over the past five years, Pedal The Pacific has raised over $560,000 dollars for organizations that lead the fight against sex trafficking. Its mission, according to the website, is to "use bikes as a platform to raise awareness, educate peers, fundraise for leading nonprofits, and develop leaders who believe that no voice is too small to make a difference."

The movement brought together 12 college-aged women from across America who met for the first time in Seattle this week.

The women labelled themselves as “hilariously unathletic” and left from Seattle’s Ferry Terminal Friday morning, embarking on a 1,700-mile bike ride that traverses the west coast and will end in San Diego on July 31.

Texas, Arkansas, Alabama, Mississippi, Tennessee, Virginia, North Carolina and Missouri are all represented, and all of the riders are participating in the ride for the first time.

The idea was to do something unique and as a group so that onlookers would simply inquire about the riders’ goal.

“Riders learn the power of their voices when fighting for justice, something that lasts long after their time with us is finished. Pedal the Pacific is more than just a bike ride. It’s a launching pad that teaches women to advocate responsibly and believe in their ability to make a difference," organizers said.

They’re hoping more and more people ask them that each leg of the journey. The hard truth is that more than 276,600 reports have been made to the Human Trafficking Hotline since 2007. Until that trend changes, the Pedal The Pacific team is recruiting each year and remains committed to fighting for change.