A Horizon pilot took an unpaid leave of absence so he could help Orting Valley Fire and Rescue during the coronavirus pandemic. 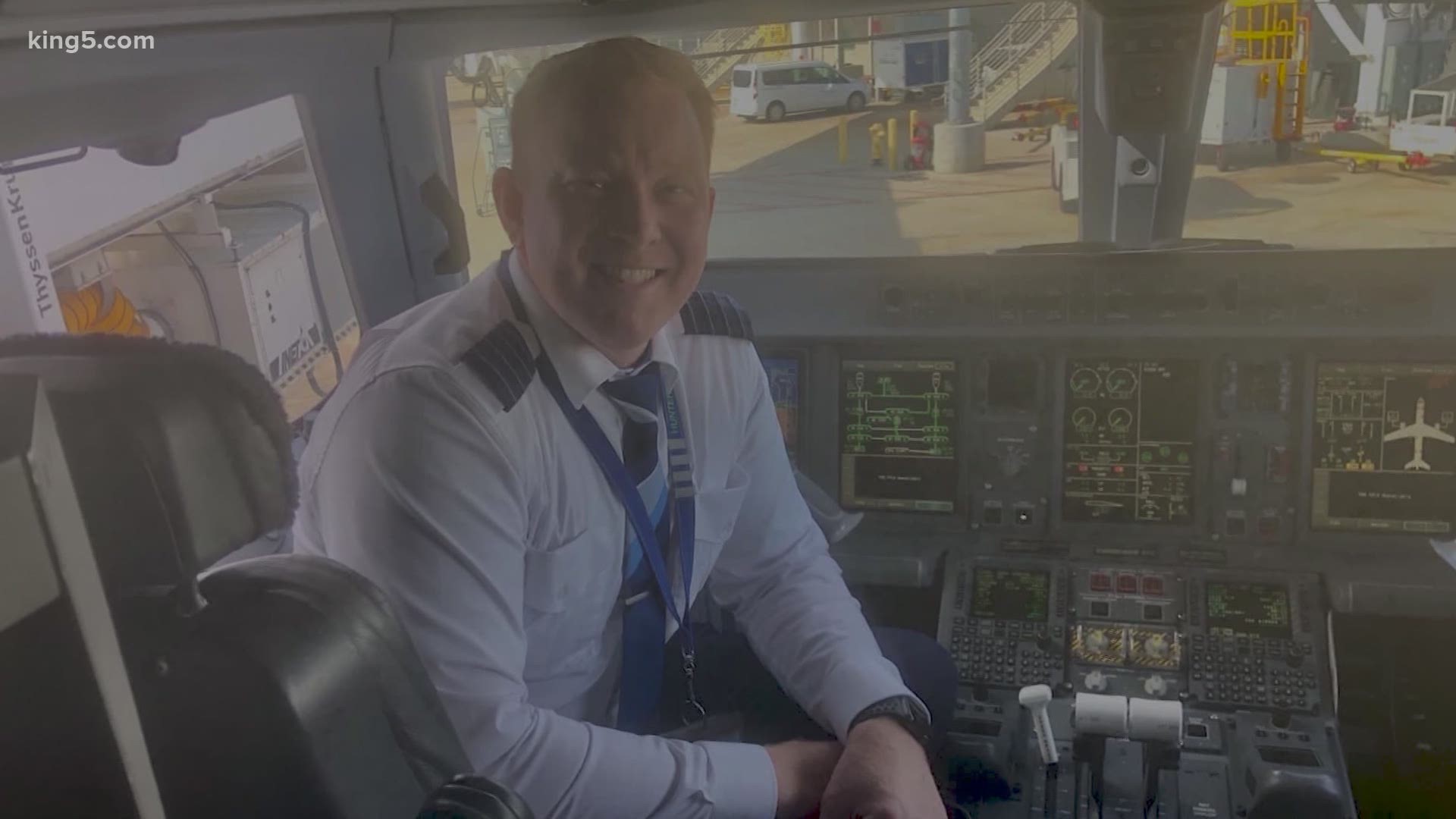 A Horizon Air pilot volunteered to take an unpaid leave of absence so he could help Orting Valley Fire and Rescue, which needed an experienced paramedic to help respond during the novel coronavirus (COVID-19) pandemic.

“Both jobs really have an adrenaline rush behind them,” said Hunter Chumbley, who has flown for Horizon since 2017.

Before becoming a pilot, Chumbley spent several years as a firefighter and paramedic with East Pierce Fire and Rescue.

Three years ago, at age 36, Chumbley did something that would probably terrify anyone with a well-established career. He quit his job to pursue his childhood dream of becoming a commercial airline pilot.

“It was actually kind of scary leaving a job that I had been at for so long and not really knowing where it was going to go,” he said on Tuesday.

But as Chumbley lifted-off on his first flight, he knew that was where he belonged.

“It was a goal of mine, so I had to achieve it,” Chumbley said.

His airline career screeched nearly to a halt this spring as the novel coronavirus grounded flights worldwide.

Many fire training programs are on hold right now and Orting Valley Fire and Rescue needed someone with experience to fill in for six months.

RELATED: The second virus wave: How bad will it be as lockdowns ease?

Chumbley volunteered to take an unpaid leave of absence from Horizon and joined Orting Valley Fire and Rescue in April.

“We’re really safety-driven in both industries,” he said.

He hopes his decision will allow other pilots without backup careers to keep flying.

Chumbley said he would like to return to the flight deck in the fall, but he does not want this to be his final stint in a firehouse.