The money will be used in part to provide restitution to passengers who were detained, arrested or deported after immigration agents boarded their bus in Spokane. 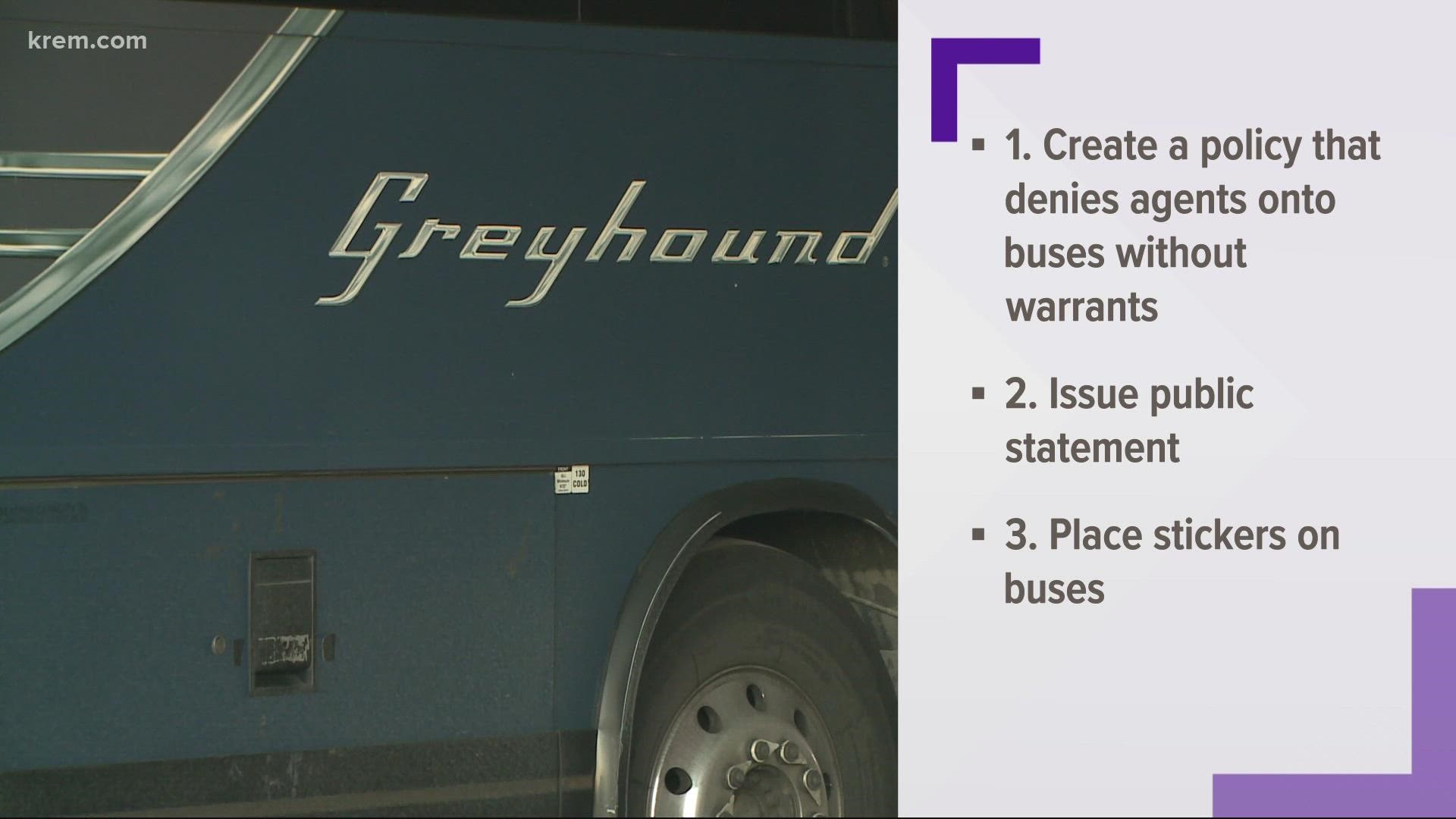 The money will be used to provide restitution to those passengers who were detained, arrested, or deported after immigration agents boarded their bus at the Spokane Intermodal Center and for Ferguson's partial reimbursement of his office’s litigation costs. The amount of restitution that each individual will receive  will depend on the number of claims and the severity of harms suffered due to Greyhound’s conduct.

The agreement filed in Spokane County Superior Court on the eve of trial requires Greyhound to enact a number of corporate reforms. Those include Greyhound corporate policy denying CBP agents permission to board its buses in Washington without warrants or reasonable suspicion and that the national bus line trains its drivers and other employees on how to communicate that policy to CBP agents.

“If Greyhound had simply accepted our reasonable demand, they would have avoided a lawsuit...," Ferguson said in the press release. "Greyhound has an obligation to its customers — an obligation it cannot set aside so immigration agents can go on fishing expeditions aboard its buses.”

Ferguson said in a tweet on Monday that Greyhound agreed to his demands and wrote, "Greyhound will no longer consent to exposing its passengers to fishing expeditions from ICE."

#BREAKING On the eve of today's scheduled trial, Greyhound agreed to my demands. Greyhound will no longer consent to exposing its passengers to fishing expeditions from ICE. Greyhound will pay more than $2 million for the Washingtonians harmed by Greyhound's conduct.

In January 2019, comedian Mohanad Elshieky, was detained by Border Patrol agents at the Spokane Intermodal Station. He sued the US Border Patrol after the incident that reached a settlement with the government that resulted in them paying him $35,000.

Elshieky was based in Portland at the time and was returning home via Greyhound from a gig at Washington State University in Pullman. Border Patrol agents boarded his bus and began questioning passengers. They pulled four of them off the bus, including Elshieky, who is originally from Libya and received asylum in the United States.

Elshieky said the agents demanded he show documents, and then when he did, accused his of being fake, and generally behaved with hostility despite having no reason to believe any crime had been committed.

He was eventually allowed back on the bus, but the incident has affected him long-term, Elshieky told KREM in an interview Thursday.

With the help of the ACLU and the Northwest Immigrant Rights Project, Elshieky sued the Border Patrol for detaining him without cause.

After that memo was published, Greyhound announced they would no longer allow agents on their buses without a reason. Previously, the company had said it didn't like the practice but was powerless to stop it.