Seattle Parks and Recreation said that outreach has begun for those living unsheltered at Green Lake Park. 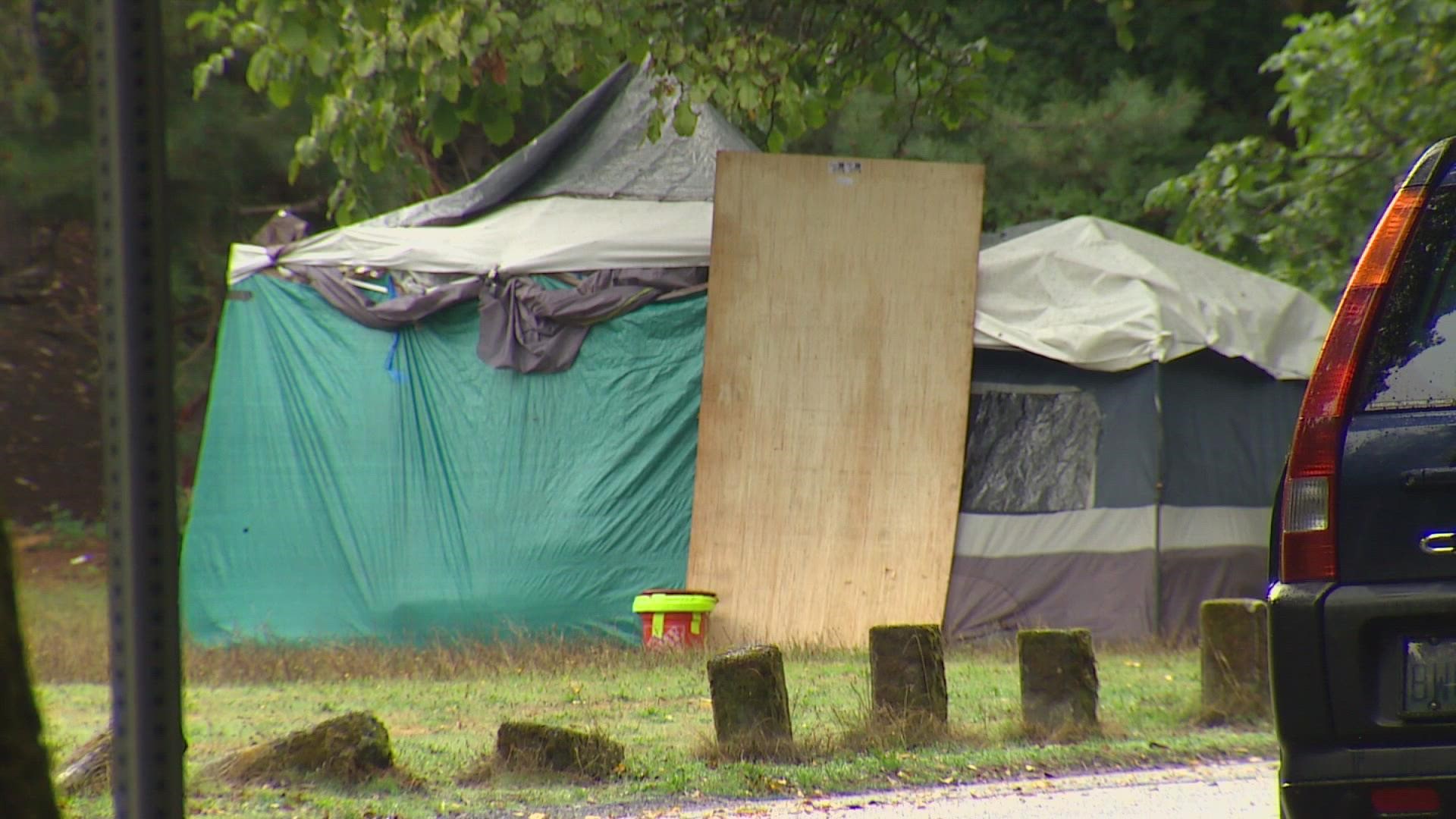 SEATTLE — A homeless camp in Seattle's Green Lake Park continues to cause concern and fear for people living nearby.

Residents who have lived in the area for 20 and 30 years said they're scared and fed up with the situation.

"I call 911 several times for gunshots at night. My kids no longer run in the park like they used to, and you cannot reserve a shelter in Woodland Park for an event or for a community organization because there are no permits being given because it's an encampment now," said resident Edward Balet.

Balet said he doesn't understand why the city has allowed the encampment to grow. There are now about 50 tents and a dozen RVs along the lake.

One tent recently caught fire taking down a tree with it.

"That cleared a few of them out for a bit, but not for long," said Balet.

So far, residents said they've been getting generic email responses from the city with phone numbers to call for maintenance issues and links to the city's homeless response blog.

But last week, Seattle Parks and Recreations said in an email statement that the park is now a high-priority location, and outreach to people living in the park has already begun.

Many residents believed the camp started when the city closed West Green Lake Way N and made it a Safe Street during the pandemic.

Calls to the city in favor of opening the street were finally met in September, but the encampment hasn't gone anywhere.

"It's the drugs, the crime. I just don't come to Green Lake anymore. I don't walk around the park. I stay away from the camp. My swimming hole is on the north side so, I don't see the camp. That's about all I come for. It's a nasty scene, you know," said resident John Murphy.

The city said the camp could be addressed as early as next month, although a date has not been set.