With concerns over the health risks of our smoke-filled skies, Gov. Jay Inslee promoted the carbon fee that will appear on the fall ballot. 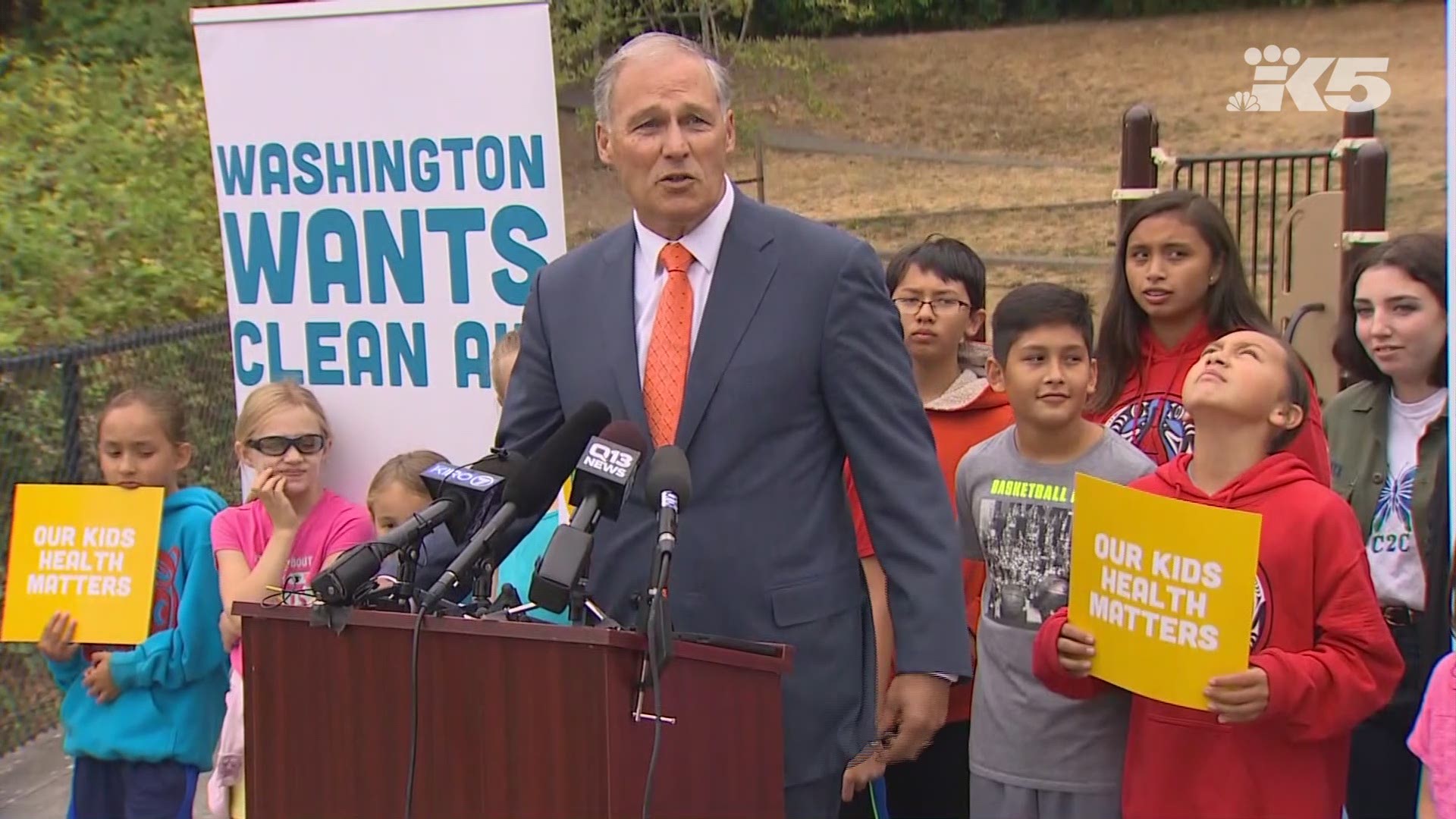 Governor Jay Inslee used the wildfire smoke blanketing Western Washington as an opportunity to promote the carbon fee that will appear on the November ballot.

“I came here today because the health of our children is at risk,” Inslee said. “What these children represent is an effort in the state of Washington to give them what they deserve, which is clean air. They deserve better than a smoky future. They deserve lungs that breathe clean Washington air, not smoke from hundreds of forest fires.”

The answer, Inslee said, is Initiative 1631.

“Today, this smoke be opaque. But when it comes to children’s health, it has made something very clear, and that is the state of Washington needs to pass this clean air initiative, so these children can breathe clean air. They deserve that. The significance of this is profound.”

The initiative by the Alliance for Jobs and Clean Energy was certified for the November ballot after organizers collected approximately 375,000 signatures. If approved by voters in the fall, a fee of $15 per ton of carbon emissions would be levied starting in 2020. The fee would increase by $2 per ton of emissions – and the rate of inflation – every year. The initial fee would raise the cost of gas by approximately 14 cents per gallon.

Seventy-percent of the revenue raised through the carbon fee would be invested in clean energy. The rest would be spent on preserving clean water, forests, and communities impacted by carbon pollution.

Inslee says it’s up to Washington voters, because the state isn’t going to get help from the White House.

Supporters say the initiative will create jobs based around clean energy.

Opponents, such as Senator Doug Erickson, have said otherwise. He believes that along with increasing gas prices, it will also raise utility costs.

The initiative does include exemptions for trade-dependent businesses, and an exemption for aviation fuel.

It’s a similar attempt to Inslee’s failed state carbon tax, which failed to move forward during the last legislative session.