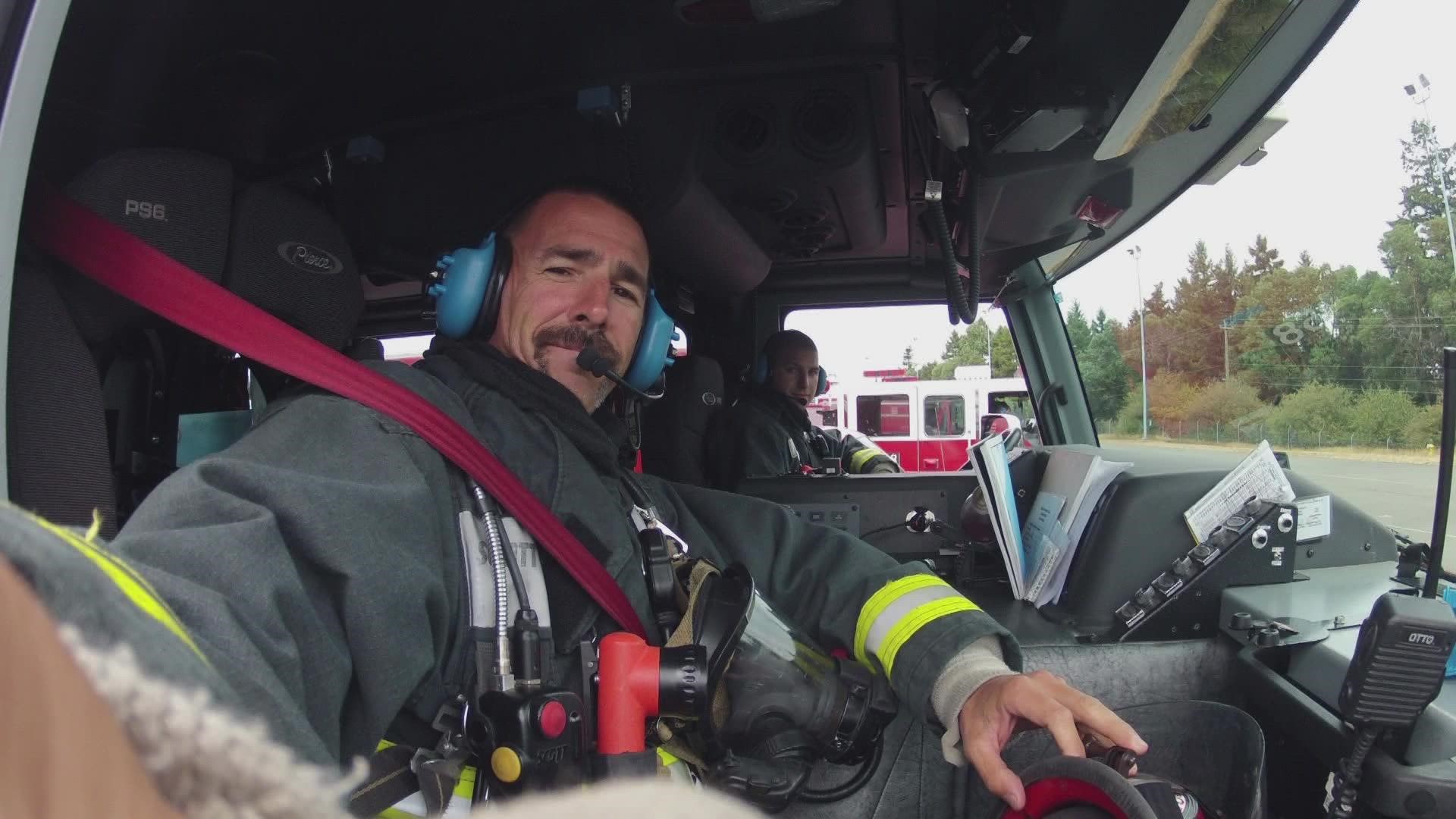 GIG HARBOR, Wash. — As a firefighter and a soldier before that, all Gig Harbor Fire Lt. Kent Cooper has known is serving the public.

However, next month Cooper said he's prepared to lose his job over Washington's COVID-19 vaccine mandate for some workers.

Health care workers, state workers and K-12 employees must be fully vaccinated by Oct. 18 or be dismissed from their jobs.

Cooper, a Gig Harbor EMT for nearly 24 years, said he is not ready to get the vaccine and won't be pushed to because the state is mandating it.

There’s no evidence any of the vaccines are unsafe. Since last December, health officials have said vaccines are the best protection against the virus causing major health problems.

The overwhelming majority of hospitalized COVID-19 patients are not vaccinated, according to the Washington State Department of Health.

When he was in the military, Cooper understood he had no choice in what vaccinations he received. He said the state should not have that same authority.

"To use that leverage against me to put something in my body that I don't want,” said Cooper. “This is not right."

Cooper said he has not decided if he will get the vaccine but knows he won’t quit his job.

“They're going to have to look me in the eye and fire me,” said Cooper.

Curran said approximately 75% of employees in the department mandated to get the vaccine have been vaccinated. She said an unknown number are going through the vaccine process.

Curran said she knows the mandate has been a hardship on some EMT firefighters who could be terminated. While the department is trying to find options for those employees, some may have to be fired.

“There may be, unfortunately, in the end, a couple,” said Curran.

Cooper said he may end up getting the vaccine to save his job so he can continue to serve his community and support his family, but knows there are members of the community, from his neighbors to Gov. Jay Inslee, who want him out of the department unless he gets the vaccine.