'Get ready': Seattle businesses prepare for worst after viaduct closes

Several transit agencies met with Seattle drivers to warn about the upcoming Viaduct closure and ways to navigate around the traffic disruption. 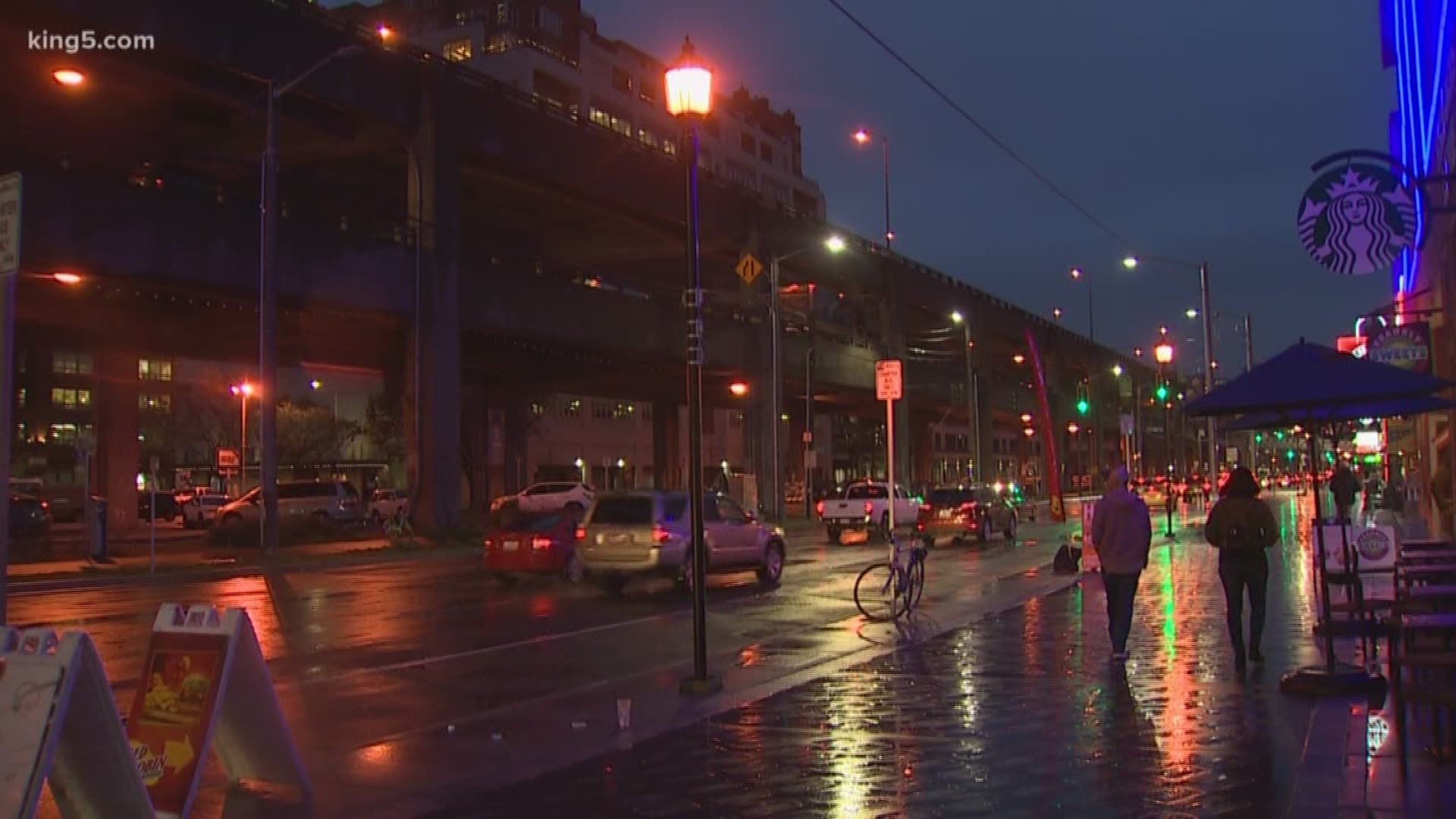 More than 90,000 vehicles currently use Seattle's Alaskan Way Viaduct every day. All of those drivers will have to come up with a different plan soon because the viaduct closure is scheduled to begin on January 11. The closure will allow construction crews to hook up SR 99 to the new tunnel and reconfigure ramps in the area.

At Sound Sports, you can see the viaduct outside the front door. Owner Ben Raykovich says he is close enough to the viaduct to already feel the ripple effect.

"It's been tough on businesses and we're one of them," said Raykovich. He's seen construction crews and lane closures near his business.

"It becomes a traffic jam, a perpetual traffic jam, and so people aren't coming down like they used to," he said. And Raykovich knows it's about to get worse.

The 3-week SR 99 closure will stretch from the south end of the Battery Street Tunnel to the West Seattle Bridge.

Lorri Ericson attended the meeting because she lives in Belltown. She is concerned about how difficult it will be to get out of her neighborhood.

"What is going to happen to those of us who need to get in and out of the city occasionally?" Ericson asked.

The message delivered at the meeting? Get ready. Graphs prepared by WSDOT predict the gridlock with travel times spiking. Commuters are encouraged to reduce drive-alone trips downtown, avoid peak travel times, use public transit, and if possible, telecommute.

"Maybe they will stagger their times, maybe it is something that people will accommodate," said Raykovich. "We will just have to see."

There will also be up to three weeks of additional ramp closures before and after the three-week closure of SR 99.