Last week there were huge crowds across the country for March For Our Lives. One local rally that became heated, but didn't get much attention was in North Bend. 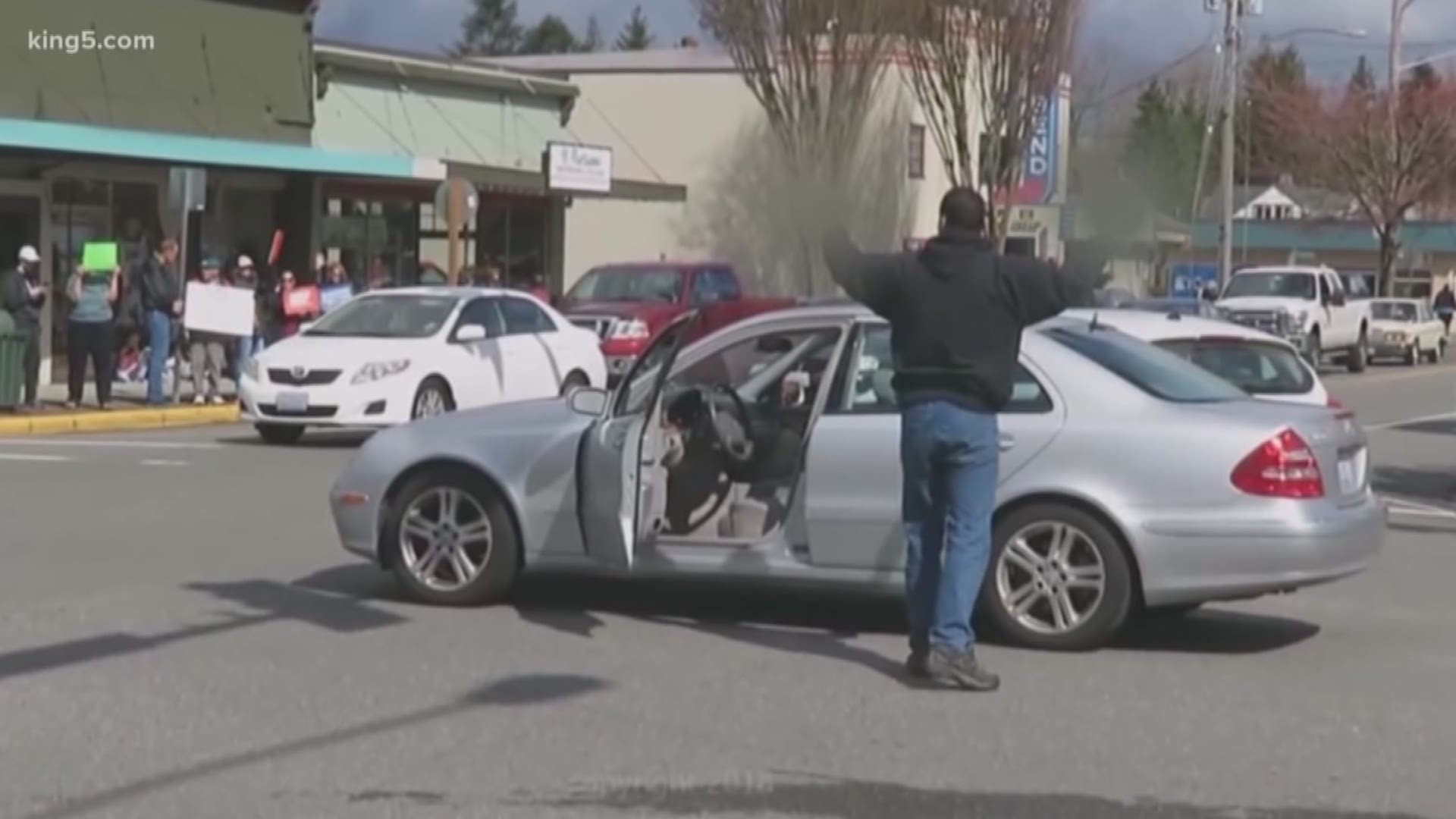 A tense standoff at a “March For Our Lives” protest last weekend continues to reverberate one week later in the town of North Bend.

Greg Kuwolsky said he was the man in a video going around on YouTube. Kuwolsky made obscene gestures to the crowd.

“I was upset. I came by. I saw an anti-gun rally,” he said Saturday. “Would I feel that those actions in front of a kid were good? No. I didn’t see any kids there.”

Kuwolsky’s wife owns The Pour House, a North Bend bar. He said his actions were not a representation of the bar.

TJ Hanify is a high school teacher who brought his wife and four kids.

“To pretend to do something sexual in front of a crowd of women and children, that was not your average day here in North Bend,” he said.

He stopped short of calling for a boycott of The Pour House.

Keely Cofrin Allen was protesting too. She walked into the intersection and had a standoff with Kuwolsky.

“He said something nasty to me and was off on his way,” she said but added she wasn’t particularly bothered by the interaction.

Instead, she said, she was heartened by a conversation she had with a local gun advocate this week.

“We had a lot more in common than you would’ve thought,” she said.

Despite being on opposite sides of the debate, Kuwolsky agreed with the gun control advocates on some gun reform measures, including universal background checks, keeping guns away from the mentally ill, and mandating safe storage.