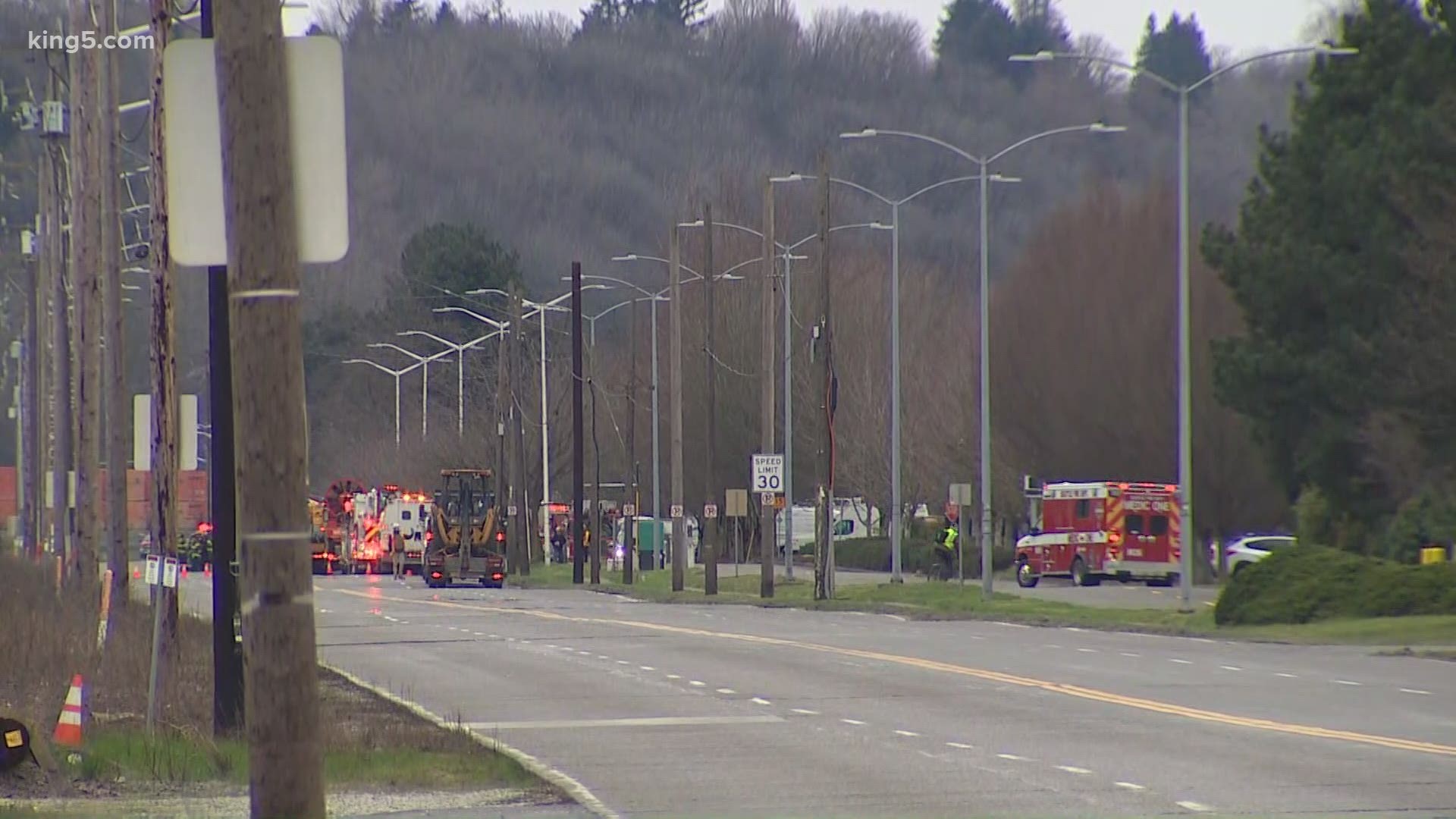 All buildings in the immediate area were evacuated, according to Seattle Fire. Puget Sound Energy (PSE) secured the leak, and Seattle City Light shut off power to the area. Seattle Fire ventilated the area.

Shortly after 5:30 p.m., Seattle Fire tweeted that air quality was back to a safe level. Fire crews have cleared the scene. No injuries were reported.

King County Airport and Boeing Field were closed during the leak, but have since reopened.