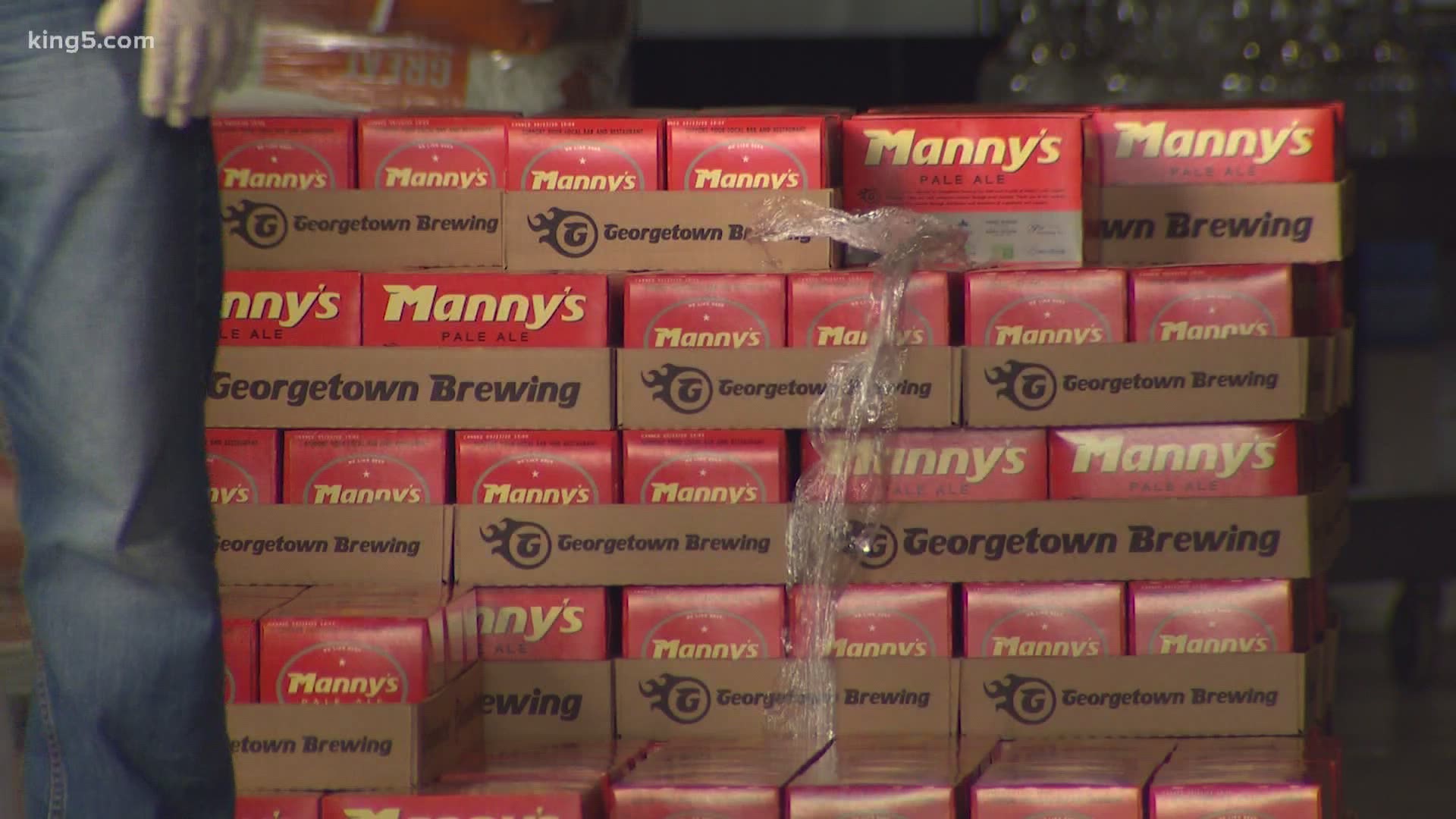 SEATTLE — Have you been missing out on sitting at the bar and sipping your favorite ice-cold brew?

The coronavirus pandemic has forced restaurants, bars, and breweries to shut down unless they can offer takeout, so one Seattle brewery is bringing one of its much-loved draft brews into a can for you to enjoy.

Georgetown Brewing staff announced on Facebook Friday they're now canning Manny's Pale Ale, which is served on draft in many bars in Seattle.

The brewery doors opened at 10 a.m. Saturday and staff said they were prepared for a line of thirsty customers anxious to get their hands on the brew.

Brewery staff said the money made on sales will go toward helping the restaurant industry in Seattle.

The brewery plans to roll out the cans over the next six weeks.

The canned Manny's will also appear in local grocery stores likely after the Memorial Day holiday, the Facebook post said.