Community organizers are demanding that the Justice Department reopen all cases of those who have been killed by police in Minnesota. 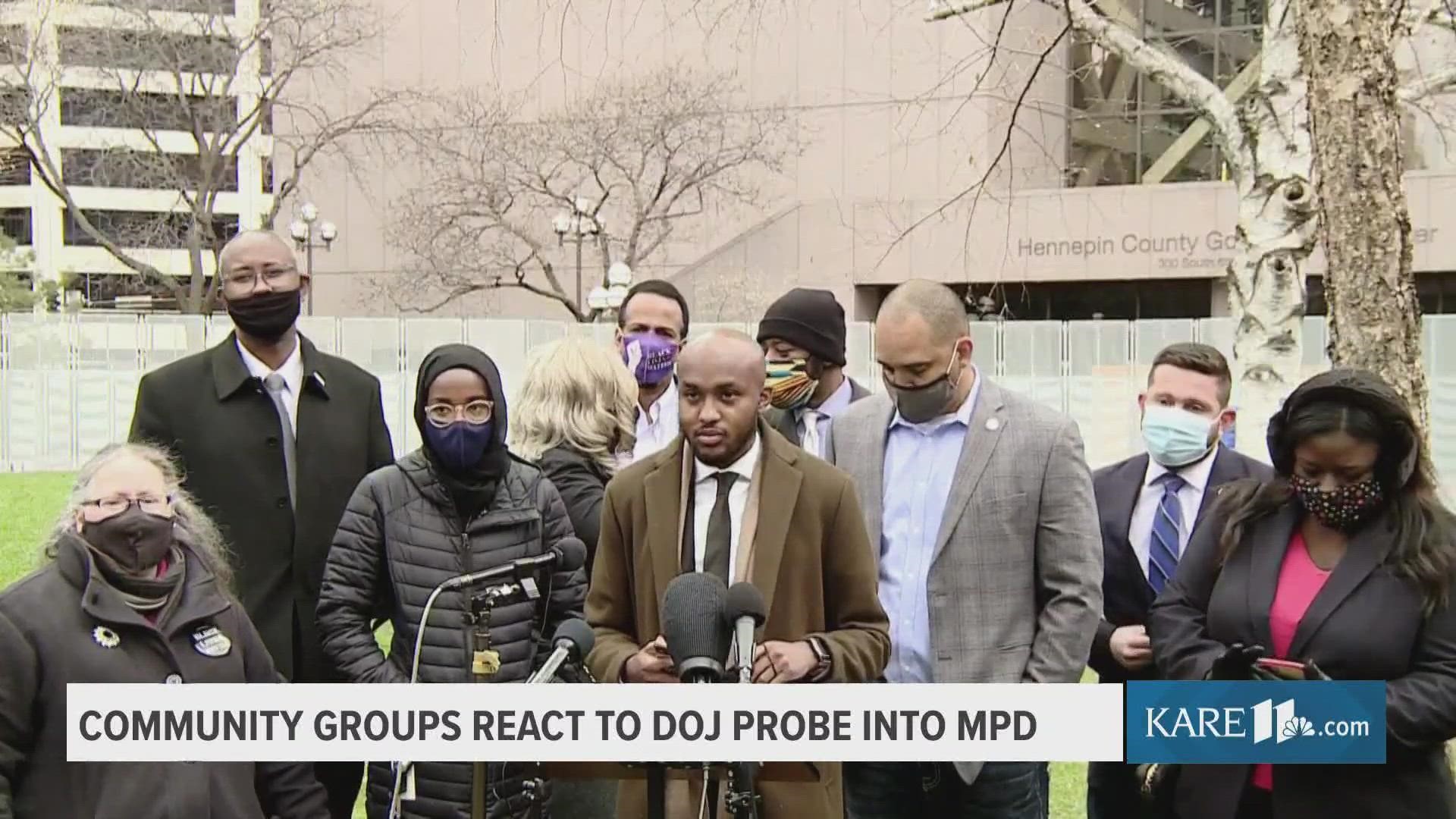 MINNEAPOLIS — Community leaders are calling on Justice Department officials to expand an investigation into Minneapolis' policing practices beyond the city following former officer Derek Chauvin's guilty verdict in the murder of George Floyd.

The Justice Department is already looking into whether Chauvin and the other former Minneapolis officers involved in Floyd's death violated his civil rights. But the investigation announced Wednesday will examine whether there is a pattern or practice of unconstitutional or unlawful policing within the department.

"It is our belief that the patterns and practices investigation be expanded to St. Paul and Brooklyn Center, and other cities within the Twin Cities. The proximity of these cities to Minneapolis, we believe they have tainted pools that need to be flushed out," said Jonathon McClellan, of Minnesota Justice Coalition.

"We also believe that police will do anything to maintain their silence and hide behind their blue wall, fortifying it, like they did the Hennepin County Government Center," McClellan said, referencing the barricades and fencing put up in preparation of civil unrest during Chauvin's murder trial. "But like all walls, they have to come down sometime."

Civil rights attorney Nekima Levy Armstrong, of the Racial Justice Network, said that they contacted the Justice Department years ago, before George Floyd and other victims of police violence in Minnesota were killed. 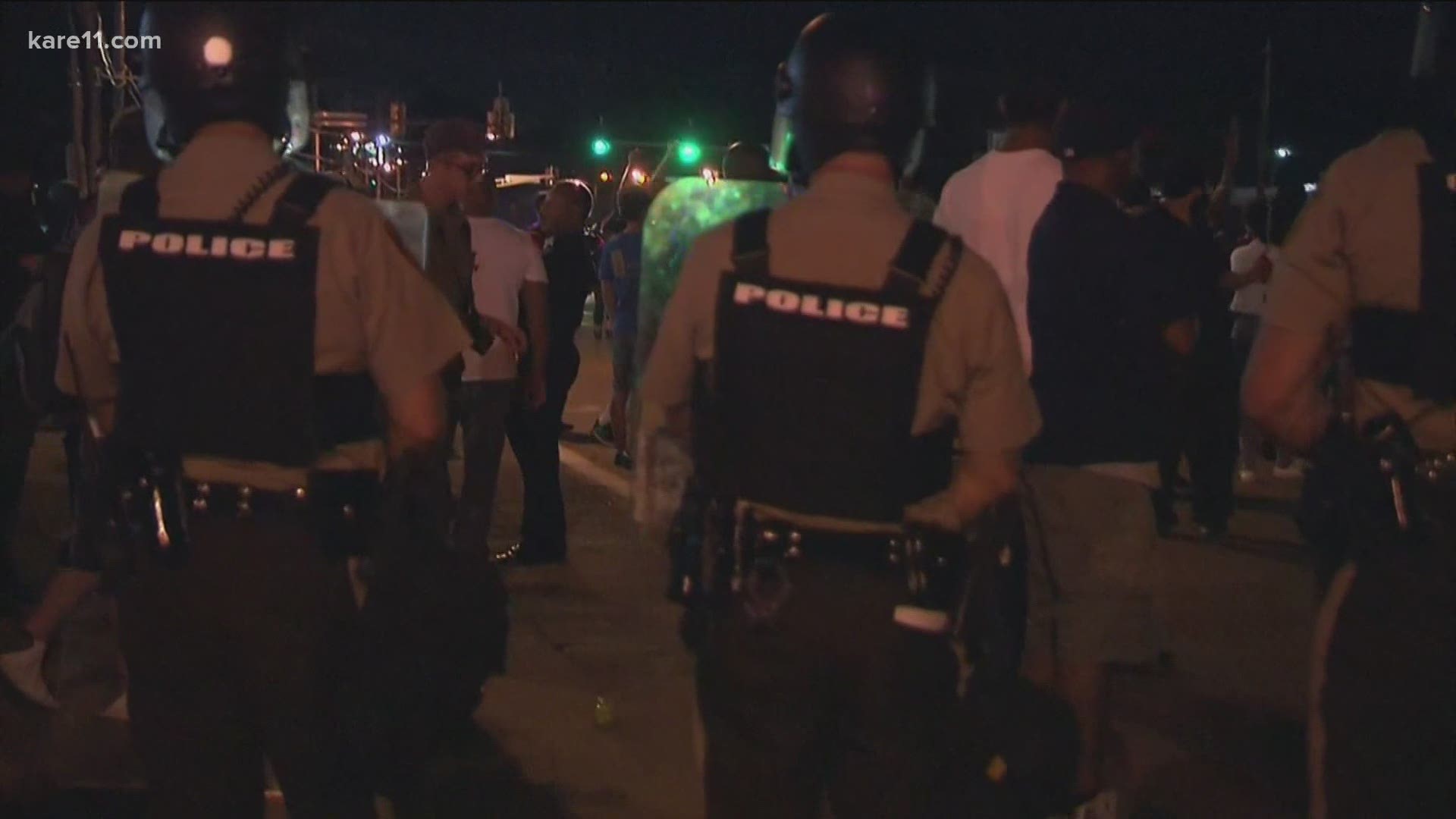 Armstrong also demanded that Justice Department officials reopen cases of those who have been killed by police in Minnesota.

Frey called it "an opportunity to work toward deep change and accountability."

"We have a generational opportunity to do better by the Black community, and the only way to seize it is through bold action," he wrote.

Walz said he's looking forward to reviewing the findings as the state works "to rebuild trust between law enforcement and the communities they serve."

Earlier Wednesday, Bishop Harding Smith, president of Minnesota Acts Now and the leader of the Spiritual Church of God, held a news conference to reflect on the verdict that came down in Minneapolis Tuesday.

Smith was joined by other faith leaders including Pastor Brian Herron and Pastor Brenda Walton, local activist Spike Moss and State Rep. John Thompson, among others, to call for healing and peace.

Pastor Herron took the podium first, praying, "That hearts and minds of this nation would be changed, that you would knit hearts together as one, and that we would learn to respect each other's humanity."

"We are happy about the verdict, we commend our Attorney General Keith Ellison and our Chief Rondo Arradondo, we commend them but yet we are still disturbed," Herron told the crowd. "It is not the relief that we need in this city. ... I would say don't take the pressure off and don't take your foot off the gas. Keep pressing and keep fighting for justice until we get justice."

The leaders gathered just after noon at the Hennepin County Government Center, where less than 24 hours ago Judge Peter Cahill read the jury's verdict of guilty on all three charges against Chauvin in Floyd's death: second-degree murder, third-degree murder and second-degree manslaughter.

The jury deliberated less than 10 hours before reaching their unanimous verdict. Cahill said he will soon set a sentencing date, and it will be in about eight weeks.

Smith said he welcomes the verdict, but that it is only the beginning.

"We need to eradicate racism," he said. "Racism has been the cornerstone, the bedrock of this country for way too long."

Pastor Brenda Walton of Watchmen Outreach Ministries called on people to "be vigilant and continue the work."

"We thank God for the Floyd family and we're praying for them, and the Wright family," she said. "And we are constantly going to pray for even more accountability. We thank God on yesterday for the verdict, and it was a great outcome. But we still have a lot to do. We still have a long way to go. But we as children of God know that God is still in control."

Walton said the community will continue to trust in God for their help.

"We are tired of our Black men being exterminated by the people who are supposed to protect them," she said. "We don't want to do the talks to our young men. 'Be careful. Don't do anything to get stopped.' We don't want those talks."

"As we celebrate the bare minimum of accountability because it's so rarely seen, just a few short miles away, a community grieves Daunte Wright in Brooklyn Center, another police killing that will itself be eclipsed by more until we bring true change," he said.