"I've stayed up apologizing and apologizing to George Floyd for not doing more," a teen witness told the jury in Derek Chauvin's trial Tuesday. 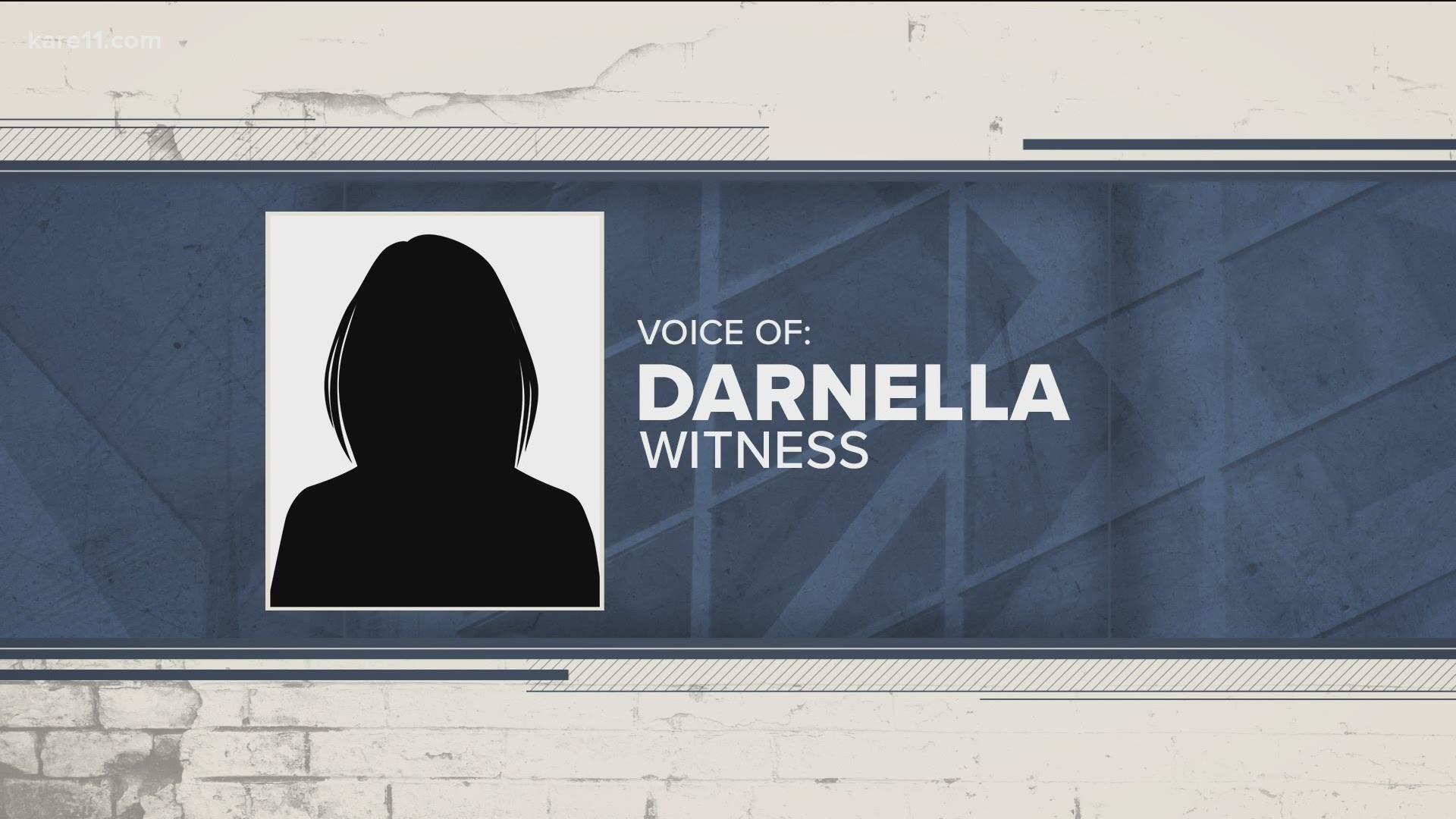 MINNEAPOLIS — Editor's note: This article includes witness statements about George Floyd's death, which could be upsetting to read.

A teenage bystander who took the video of Derek Chauvin kneeling on George Floyd's neck that’s circulated around the world testified in the former Minneapolis police officer's murder trial Tuesday.

The young woman, who was 17 at the time of Floyd's arrest, described his last moments to the jury in an emotional testimony that the court only made available to the public by audio. KARE has decided to only identify the witness by her first name, Darnella.

Darnella is among four young witnesses called by the state to testify. She’s one of two who were minors at the time of Floyd’s death. The other two are still juveniles.

Darnella described walking with her 9-year-old cousin to Cup Foods, where a clerk called 911 to report Floyd for using a counterfeit $20 bill on May 25, 2020. Upon arriving, she recalled seeing "a man on the ground and... a cop kneeling down on him."

Darnella testified that she directed her young cousin to go into the store because she didn't want her to see "a man terrified, scared, begging for his life."

Prosecutor Jerry Blackwell asked Darnella about what led her to come back to the scene.

"It wasn't right. He was suffering. He was in pain," she said of Floyd.

Chauvin’s attorney, Eric Nelson, asked Darnella about the crowd of people on the sidewalk that night. She confirmed that there were about 12 people at the scene when Floyd was taken away in an ambulance.

Darnella also acknowledged that some people in the crowd called officers names.

“Yes, more so as he was becoming more unresponsive,” she said of Floyd.

Blackwell was given an opportunity to redirect the defense’s questioning, asking Darnella about how witnessing Floyd’s final moments affected her life.

"It's been nights, I've stayed up apologizing and apologizing to George Floyd for not doing more, and not physically interacting and not saving his life,” Darnella added