1st Responder Conferences gather police, paramedics, dispatchers, firefighters, and their families together for an honest discussion about their wellness. 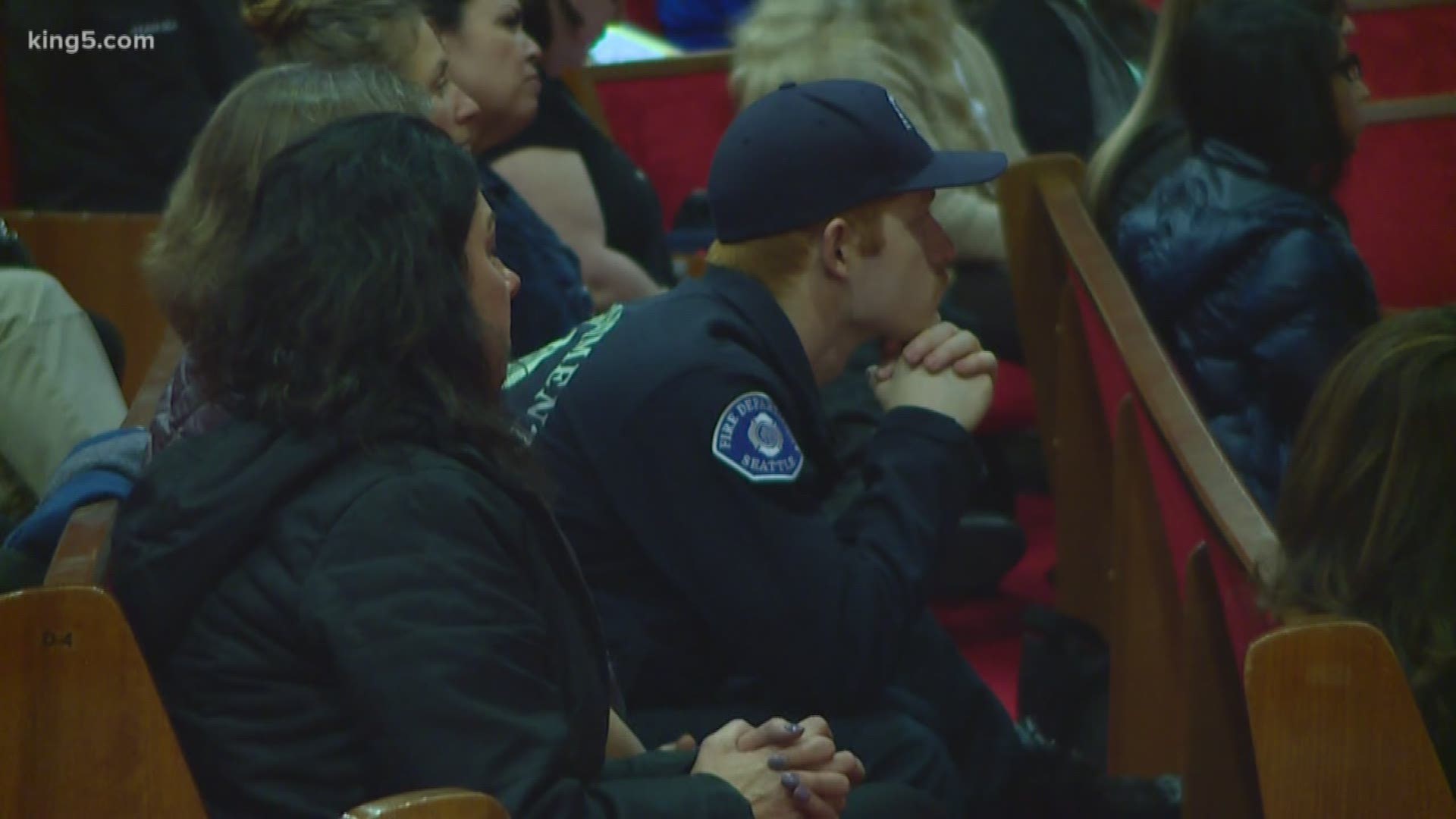 A married couple who works for the King County Sheriff's Office is encouraging other first responders to take better care of their mental and emotional health. They're using personal experience to help others.

About a decade ago, KCSO Deputy Shawn Thomas joined a team tasked with supporting her peers having a difficult time overcoming the stress of their jobs.

She was alarmed by what others grappled with: PTSD, addiction, and marital problems afflicted many of her peers.

“That was kind of the eye-opener,” Thomas said. “And then in 2015, my husband, who is also a deputy with King County Sheriff’s Office, was coping with alcohol and he realized that he needed help.”

“I was able to get the help I needed, and we just became interested in trying to get everybody else the help they need, if they need it,” her husband Jeff Thomas said.

That's how 1st Responder Conferences started. The Thomas' and others in their line of work organized a gathering, a frank discussion, about how to take better care of themselves and their families.

They met in Burien this week, where Mike Washington, a Seattle firefighter, told his story about responding to horrifying scenes while dealing with his own emotional trauma.

He was working a shift in 2008 when a Marine showed up to the fire station and delivered the news that his son, Sgt. Michael T. Washington, 20, was killed in Afghanistan.

“These are my brothers and sisters, we may not know each other’s names exactly, but I am them, they are me,” Washington said about the people he speaks to.

“I'm letting a new audience know that it's OK, that somebody like me that's been around a while, done a lot of things, has suffered through things, can be on the other side,” he said.

For some in the audience, which includes family members of first responders, just showing up is a first step toward recognizing that this is no ordinary job or lifestyle.

“We're trying to let them know that they're not alone, that other people are going through the same thing that they're probably enduring,” Shawn Thomas said.

They leave with information on treatment options, a better sense of what help is out there, and a community of others who get it.

Since launching 1st Responder Conferences in 2016, the group has been asked to organize similar gatherings in Florida, Idaho, Texas, Arizona, and North Carolina.