"I thought at the end of the day, I have a bunch of skills that I can use to give that back and pay it forward." 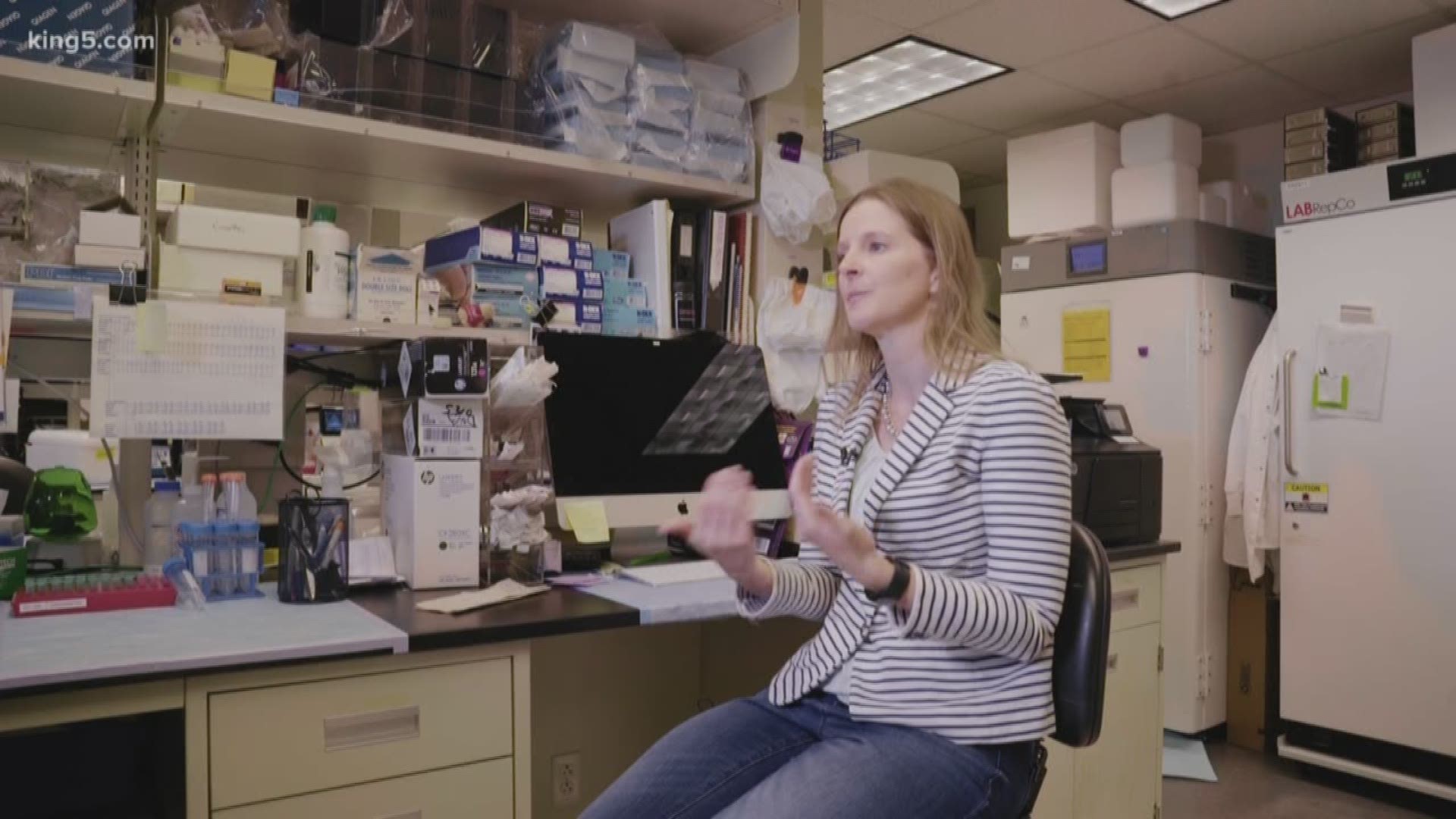 SEATTLE — At Fred Hutchinson Cancer Research Center, you can find Dr. Kristin Anderson leading lectures or in the lab.

For her, it's a career choice that wouldn't have happened if she wasn't diagnosed with cancer.

"When I went through cancer, I made a huge career pivot because I realized I was only alive because researchers had been in the lab late nights, long weekends, trying to create this drug that saved my life. And I thought at the end of the day, I have a bunch of skills that I can use to give that back and pay it forward," Dr. Anderson said.

She had just turned 28 years old when the lump was discovered.

"We did a biopsy, and the next Monday morning they called and said we need you to come in because it is cancer," said Dr. Anderson. "I think the biggest thing I was really freaked out about at the time was the type of cancer that I had. It is called or referred to as triple-negative breast cancer. The people who often have the worst prognosis are people with triple-negative disease."

Dr. Anderson also found out she carries a genetic mutation, BRCA, that actually worked in her favor. Essentially, that mutation produces tumor-suppressor proteins.

"I got really lucky because as a person with a BRCA mutation, they actually had developed new drugs that worked really, really well in those kinds of cancer cells," she said.

She also underwent traditional chemotherapy for treatment. Anderson said she leaned on the support from her spouse and a good friend, Joyce.

Joyce was diagnosed with cancer, too.

"Joyce, she just had this laundry list of things that I had never heard of because she lived it. She knew what I needed," Dr. Anderson explained. "She went through the whole cancer experience, and really helped me on my journey. And I have some survivor's guilt because my cancer didn't come back, but hers did. We had to say goodbye this summer because hers was stage 4 metastatic."

Joyce's journey and her own have given her inspiration.

Eight years after her diagnosis, she's cancer-free and still fighting.