Did the City of Seattle tip its hand about the future of the Center City Connector? Supporters of the streetcar project worry city leaders are losing confidence in the project. 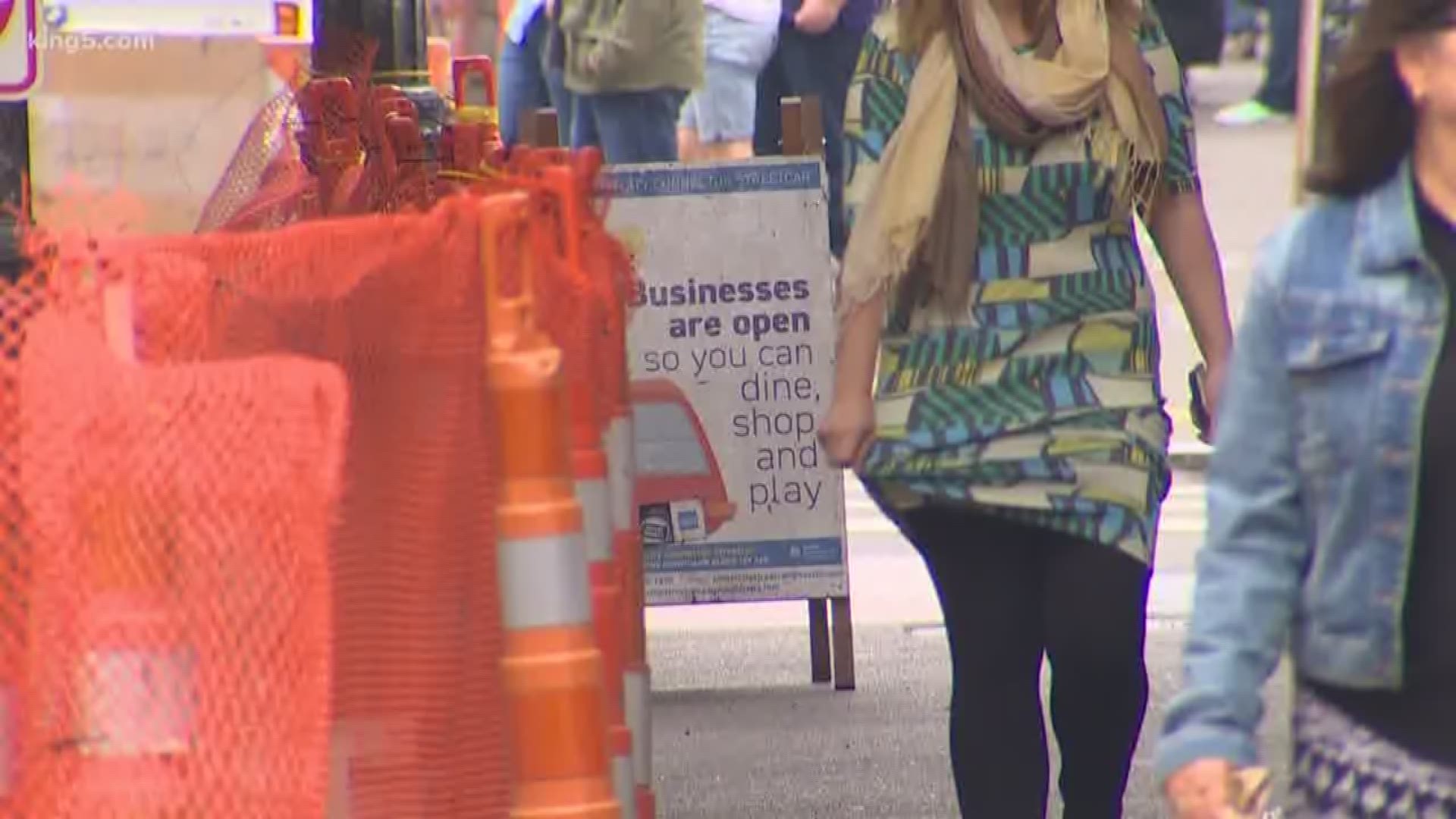 Business leaders in Seattle are wondering if the city tipped its hand about the future of the Center City Connector as they look through a tangled web of documents related to the streetcar and a future arena.

“The Center City streetcar and the streetcar system has been absent and when the questions have been raised, there is no answer, that's concerning,” said Mike McQuaid, chair of the transportation committee for the South Lake Union Community Council.

RELATED: Seattle's new streetcars may be too big for current tracks

McQuaid notes that the city’s Draft Environmental Review of the new Seattle Center arena contained little about the streetcar system. Recent presentations focused more on improving the aging monorail. He and others believe it’s a sign of the city’s confidence in completing the Connector, which was put on hold pending an outside review.

The Connector, as funded, would fill in the gap between the existing South Lake Union and First Hill streetcar lines. Mayor Jenny Durkan put a stop work order on the project in April, after it was revealed the project was $23 million over budget. That order came despite the fact that utility and preliminary work was already underway on First Avenue in Pioneer Square.

McQuaid and several other community and business leaders, signed a letter this week urging Mayor Durkan and the Seattle Department of Transportation to get the project moving again.

Thank you for the meeting with Deputy Mayor Ranganathan, SDOT Director Sparrman, staff and your advisor. We appreciate the opportunity to sit down and discuss the project challenges and how we can be assistance in moving the Center City Connector project forward.

We both understand and support the need to conduct a robust review of both the CCC project and the larger systemic issues that face our city departments. We are appreciative of the hard work involved in such a critical examination. We all want things to work better. As these various reviews continue to progress, we encourage you to separate the value of a completed streetcar project from the larger systemic issues within the City.

The value of the Center City Connector was demonstrated during a multi-year, multi-stakeholder process including scoping and the award of an FTA grant. The completion of the streetcar project is critical in providing both high capacity transportation and economic development opportunities to our growing center city neighborhoods. These neighborhoods which will be connected by the streetcar encompass the largest concentration of low income housing in the region, more than 10,000 units.

We are eager to work with you to ensure that the project is completed, as a demonstration of the CITY'S ability to deliver on projects and be a good financial steward. We look forward to continuing this conversation next Thursday and getting this project back on track.

Critics have pointed to low ridership and cost-effectiveness as reasons not to continue with construction plans. Durkan’s office said Thursday no decision had been made. Spokesperson Stephanie Formas told KING 5 that the mayor will listen to all feedback from stakeholders before making the call. The independent investigation is due by the end of the month.

Durkan and the Seattle Streetcar Coalition plan on meeting next week to discuss the Connector’s future.

Bryan Stevens, a spokesperson for the Seattle Department of Construction and Inspections, which is running the environmental review of the arena project, said the Connector is included “as a part of the 2020 Transportation network in both the DEIS or FEIS.”

McQuaid and the Streetcar Coalition say they are supportive of the independent review but are adamant about any outcome.

“Killing the Center City Connector could kill access to KeyArena,” he said, adding, “We need to find fixed right-of-way tools to make it happen and the streetcar is one of those.

“Otherwise, we set ourselves back mobility wise forty years.”