The nonprofit Downtown Emergency Service Center teamed up with Harborview Medical Center to build a full-scale healthcare clinic from the ground up. 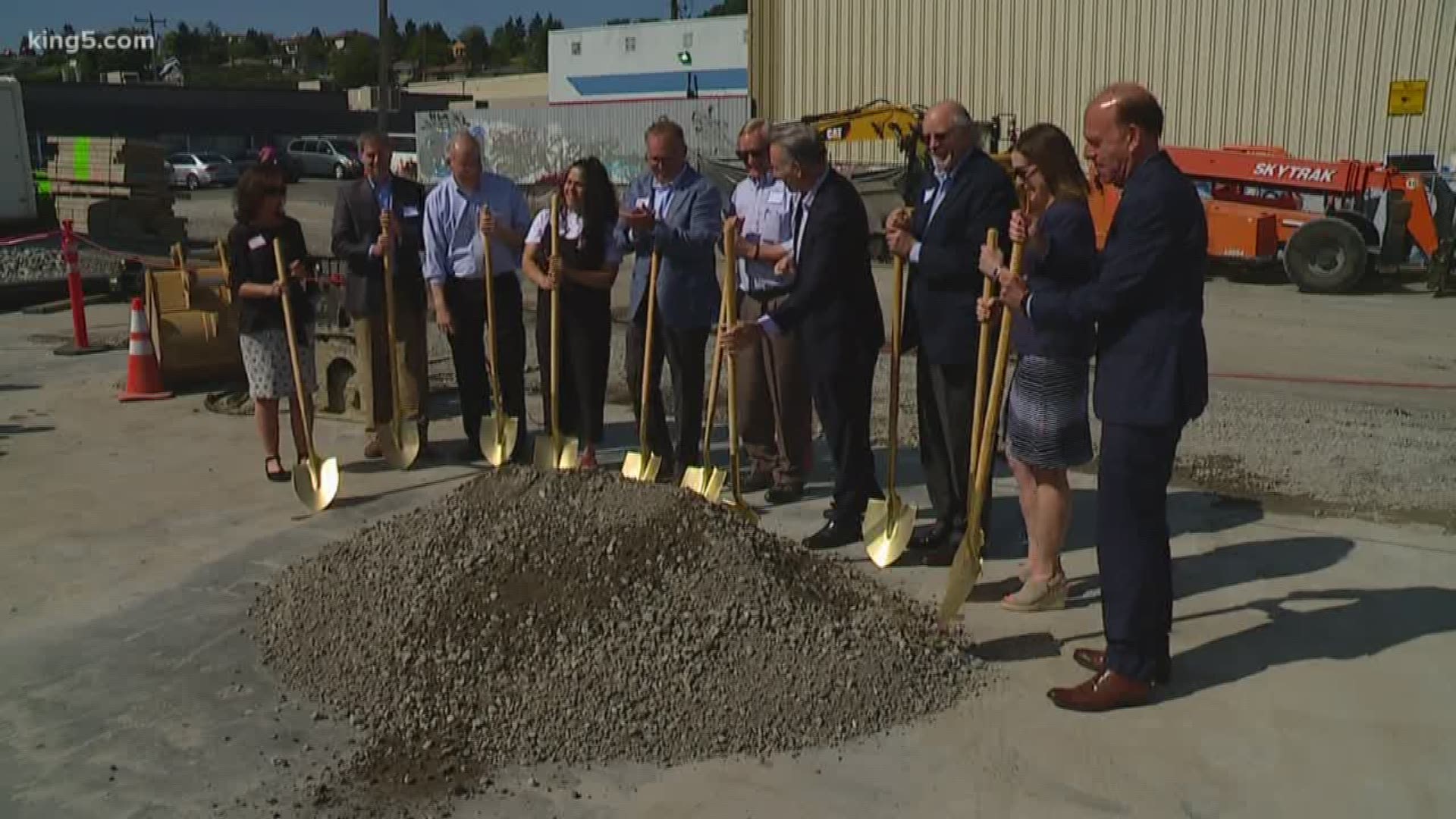 SEATTLE — A Seattle non-profit is behind a first of its kind homeless center that aims to treat and house people, giving them greater access to critical resources.

The non-profit Downtown Emergency Service Center (DESC) has teamed up with Harborview Medical Center to build a full-scale healthcare clinic from the ground up.

It will be located at the corner of 22nd Avenue S. and Rainier Avenue S. It will be designed to house and treat homeless people living with disabilities.

Bill Block has called Rainier Valley home for the last 40 years and has seen the neighborhood change.

"This is my back yard," said Block. “Little bungalows that people used to be able to afford are torn down and replaced by $800,000 houses.”

Block was there Tuesday for the groundbreaking of a project intended to help the most vulnerable population.

“It’s going to result in less chaos for people and less development of less chronic conditions, which ultimately means less burden on emergency departments, less burden on other kinds of crisis care systems,” said Daniel Malone of the DESC.

When it's complete, the clinic will be able to treat 10,000 people and the apartments above will house more than 170 permanent residents.

“By bringing this type of care together in a single place it allows both kind of conditions to be treated simultaneously and a person gets better across several types of dimensions,” Malone said.

It's a project that Block hopes will make an impact in his neighborhood.

“I think people have seen a significant rise in the people that are homeless," said Block. "It's a combination in the cost of housing and the fact that we aren’t providing physical health and mental health to the people who need it."