Ruling against the request of federal prosecutors, a Seattle magistrate ordered the release of suspected foreign spy arrested in Seattle earlier this week. 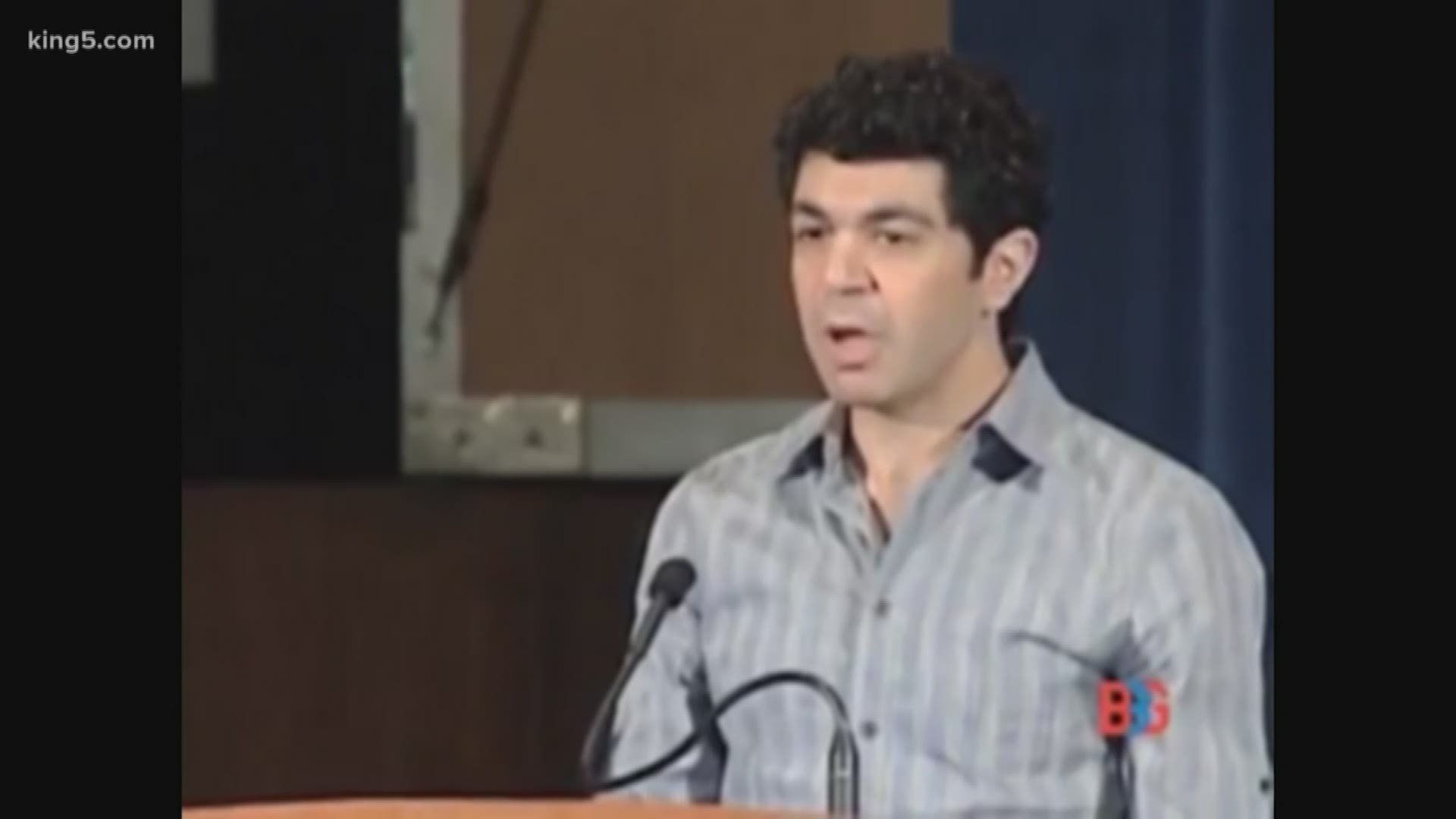 SEATTLE — Family and friends of a former Twitter employee accused of spying for Saudi Arabia call him a dedicated husband and father who has overcome recent mental health struggles, according to letters of support filed to federal court.

Ahmad Abouammo, a U.S. citizen and a media partnership manager for Twitter's Middle East region, is charged with acting as an agent of Saudi Arabia without registering with the U.S. government.

The case marks the first time the kingdom, long linked to the U.S. through its massive oil reserves and regional security arrangements, has been accused of spying in America.

The seven letters — four from family members, including Abouammo's wife, and three from former co-workers — were filed Thursday ahead of the hearing. The letters paint a portrait of a kind, caring man who is needed at home to support his family and friends.

Roy Abdo, who worked with Abouammo at the Middle East Broadcasting Networks, urged the court to double check the facts.

"Knowing Ahmad's personality, work ethics, and having worked with him on a personal level for over two years, something seems not right about this," Abdo wrote.

Judge Paula L. McCandlis on Friday ordered Abouammo released on bail with GPS monitoring, a mental health evaluation, and travel restrictions. His release was then at least temporarily put on hold because federal prosecutors said they planned to file an appeal Friday afternoon. 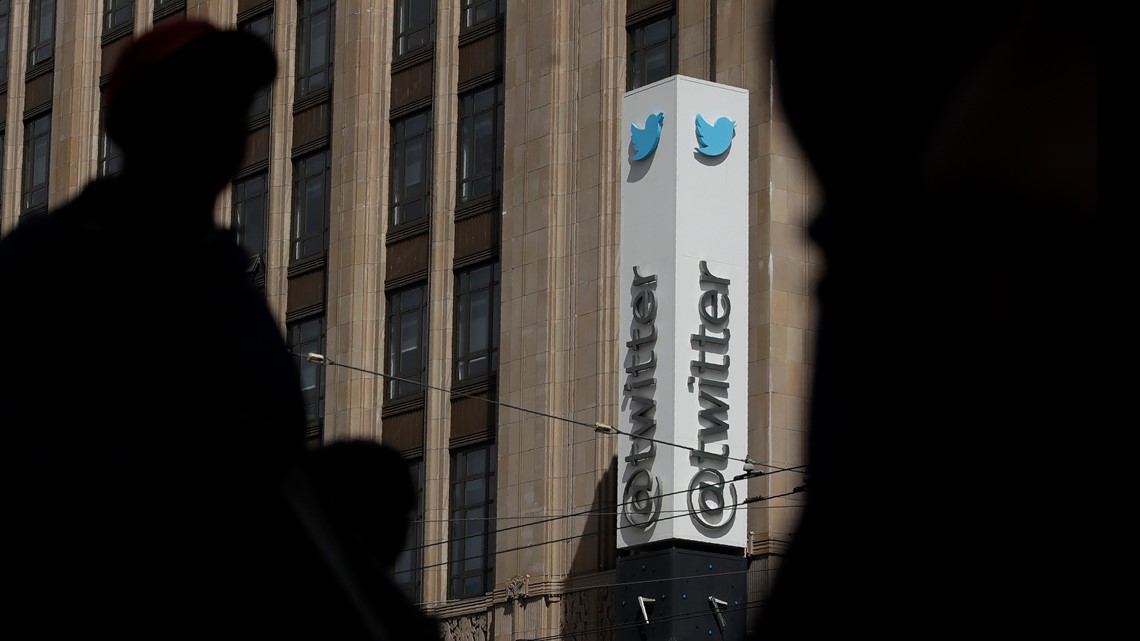 Saudis recruited Twitter workers to spy on users, US prosecutors say
SAN FRANCISCO - The Saudi government recruited two Twitter employees to get personal account information of their critics, prosecutors said Wednesday. A complaint unsealed in U.S. District Court in San Francisco detailed a coordinated effort by Saudi government officials to recruit employees at the social media giant to look up the private data of thousands of Twitter accounts.

Abouammo's attorney Christopher Black said during the hearing that Abouammo's wife, sister, uncle and a good friend were in court and that Abouammo is not a flight risk because he has no assets, is deeply in debt and surrendered his passports to agents last year.

“We trust the justice system.  We have full confidence and trust,” said Abouammo’s uncle as he walked out of the Seattle federal courtroom Friday afternoon.

Prosecutors allege Abouammo and another former Twitter employee, Saudi citizen Ali Alzabarah, were rewarded by Saudi royal officials with a designer watch and tens of thousands of dollars funneled into secret bank accounts

Documents said Abouammo was paid $300,000 by the Saudi Royal family during a one-year period.

Alzabarah and a third suspect, a Saudi named Ahmed Almutairi who worked as a social media adviser for the Saudi royal family and acted as an intermediary with the Twitter employees, are believed to be in Saudi Arabia. Both are wanted by the FBI.

The federal complaint, unsealed Wednesday in U.S. District Court in San Francisco, detailed a coordinated effort by Saudi government officials to recruit Twitter employees to look up the private data of accounts, including email addresses linked to the accounts and internet protocol addresses that can give up a user's location.

The accounts included those of a popular critic of the government with more than 1 million followers and a news personality. Neither was named.

Twitter said Wednesday it cooperated in a U.S. investigation of two former employees accused of accessing personal account information on behalf of the Saudi government.

The San Francisco-based social media company said in a statement it recognizes "the length bad actors will go to try and undermine" its service, and that there are tools in place to protect users with sensitive accounts.

A senior Saudi official in Washington said Thursday that "we expect all our citizens to abide by the laws of the countries in which they live." The official spoke with reporters on condition of anonymity to discuss issues sensitive to the government.

On LinkedIn, Abouammo lists his present work as a digital consultant with "Cyrcl," which Washington state records show was dissolved in 2017, as well as a co-founder of a "new startup that will redefine social."

He has previously worked at Amazon and Middle East Broadcasting Networks, both companies confirmed. However, the titles he listed on LinkedIn for those jobs did not match their records. His website states he is finishing a master's degree in management from Harvard University, which did not immediately confirm if he was enrolled.

In her letter to the court, Abouammo's wife, Zeina, called her husband "my backbone, my rock, and my companion." They have been married for 10 years and have three children together.

Zeina Abouammo wrote that they both suffered from mental health issues over the last year, "yet he was always strong and helpful." The allegations date back to 2014.

Abouammo's sister Amani said her brother helped her escape an abusive marriage and has taken care of her daughter, who has multiple disabilities.

"Ahmad is genuine, family guy, and generous," his cousin Rabih Abouammo wrote. "There is no way that he would jeopardize all of (this) for anything, he doesn't even need to."

Another former co-worker at the Middle East Broadcasting Networks, Shirine Hossaini, told The Associated Press he was a "really sweet, happy, very thoughtful, really trustworthy" man who was not political.

"I find it really hard to believe Ahmad would be a part of that," she said. "I can't imagine anybody changing like that. That's a big shift if it's all true."