The friendly tone of a 28-year-old airport worker who stole a commercial plane Friday night, performing acrobatic stunts before the fatal plunge into a thick island forest, belied his desperate actions. 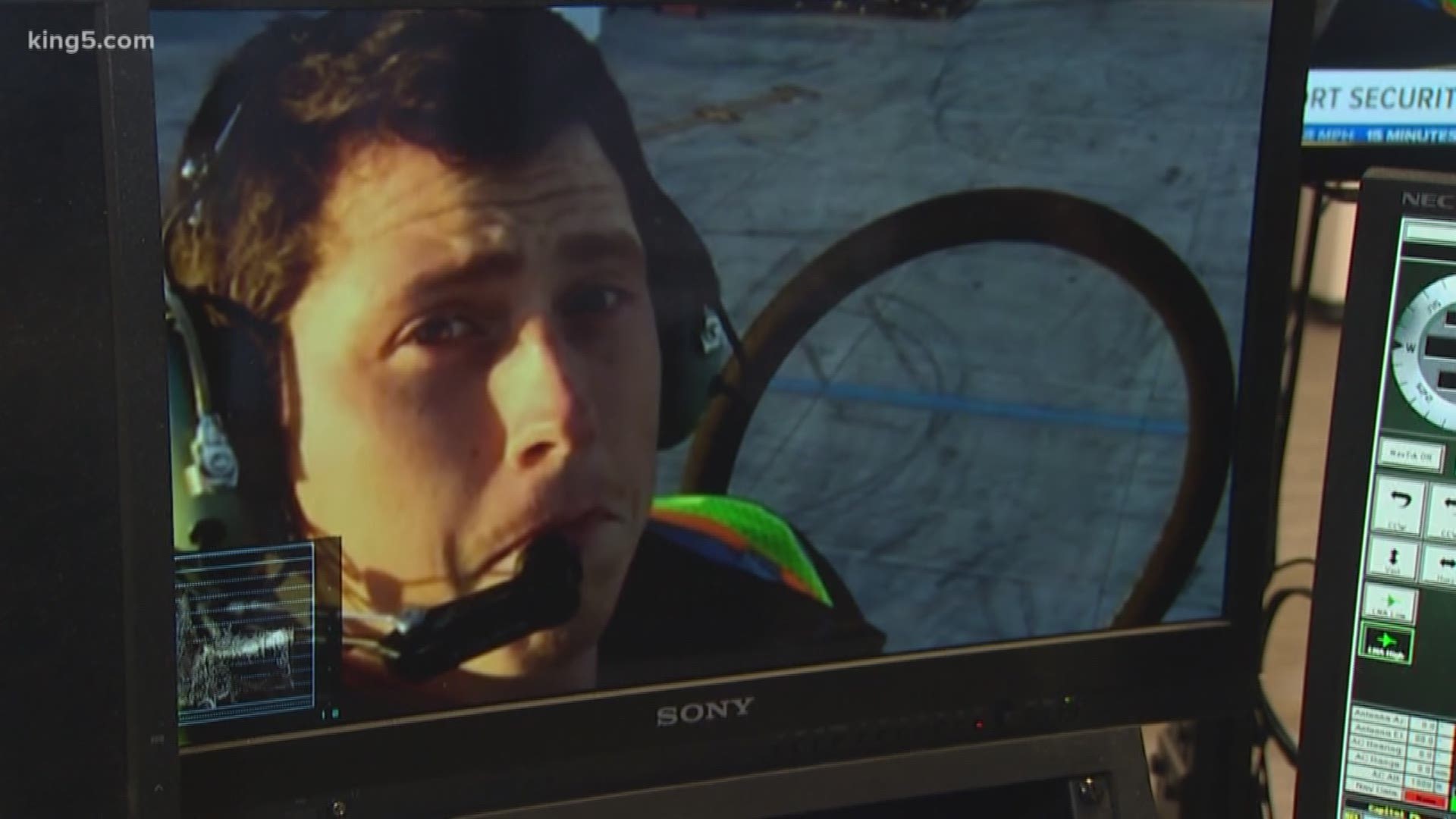 He cracked jokes, complimented the professional demeanor of an air traffic controller and apologized for making a fuss.

But the friendly tone of a 28-year-old airport worker who stole a commercial plane Friday night, performing acrobatic stunts before the fatal plunge into a thick island forest, belied his desperate actions.

"I think I'm going to try to do a barrel roll, and if that goes good I'll go nose down and call it a night," Richard Russell said from the cockpit, according to a recording of his conversation with the controller.

The Pierce County Medical Examiner's Office confirmed Sunday that Russell had died in the fiery wreckage, but whether the crash was deliberate or accidental was one of several topics remaining for investigators.

Others include how, nearly 17 years after the 9/11 attack, someone can simply take a passenger plane from a major U.S. airport without authorization.

The Seattle FBI office said Sunday that it had recovered the flight data recorder and components of the cockpit voice recorder from the Horizon plane.

The NTSB is now processing the equipment.

Tragic as Russell's death was, he could have inflicted vastly more damage had he been so inclined. Potential targets included tens of thousands of fans assembling at Safeco Field, about 12 miles (19 kilometers) away, for a sold-out Pearl Jam concert just as he took off.

"Last night's event is going to push us to learn what we can from this tragedy so that we can ensure this does not happen again at Alaska Air Group or at any other airline," Brad Tilden, CEO of Alaska Airlines, told a news conference Saturday.

The plane was a Bombardier Q400, a turboprop that seats 76 people, owned by Horizon Air, part of Alaska Airlines. It had been parked at a cargo and maintenance area for the night after arriving from Victoria, British Columbia, earlier in the day.

Russell, a 3 1/2-year Horizon employee, worked as a ground service agent. His responsibilities included towing and pushing aircraft for takeoff and gate approach, de-icing them, and handling baggage.

Authorities said he used a tractor to rotate the plane 180 degrees, positioning it so that he could taxi toward a runway. They said it's not clear whether he had ever taken flight lessons or used flight simulators, or where he gained the skills to take off. The plane didn't require a key, but it did require buttons and switches to be activated in a particular order.

His 75-minute flight during the golden twilight took him south and west, toward the Olympic Mountains. As a flight controller tried to persuade him to land, he wondered aloud about whether he had enough fuel to make it to the Olympics, talked of the beautiful view, and said he had a lot of people who cared about him, apologizing for what he was doing.

He complimented the controller: "You are very calm, collect, poised," he said.

He said flying was a "blast" and that he didn't need much help: "I've played some video games before."

"You think if I land this successfully Alaska will give me a job as a pilot?" he joked.

He also told the controller he "wasn't really planning on landing" the aircraft, and he described himself as "just a broken guy."

Authorities sent fighter jets to escort him, and the controller repeatedly tried to direct him to runways. But the plane slammed into tiny Ketron Island, a sparsely populated island southwest of Tacoma.

Russell went by "Beebo" on social media. On his Facebook page, which had limited public access, he said he was from Wasilla, Alaska; lived in Sumner, Washington; and was married in 2012.

In a humorous YouTube video he posted last year, he talked about his job and included videos and photos of his travels.

Russell's family said in a statement that they were stunned and heartbroken. They said it's clear Russell didn't intend to harm anyone, and "he was right in saying that there are so many people who loved him."

How did a worker steal a plane from Sea-Tac Airport? Expert weighs in