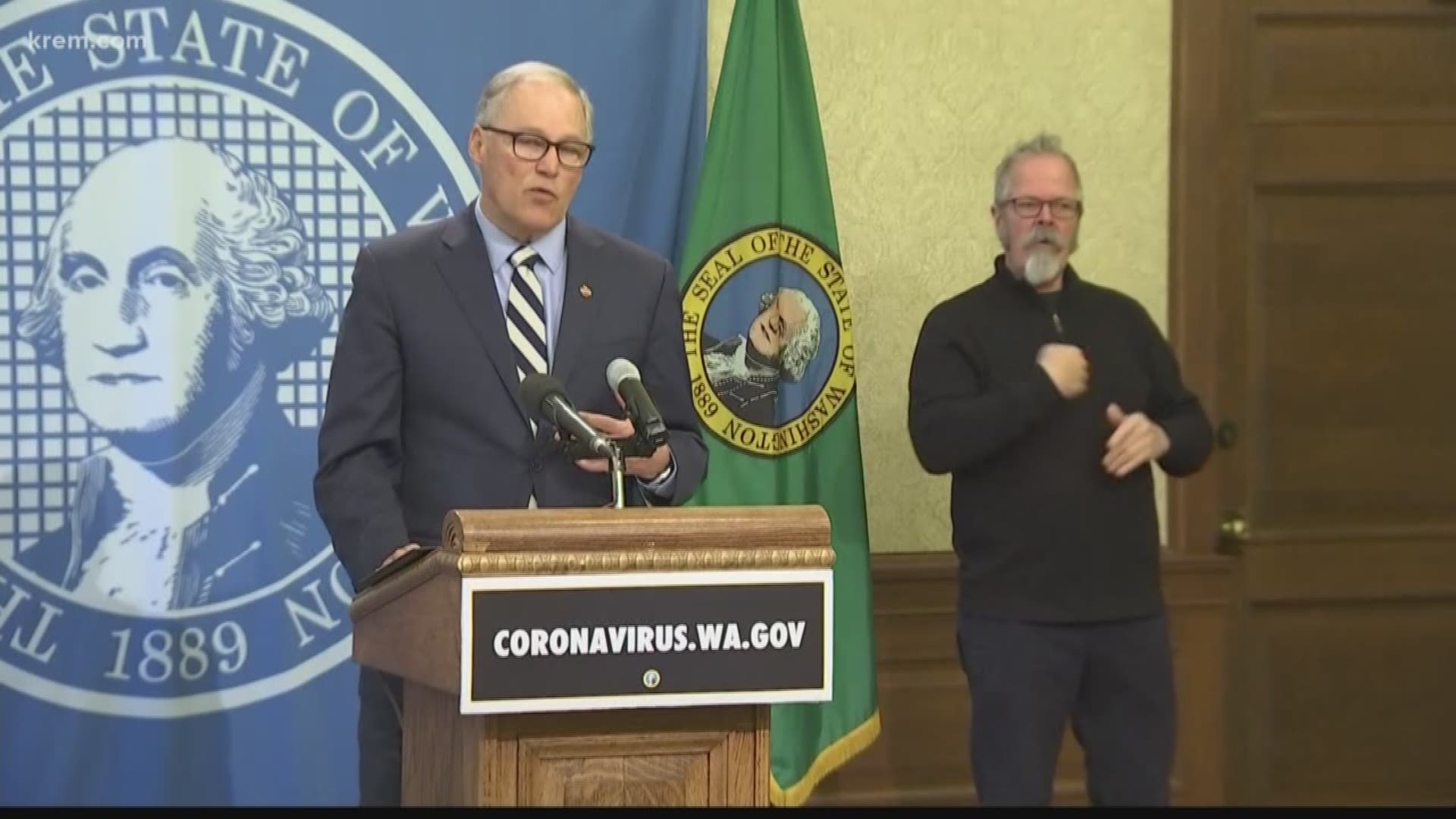 The order aimed at curbing the spread of the 2019 novel coronavirus, which has killed more than 680 people and infected tens of thousands of others in Washington state, is set to expire on May 4. Inslee said on Tuesday, though, that the state will not be able to lift most of the restrictions by that date.

In a statement released to KEPR-TV on Thursday, County Administrator Keith Johnson said:

"At a special meeting of the Franklin County Board of Commissioners this morning, the board rescinded the floor motion from Tuesday, April 21, 2020 that purportedly was intended to “re-open” Franklin County. This action was taken upon the advice of legal counsel and further review and consideration of the implications of Tuesday’s decision."

The three commissioners in Franklin County unanimously voted to reopen businesses at a meeting on Tuesday morning, with some calling Inslee's stay-at-home order unconstitutional.

All three commissioners serve on the board of the Benton-Franklin Health District.

“As far as I’m concerned the county is open, and I’d encourage people within the law and within the parameters of their own safety...to behave accordingly. That’s what I’m doing,” said Commissioner Brad Peck at the meeting.

Commissioner Clint Didier posted a handwritten copy of the motion to his Facebook page, writing that "Franklin County is now open for business." His comments were met with both support and pushback.

"And it encourages residents, to their detriment, to violate the Governor's order and state law," the letter reads.

The governor's office added that workers and businesses cannot rely on conflicting local guidance to defend against state enforcement of the order.

In the letter, Inslee directs the commissioners to “immediately retract or rescind” the resolution that declares the county open for business. 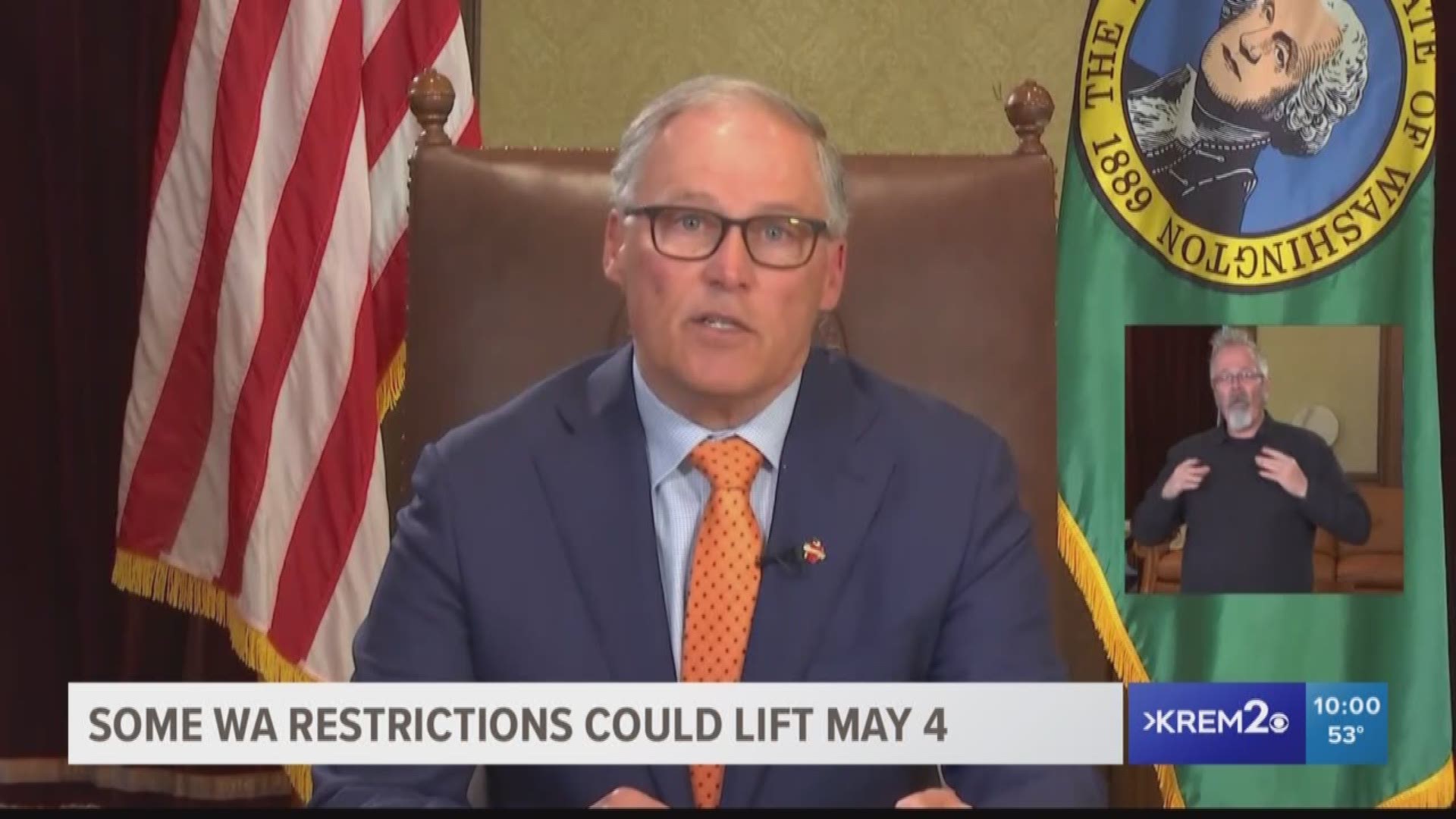 RELATED: Reopening Washington will look like 'turning of a dial,' Gov. Inslee says

While Franklin County Sheriff J.D. Raymond said he believes COVID-19 is real and proper steps should be taken to slow its spread, he wrote in a letter on Monday that he will not enforce Inslee's stay-at-home order.

“This intrudes on our right to life, liberty, and the pursuit of happiness; and neither I nor my office will enforce any arrests or fines regarding the operation of privately owned businesses," Raymond wrote.

Raymond added that Inslee has "overstepped his constitutional power" and is trying to control Washington residents under the guise of protection.

"He states that he is protecting us from the current pandemic but is simultaneously creating an economic crisis," he wrote.

Raymond has since retracted certain statements made within the letter. But he said he stands by his belief that local businesses should reopen.

Spokane City Council President Breean Beggs, who is a lawyer and previously served as executive director of the Center for Justice civil rights firm, previously told KREM that it's an accepted legal principal that law enforcement use their own judgment to enforce laws.

In Spokane, Mayor Nadine Woodward says she wants a regional reopening before the state opens as a whole.

Woodward said in a Twitter thread on Friday that she is pushing for a "regional and slow approach" to opening the economy during conversations with Inslee, emphasizing that "Spokane is drastically different than western Washington."

However, state officials were resistant to that idea on Tuesday. On a call with reporters, leaders including Inslee's Postman and State Health Officer Kathy Lofy explained that regional re-openings could cause new surges of the virus thanks to travel.

They also pointed out some smaller towns have already struggled with an influx of people fleeing larger cities in Washington to go to vacation homes. There's concern if some areas were allowed to open early, there could be excessive migration or tourism to those places, causing a variety of problems.