18 volcanoes in the U.S. were categorized as a "very high threat" and four of them are in Oregon. 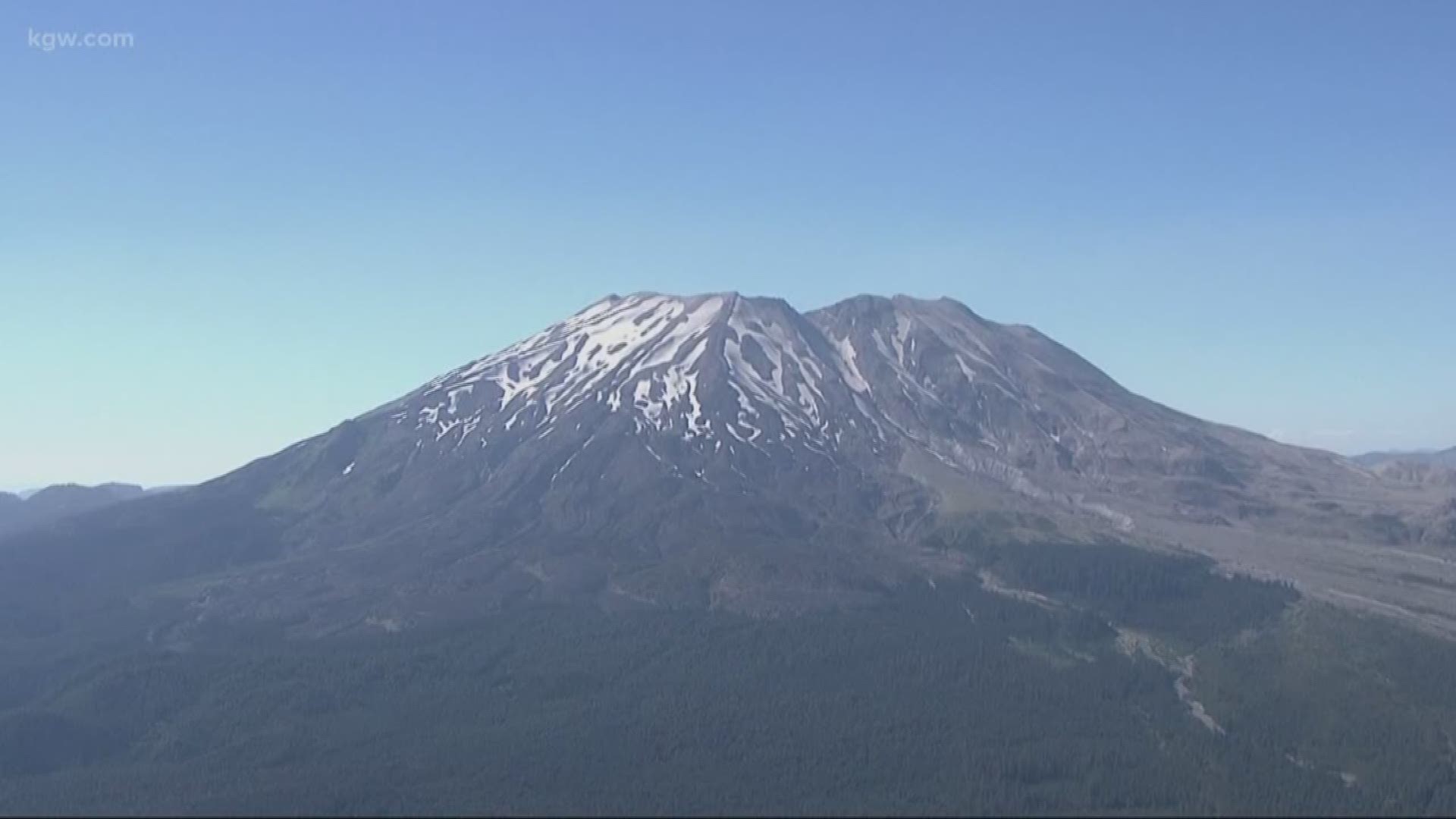 WASHINGTON (AP) — Government scientists have classified 18 U.S. volcanoes as "very high threat" because of what's been happening inside them and how close they are to people.

The U.S. Geological Survey has updated its volcano threat assessments for the first time since 2005. The danger list is topped by Hawaii's Kilauea , which has been erupting this year. The others in the top five are Mount St. Helens and Mount Rainier in Washington, Alaska's Redoubt Volcano and California's Mount Shasta .

"This report may come as a surprise to many, but not to volcanologists," said Concord University volcano expert Janine Krippner. "The USA is one of the most active countries in the world when it comes to volcanic activity," she said, noting there have been 120 eruptions in U.S. volcanoes since 1980.

Eleven of the 18 very high threat volcanoes are in Oregon, Washington and California. 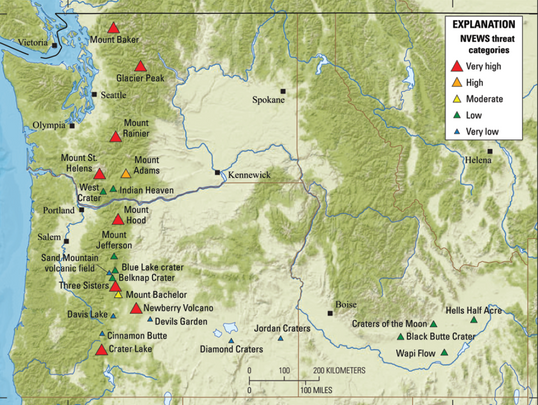 Government scientists use various factors to compute an overall threat score for each of the 161 young active volcanoes in the nation. The score is based on the type of volcano, how explosive it can be, how recently it has been active, how frequently it erupts, if there has been seismic activity, how many people live nearby, if evacuations have happened in the past and if eruptions disrupt air traffic.

They are then sorted into five threat levels, ranging from very low to very high.

Denison University volcanologist Erik Klemetti said the United States is "sorely deficient in monitoring" for many of the so-called Big 18.

"Many of the volcanoes in the Cascades of Oregon and Washington have few, if any, direct monitoring beyond one or two seismometers," Klemetti said in an email. "Once you move down into the high and moderate threat (volcanoes), it gets even dicier."

Threat scores — and levels — change because of better information about the volcanoes, Klemetti said.

Among those where the threat score — but not the threat level — is higher are Alaska's Redoubt, Mount Okmok, Akutan Island and Mount Spurr. Threat scores also rose for Oregon's Newberry Volcano and Wyoming's Yellowstone.

Besides the top 5, the rest of the Big 18 are: Mount Hood, Three Sisters and Crater Lake in Oregon; Akutan Island, Makushin, Mount Spurr and Augustine in Alaska; Lassen and Long Valley in California; Mount Baker and Glacier Peak in Washington; and Mauna Loa in Hawaii.

You can read the full report at USGS.gov.