In his first campaign for public office, former Police Chief Jim Pugel announced his will run for Seattle City Council. 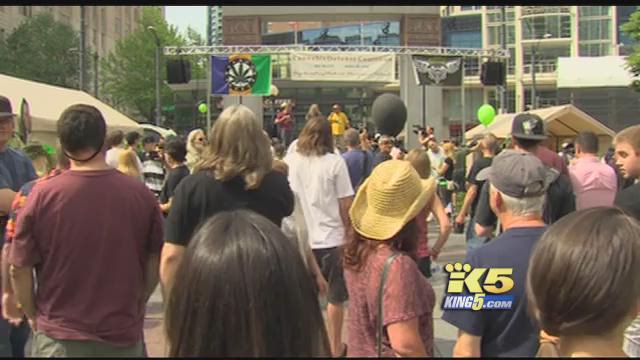 Editor’s note: The video above is an archive video from when former Interim Police Chief Jim Pugel spoke to the crowd during a pro-cannabis rally in Seattle.

Former Seattle Police Chief Jim Pugel announced Monday he will run for City Council, according to a press release.

This will be Pugel’s first campaign for public office and will run for the District 7 seat. Incumbent Sally Bagshaw announced in November she will not seek re-election.

Pugel is expected to formally announce his campaign for Seattle City Council Tuesday morning near the Firefighters Memorial in Occidental Square. Pugel will be joined by supporters who have worked with him throughout his career, according to a press release.

Candidates have until May to formally file paperwork with the city to be on the ballot.