"I wouldn't say they were particularly hardcore questions. I think, in general, it was a pretty friendly crowd," said one attendee. 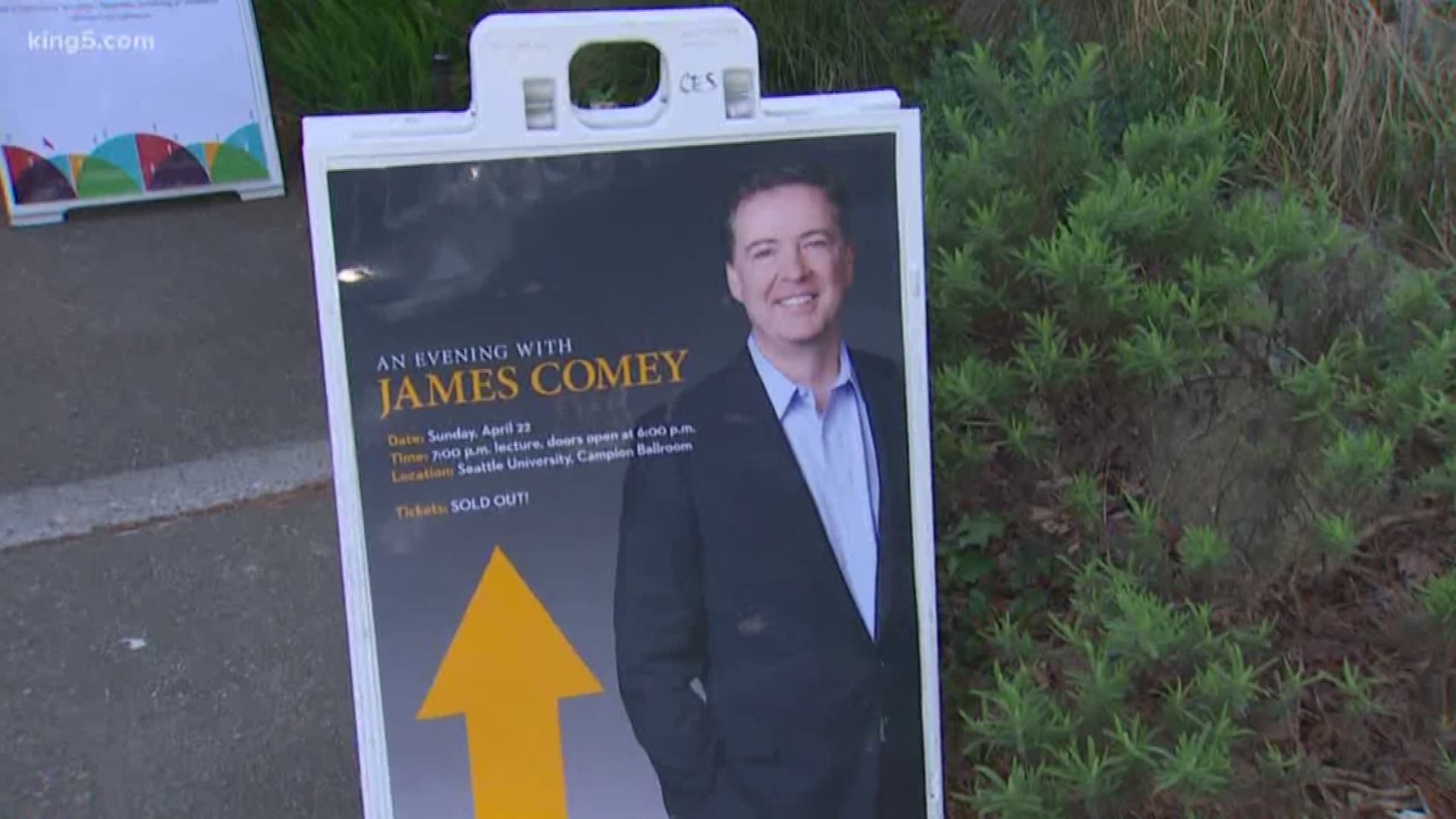 The event is only for Amazon employees and is part of a lecture series that brings together authors, musicians, actors, and public officials, for regular chats exclusively for employees.

On Sunday evening, Comey spoke to a crowd of around 700 people at Seattle University as part of his nationwide book tour.

“I basically wanted to see if he passed the sniff test,” Mary Ann Cincotta, one of about 700 people who snatched up tickets to the sold-out event at Seattle University, said.

Cincotta, who said she read an entire transcript of one of Comey’s hours-long TV interviews, said she felt the experience of seeing him in-person might help her better understand him.

“I think what I learned was that he really is a person of integrity, it comes through when you see him speak,” she said.

Comey, who was fired by President Donald Trump, is promoting his new book, A Higher Loyalty: Truth, Lies, and Leadership. In it, he compares the president to a mob boss and blasts Trump for being "untethered to the truth."

The Sunday evening event in Seattle was closed to the news media. Questions from the audience were submitted on cards, attendees said. And there were few, if any, surprises.

“The questions were maybe a little softball in the beginning, but I think he’s posturing to say: Hey, let's get above politics and make it more about the morality and values in America,” said attendee Nich Weinheimer.

“I wouldn’t say they were particularly hardcore questions. I think, in general, it was a pretty friendly crowd,” Cincotta said.

The Republican National Committee just launched a new website, lyincomey.com, meant to discredit Comey, calling him a partisan, political leaker. The campaign said it plans to follow Comey on his book tour, with someone in a lion costume, trying to call attention to their cause.

There was no sign of the lion in Seattle Sunday; though one woman, an independent activist, tried to tape up signs criticizing Comey.