Flying mattress on I-90 a reminder that drivers need to secure loads, troopers say 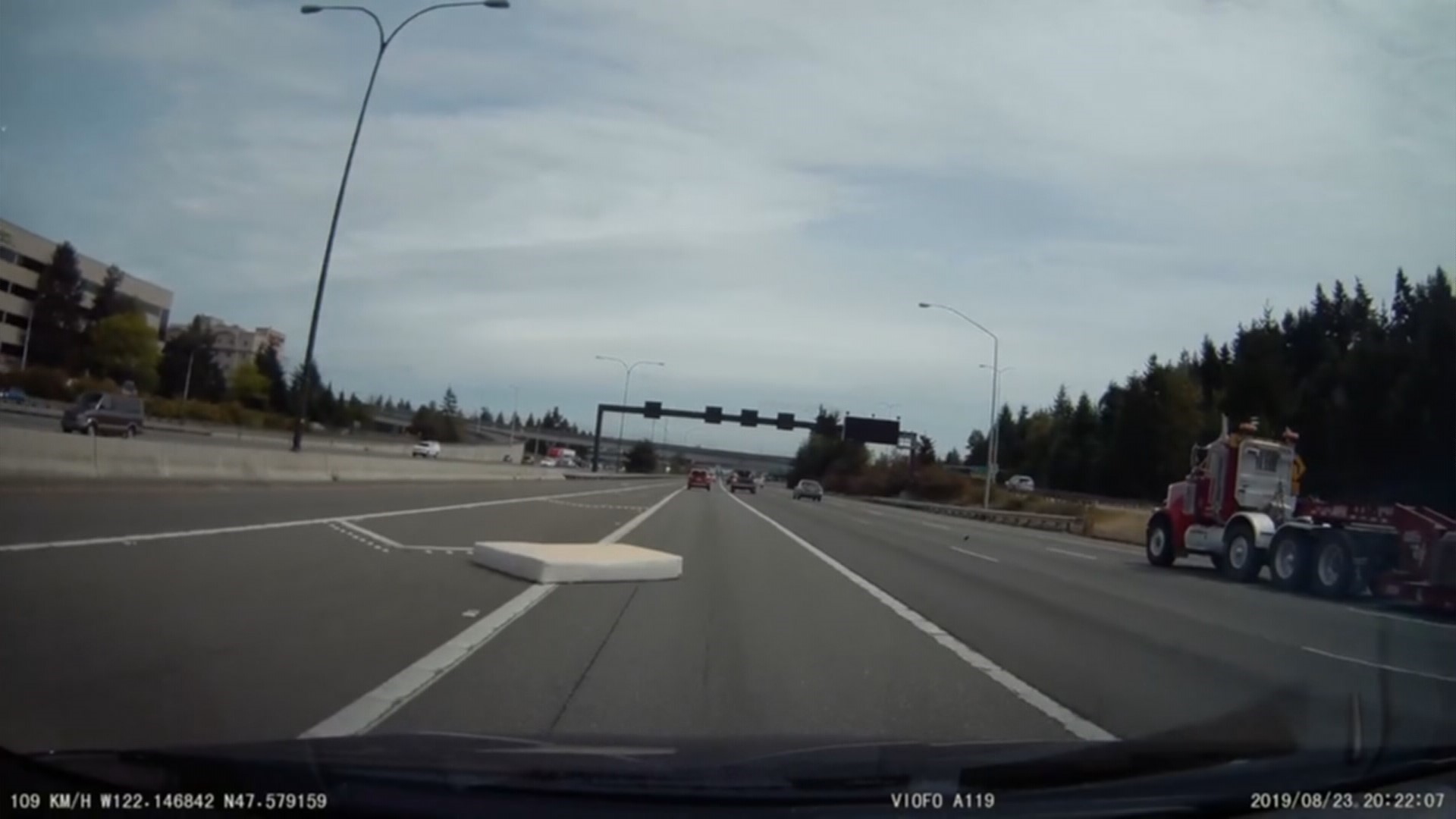 BELLEVUE, Wash. — Washington State Patrol is reminding drivers to secure loads they may be transporting after two incidents over the weekend.

Friday, Rey Karlsson was driving on I-90 in Bellevue with his wife and infant son in the car.

“We’re behind this truck a couple lanes over, and just out of the blue the mattress strapped to the back just flies loose, and goes flipping in the air,” he said.

The mattress, or possibly box spring, landed right in front of his vehicle, forcing him and several other drivers to swerve around it. He wasn’t hurt but still, it was a closer call than he’d like.

“Could have had a mattress on top of my car,” he said. “Could have been a serious accident.”

Saturday, Washington State Patrol trooper Rick Johnson shared images of a piece of metal embedded in the front of a car, which allegedly flew off a truck. He tagged it with #SecureYourLoad, an important issue for WSP.

“The Washington State Patrol wants to stress to the motoring public to strictly abide by the Secure Your Load Law,” Johnson said. “This is a very important public safety issue. As recent as Saturday a vehicle was struck by a large piece of metal that was stuck in the front of the car. Secure Your Load!”

WSP offers the following five tips for securing your load:

• Tie down load with rope, netting or straps

• Tie large objects directly to the vehicle or trailer

• Cover the entire load with a sturdy tarp or netting

• Always double check load to make sure all is secure

Failure to secure a load in transit can lead to a citation, or even criminal charges. Washington created more serious penalties after a woman was blinded by road debris in a 2004 incident on I-405 in Renton.

For Karlsson - the close call is something he’ll remember, whether he’s transporting cargo, or near another vehicle doing so.

“Probably one of the things I’m most concerned about when hauling stuff is making sure it’s strapped securely,” he said. “Don’t want that to happen. That could be a serious accident.”